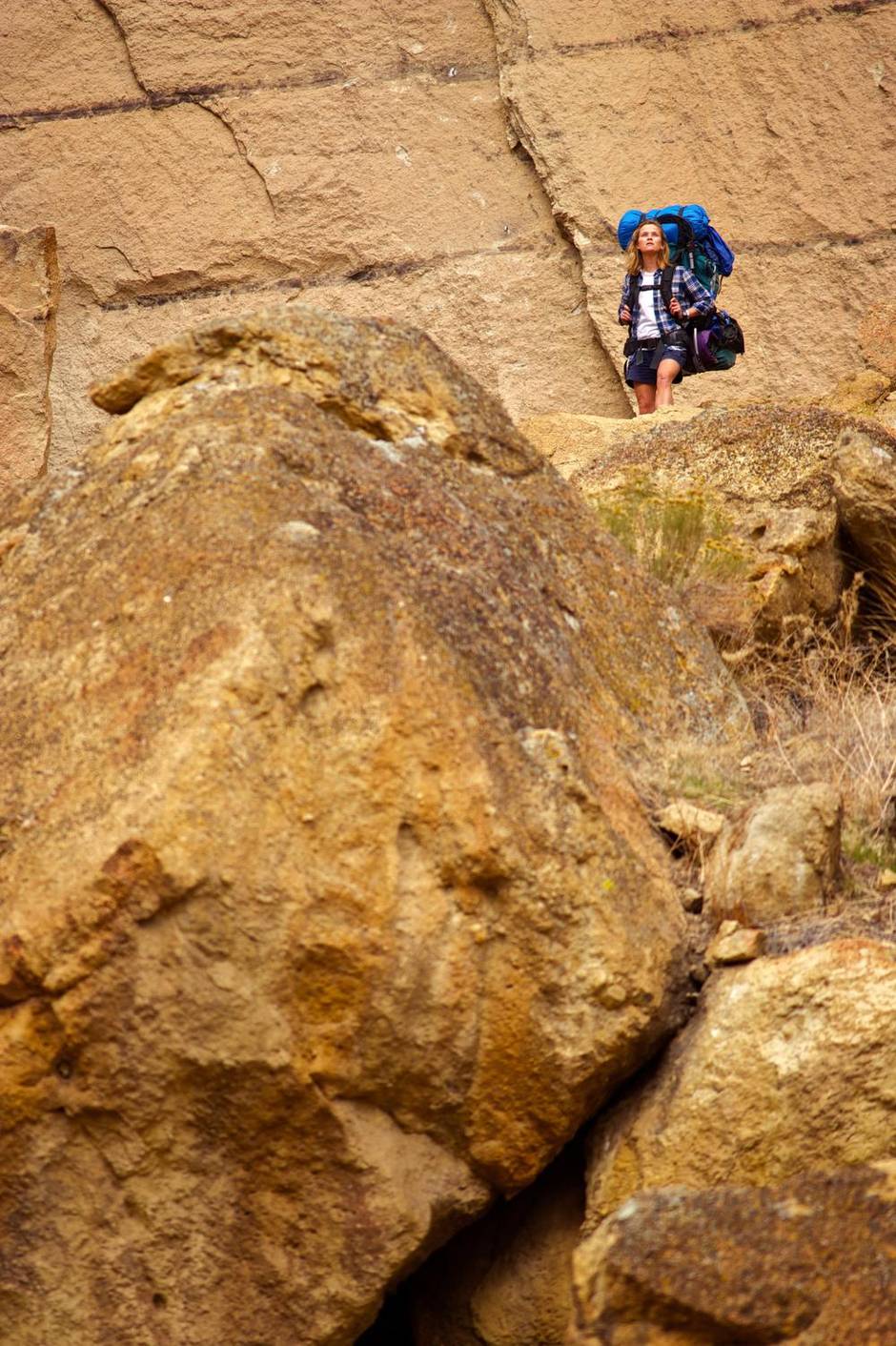 Movies are not life. They’re better. That’s why we watch them and worship their stars. Those 120 minutes in a dark theatre are a chance to dream big and live vicariously. While millions of us want to be Jason Bourne, few of us will actually join the CIA.

Yet, every once in a while, a film comes along that offers an adventure within reach – at least theoretically.

Wild, which opened in Toronto on Friday and stars Reese Witherspoon, is the story of Cheryl Strayed, who found happiness by hiking 1,770 kilometres of the Pacific Crest Trail (PCT) in 2005 at the age of 26. Her memoir of the brutal journey sold in the millions. Talk about the fruits of adversity.

So, will those same millions who read the book and watch the movie strap on a 23-kilogram backpack for six months? Will they cross the mountainous spine of California, Oregon and Washington in order to heal what ails them, as Strayed did to recover from the double blow of her mother’s death and an addiction to bad drugs and worse men?

Not millions, no. Traffic was up this summer on the PCT, as it has been since Wild, published in 2012, became a code-word for doing something seemingly impossible to turn your life around. But the numbers are still tiny. Of the thousand hikers last year who set out from the Mexican border to enter “a world that measured two feet wide and 2,663 miles long,” as Strayed describes it, only two dozen made it to the finish at the edge of Manning Park in British Columbia. Not even Strayed did the whole route.

That said, many thousands of weekend hikers will take on sections of the PCT, just as they do the 885-kilometre Bruce Trail in Ontario or the 540-kilometre East Coast Trail in Newfoundland.

But, long-distance hiking is to weekend hiking what a triathlon is to a tricycle: It takes planning, falling down, getting up and not giving up. Because the rewards are worth every blister, bruise, and scary encounter with a rattlesnake or stinging nettles.

In 1992, a year after we met, we decided to hike the Appalachian Trail (AT) for three months. This is the eastern cousin of the Pacific Crest, running from Georgia to Maine. The Appalachians aren’t as high as the Rockies and they lack the frying-pan heat of the Mojave Desert, but they’re the same in being able to humble and exhilarate you at the same time. (We got married the next year: If we could survive Appalachia together, we could survive life.) That summer sparked a love of mountain hiking that’s taken us all over the world, including to Washington State for two week-long treks on the PCT.

So, we watched Wild with wary eyes and left the theatre loving it. Hollywood managed not to ruin the whole up-and-down experience, and Witherspoon wore the Thousand Mile Stare that all long-distance hikers see the world through.

But if you see the movie and start thinking: “Ya, I would do that,” here’s what you need to know. 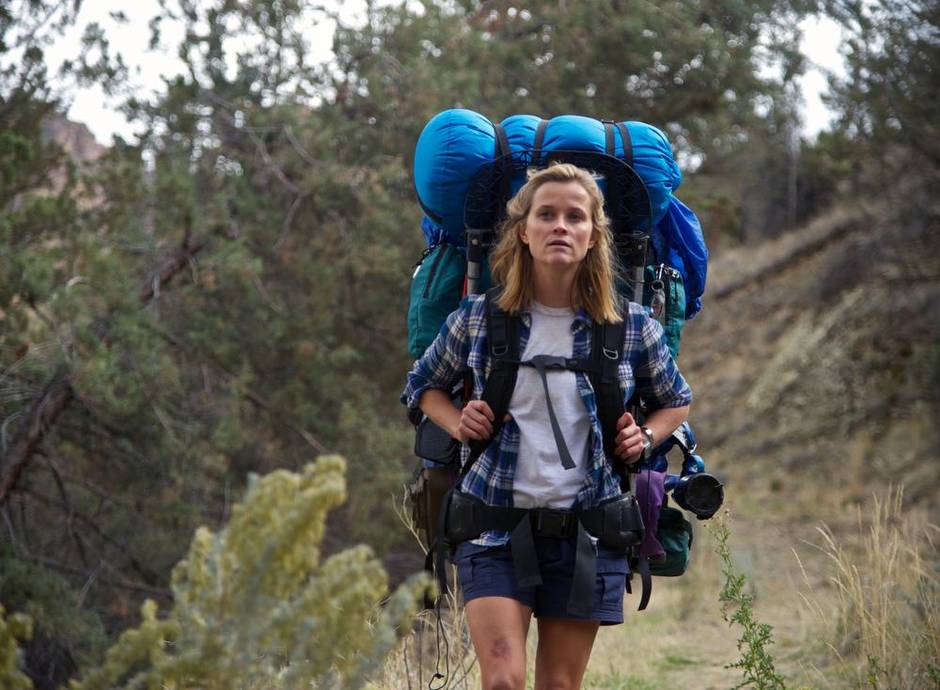 DON’T WEIGH YOURSELF DOWN

Strayed turned her backpack into a character by calling it “the Monster” after she got down on the floor of her motel room the night before setting out and couldn’t lift her pack at all, let alone stand up with it. A week later, a trail veteran took her aside at a campsite and told her to throw out stuff she didn’t need – from an axe to a saw to a book, or at least the parts she’d already read. The Monster lost 4.5 kilograms. We could relate. Our toilet paper was tree moss.

Strayed often walked into a backwoods town or ranger station to pick up a box of food and clothing she’d sent herself before setting out. In each one was a note from her ex-boyfriend charting her progress: “If you’ve made it this far, you’ve just hiked 100 miles across the Mojave Desert.”

We did the same and after a week of packaged trail food (not so great in 1992), we lusted for the instant rice, powdered milk, canned tuna and sauces in those boxes. Also, think about mailing an extra camp stove and footwear. We went through five stoves in our 1,600-kilometre journey (slow learners) and everyone will go through at least two pairs of boots. 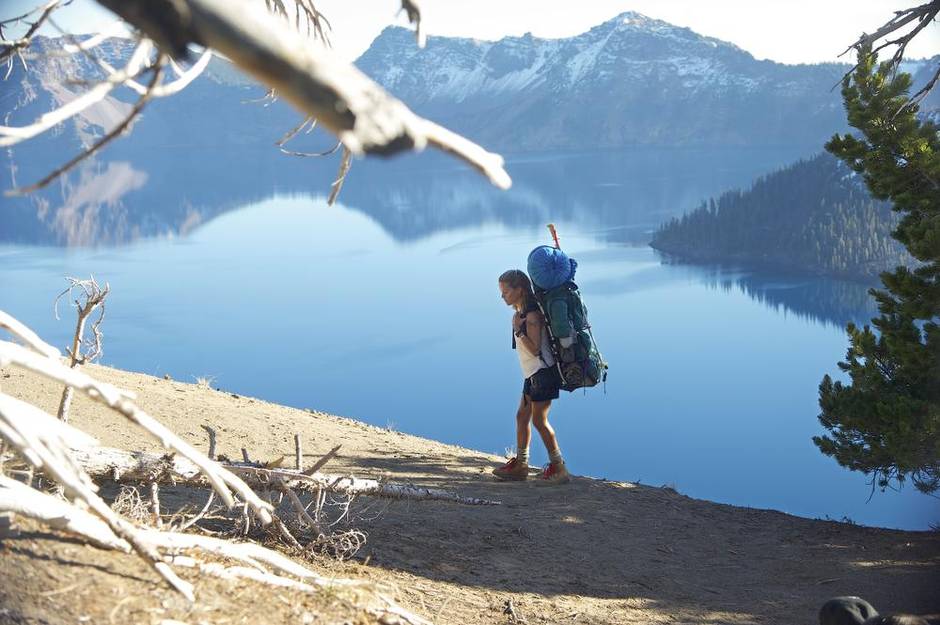 (Photos of the film Wild by Anne Marie Fox)

YOU CAN NEVER HAVE TOO MANY BOOTS

In the opening scene of the book and the movie, one of Strayed’s boots falls over a mountain ledge. She’d taken them off when she sat down to enjoy the view, and the Monster toppled on to them. Thirty eight days into her journey, she’d lost the most important thing every hiker must have. Damning her fate, she threw her other boot over the edge as well. So, she Duck-taped her sandals to the top of her feet and slogged on. She also ordered new boots at her next stop from REI, a U.S. recreational equipment outfitter, and had them mailed to her at the next town.

YOU WILL LOSE WEIGHT AND SMELL BAD

Running a marathon burns about 3,500 calories. Hiking 10 hours a day with an 18-kilogram pack burns up 5,000 calories. No wonder we lost tons of weight. When we went for dinner off the trail one night in Tennessee, we split a barrel of Kentucky Fried Chicken. For us, it was health food; we needed plenty of salt and fat.

When Strayed buys lipstick in anticipation of a hot date in a trail town, the sales lady tells her that she should always look out for her personal hygiene – code for: “You smell incredibly bad!”

When we arrived at the last stop on our journey in Tyringham, Mass., we decided to splurge by staying that night at a country inn. Alas, the sign outside said: “No hikers!” We knew why. 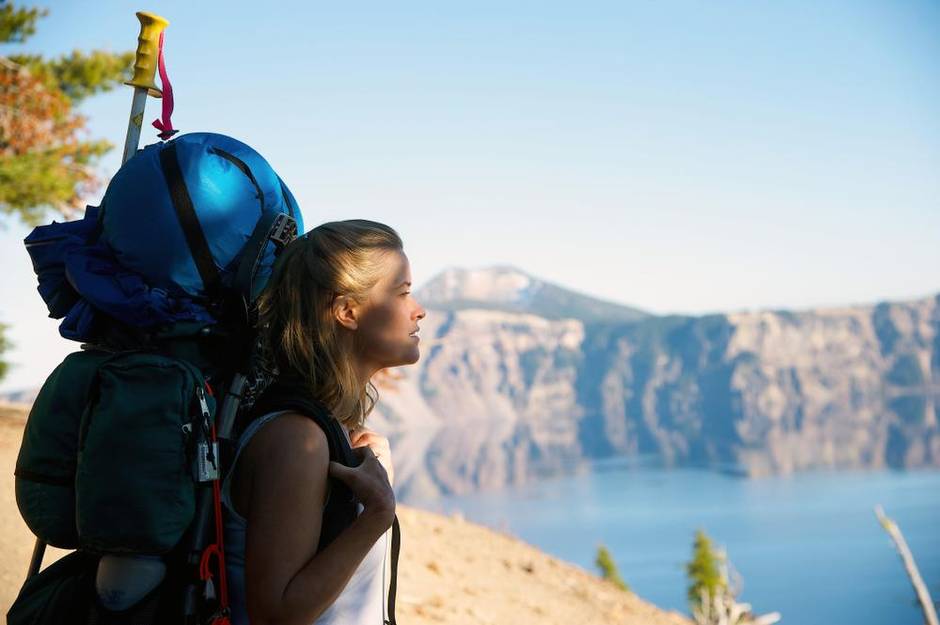 HITCHHIKING IS FUN AND DANGEROUS

Strayed gets a lift from a carload of aging hippies. They look threatening – a slice of America we rarely see. A few days later, she gets picked up after dark by a guy who wants to take her back to his house. She resists. He persists. She walks in and – meets his wife. It’s the start of a beautiful friendship.

Every 10th day, we would hike down off the mountain trail

and hitchhike into a backwoods town to get food, do laundry

and have a shower. We were picked up by all kinds of odd-balls, many with rifles and Confederate flags in their pickups. Most of them thought we were crazy, too. And that mutual curiosity created some amazing conversations.

This isn’t to say that if you’re hitchhiking alone, you shouldn’t be extra careful. But time and again, when we got lost, or blew up a stove, or ran out of water, or were in a hut with a bunch of rowdy teenagers, people came to our aid, often like magic.

WHEN IT’S ALL DONE, YOU’LL BELIEVE IN YOURSELF

After finishing her hike at the Bridge of the Gods on the Columbia River on the Oregon-Washington border, Strayed shared her triumph with a stranger. She writes:

“‘I walked over eleven hundred miles,’ I said, too excited to contain myself. ‘I just finished my trip this morning.’

“I nodded and laughed.

“‘That’s incredible. I’ve always wanted to do something like that. A big journey.’ 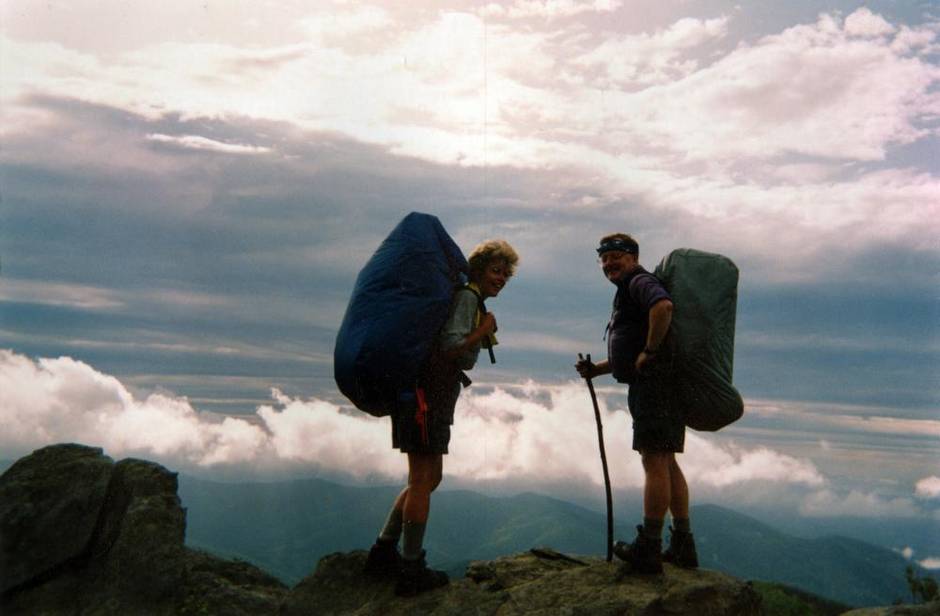 Like its Pacific Crest counterpart, the Appalachian Trial, running from Georgia to Maine, can humble and exhilarate at the same time. (Bob Ramsay)
Follow us on Twitter @tgamtravel Opens in a new window
Report an error Editorial code of conduct
Due to technical reasons, we have temporarily removed commenting from our articles. We hope to have this fixed soon. Thank you for your patience. If you are looking to give feedback on our new site, please send it along to feedback@globeandmail.com. If you want to write a letter to the editor, please forward to letters@globeandmail.com.
Comments