Bested by the mall? Take heart: Your hours spent tracking down that Elsa doll were not in vain. As The Strong National Museum of Play reminds visitors, the joy of cherished playthings lasts far beyond Christmas morning 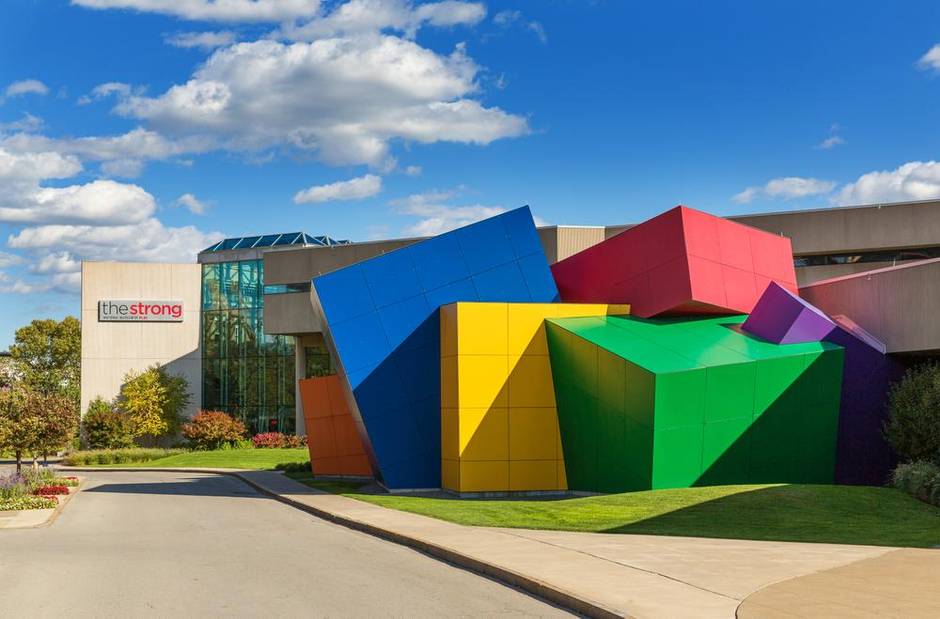 Circling The Strong museum’s opening rooms, I am struck by the tone of the place: It treats the business of play seriously. On one wall is a Ninja Turtles action figure – one I remember getting for my sixth or seventh birthday – pinned, preserved and tagged like a butterfly in an entomological display. A steerable wooden sled with metal runners and the name “Flexible Flyer” emblazoned on its seat sits upright in another glass display case. On small cards annotating the exhibits are thoughts on play – some unrepentantly abstract – from thinkers as diverse as ancient Greek philosopher Heraclitus and contemporary Hungarian psychologist Mihaly Csikszentmihalyi. Meanwhile, all around, kids tear about the room, marvelling at the giant kaleidoscope and mastering the chutes and pulleys of the overhead ball machine. It is unlike any museum I’ve seen before.

Home to more than 400,000 objects related to the history of leisure, The Strong National Museum of Play in Rochester, N.Y. holds the world’s largest collection of toys, dolls, games and other playthings. It is at once a repository of artifacts, a playground for old and young alike, and a leading research centre on how we as a culture play, and the values we prize in those innocent-seeming schoolyard games. For visitors of a certain age, it is also an express shuttle down memory lane – and a reminder that battling Christmas crowds to track down that year’s must-have amusement is not for waste. The message here is clear: Toys matter.

The backbone of the museum’s holdings were bequeathed by Margaret Woodbury Strong, a wealthy collector who founded the museum in 1968, then donated her estate, including about 27,000 dolls, when she died the following year. The Strong opened its 13.5-acre downtown campus in 1982. 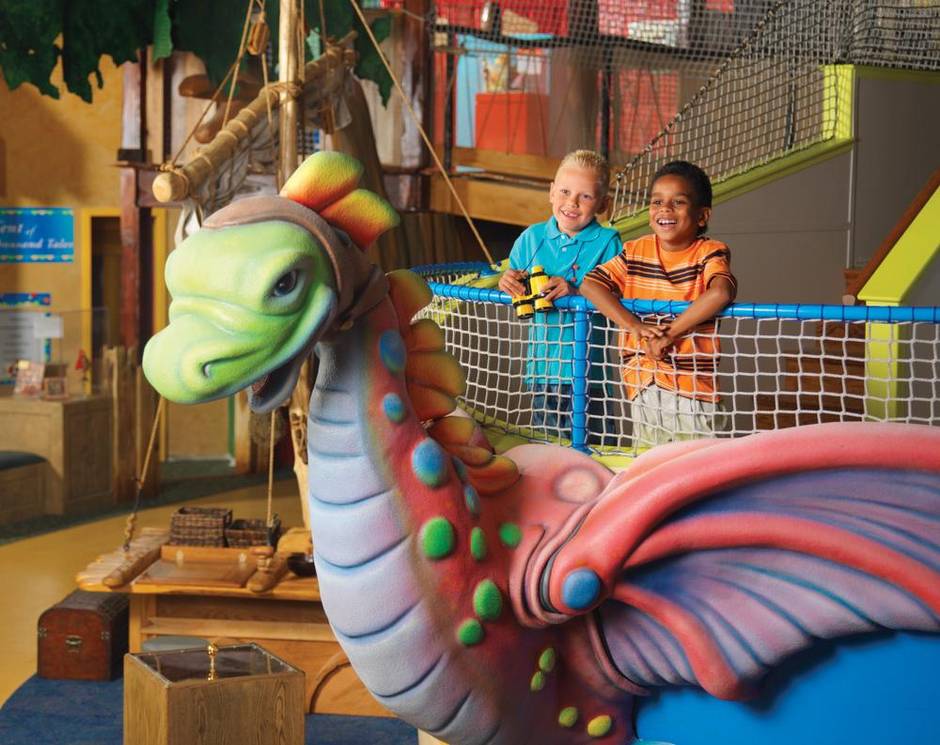 Each room is a buzzing, candy-coloured world unto itself – an ode to the Berenstain Bears, to American comic book heroes, to fairy tales. In a temporary exhibit about Lego, I’m almost trampled by a party of waist-high adventurers in sequined armour, probably in pursuit of a dragon. One room later, a little guy, maybe two or three years old, wrapped in a cape that says “POW,” runs square into me, falls over and then flies off again. I can think of no better display of Csikszentmihalyi’s notion of “flow” – that is, the highly focused, deeply satisfying state of consciousness achieved when you engage in an all-engrossing activity such as play – than the escapades of these wee knights and superheroes.

Every year since 1998, The Strong inducts our most beloved playthings into the National Toy Hall of Fame, judged on criteria such as longevity, iconicness and innovation. 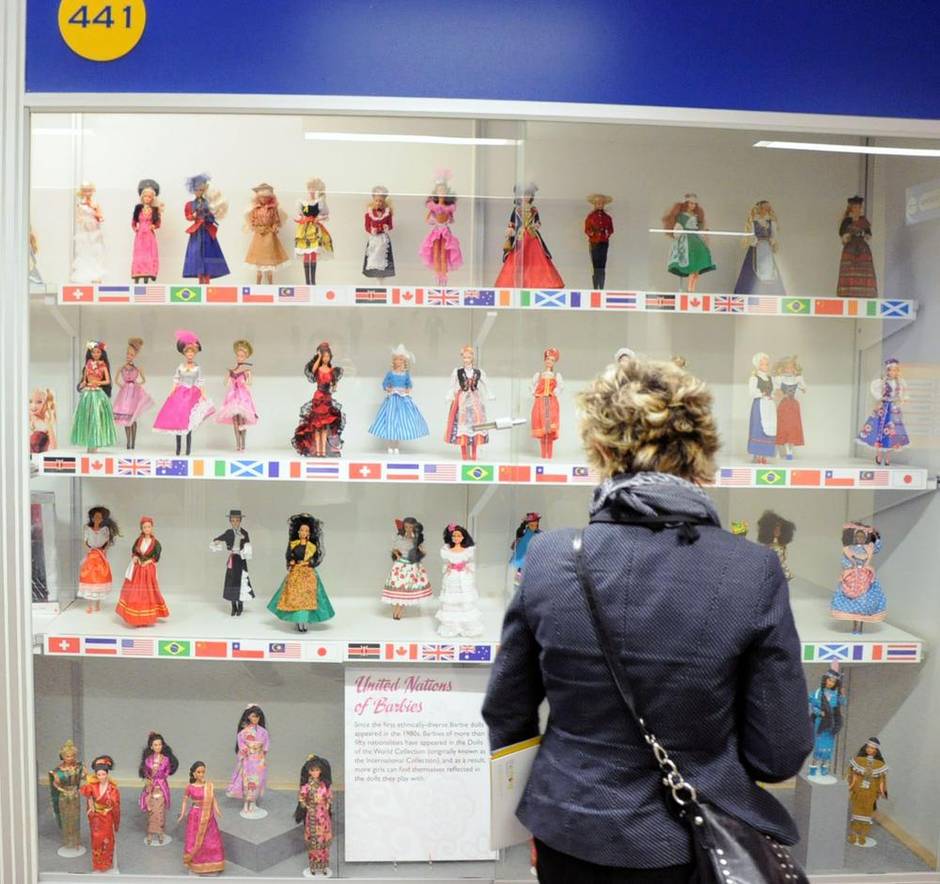 In its inaugural year, Barbie was recognized; in 2005, the plain ol’ cardboard box – that anonymous vessel for imagination – was honoured. Inductees are celebrated with a permanent exhibition on their history: Upstairs, in the impressive wave-like structure of the Caterpillar Atrium, old favourites, including Slinky, the Duncan Yo-Yo and Play-Doh, enjoy the same reverence and historical consideration elsewhere afforded rare artifacts. Last month, green army men, soap bubbles and the Rubik’s Cube joined the roster. Toys are powerful triggers, Strong curator Nic Ricketts tells me. “They help us to remember.” More than mere novelties, they are tied into our personal histories – Ricketts can’t pass a Monopoly box without thinking of some of his family’s more legendary games, he says – and they help tell the larger stories of our time, too. Stationed alongside their more familiar-looking comrades, for example, stands a group of half-melted plastic soldiers, damaged by the desert sun and holding a sign that says “Homeless vet, please help.” U.S. Army Major William Hartel reworked the figures when he was deployed in the Middle East – shaping his representation of military service today. 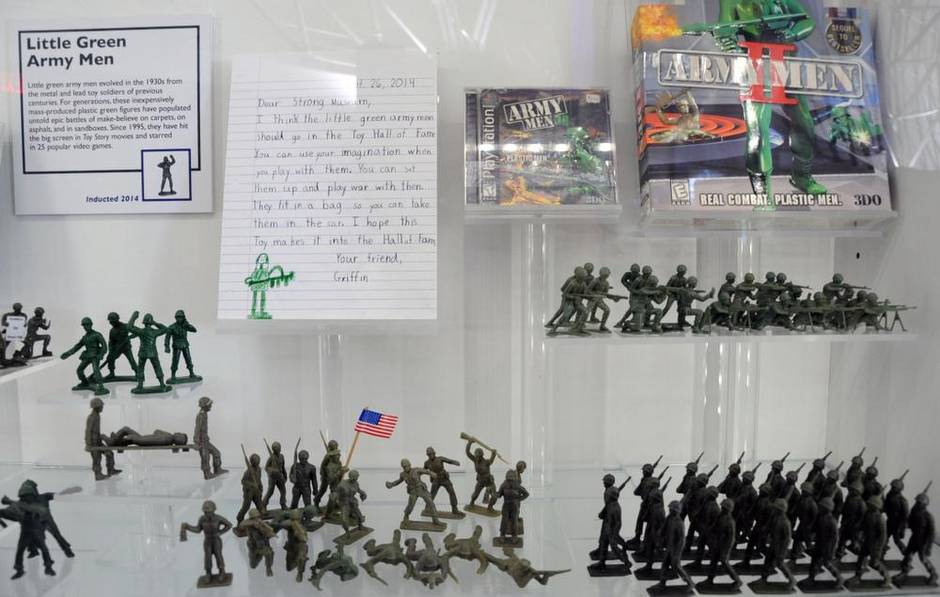 Past the Star Wars figurines, the hula hoop and into the adjoining Game Time! exhibit, I follow a set of displays that wind through the history of games and puzzles, from the playing cards of 9th-century imperial China to Settlers of Catan and Cranium. Photographs of lithographer Milton Bradley, the Parker Brothers and Marvin Glass (the man behind Rock ‘Em Sock ‘Em Robots, Operation and Mouse Trap), punctuate the chronology; these are the founding fathers of the games industry.

Throughout the exhibits, curators aren’t afraid to pull back for big ideas. “Like any good history museum,” Ricketts says, “we’re teaching social history, and you can view into history through any pathway. We do it through play.” One annotation considers the subversiveness of Twister, released in 1966 and already selling sex in a box at the dawn of the sexual revolution. Another positions the board games Risk and Stratego as reflections of the Cold War. 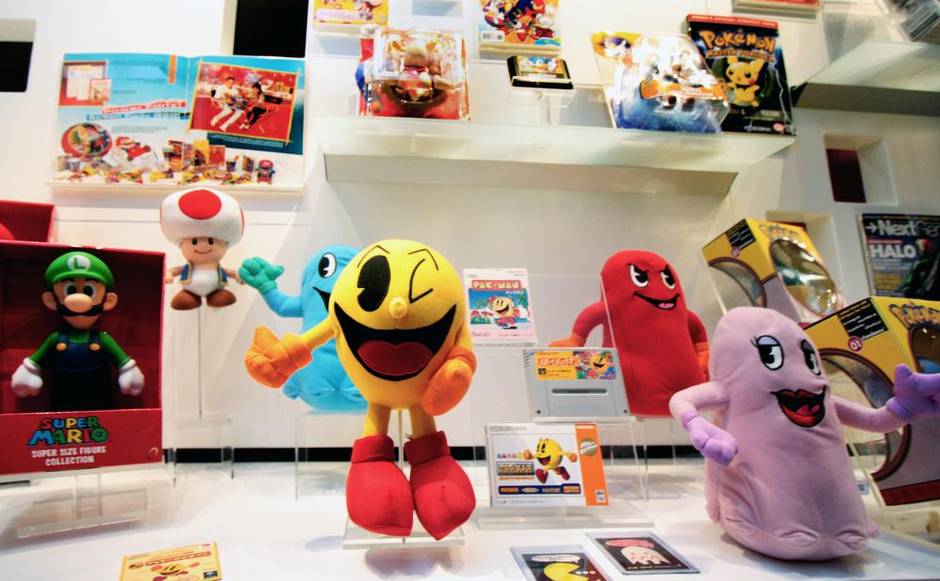 Chasing the ding of pinball bumpers, I make my way to eGameRevolution. Here, the International Center for the History of Electronic Games presents relics such as SimCity creator Will Wright’s notebooks, an Apple II that John Romero used to program Doom and Atari founder Nolan Bushnell’s first arcade game, Computer Space. An admirable collection of playable arcade games, from Robotron: 2084 to Guitar Hero, surround the displays. It’s these exhibits – a Where in the World is Carmen Sandiego? CD-ROM, the Little Professor calculator and a Mortal Kombat cartridge – that at last stirs a fuzzy nostalgia in me, unlocking a bygone world of basement sleepover parties, grape soda and cheat codes.

I challenge my mother (it seemed appropriate to bring the person who bought most of my toys) to a sort of proto-Pong game on a replica Ralph Baer Brown Box console hooked up in the corner. We’re both pretty lousy. The dial controls feel unfamiliar, but slowly I begin to understand the movement of the paddle, the sensitivity, the timing, how to apply English. I feel my control tighten. It took nearly all day, but in the temple of toys, I’m finally playing. 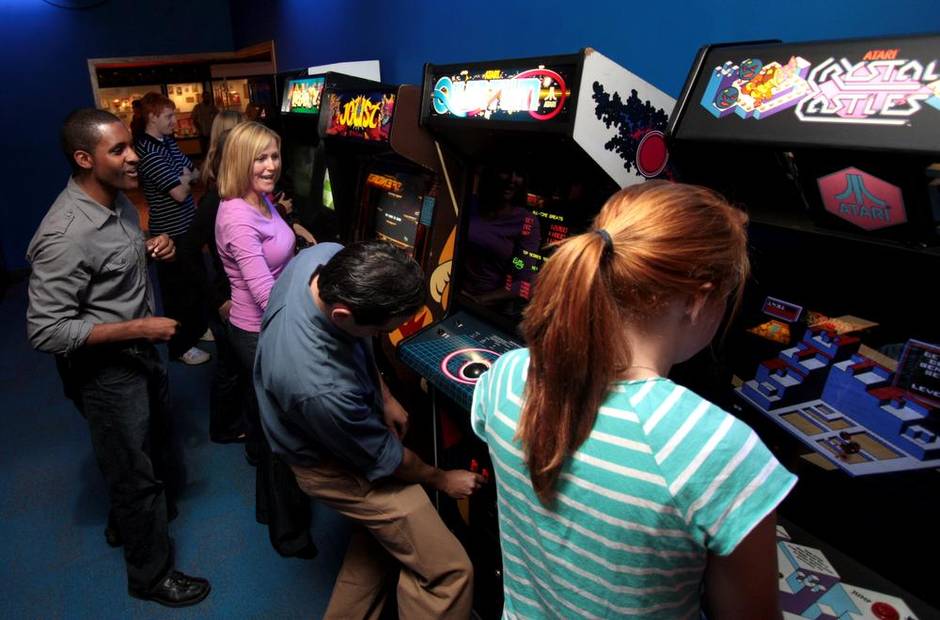