The misery of a Canadian dollar that buys little more than a slap in the face overseas makes backyard camping seem like a good idea. But while melting your MasterCard on hotel rooms in the United States is easy, there are ways to trip southward without incurring bankruptcy – so long as you target better value alternatives.

Art nut? Swap New York – and MOMA's $25 (U.S.) fee – for gallery-studded Philadelphia. Its culture-hugging freebies include the Institute of Contemporary Art and the grand Philadelphia Museum of Art , which has pay-what-you-can admission Wednesdays after 5 p.m. and the first Sunday of every month.

Philly's French impressionist-stuffed Barnes Foundation museum offers free entry on the first Sunday of every month. And while I'd recommend the city's comfortable Alexander Inn for a good-value sleepover, you could also just hop the Amtrak train to Baltimore instead. It's around an hour away and costs from $47 one-way.

It's a similar story in Pittsburgh. The city's kaleidoscopic Andy Warhol Museum has half-price entry on Friday evenings – cash bar provided. If you need to get your bearings before hanging with the locals, you can download a free city walking tour from the website of Robert Morris University.

But if you're craving culinary adventure without emptying your wallet, I'd suggest Austin, Tex., or Portland, Ore. Both have gigantic, innovative food-truck scenes far superior to anything in Canada – from multifusion tacos to butter-soft barbecue. And with meals routinely under $10, you'll save money for shopping – handy in sales-tax-free Portland.

You can also save on your city visit by snagging a great Airbnb sleepover or tapping the usual online hotel clearing houses. Or you could just overnight out of town.

It's easy to drop $300 on rooms in San Francisco, for example, but staying in Oakland – a 15-minute BART train hop from Union Square – means lower room rates without sacrificing access to downtown attractions. There are several hotels near 12th St. Oakland City Center station, an area that's also being hipsterfied with cool bars and restaurants.

Since transport can also drain your budget, make sure you choose a city that doesn't require a pricey car hire. Downtown Pittsburgh has free transit options, while smaller spots like Kansas City – home of the freebie Hallmark Visitors Center – also make getting around dirt cheap.

Even better, of course, is no transport at all. Southern charmer Savannah, Ga., is best explored on foot – the Historic District will quickly overwhelm your Instagram feed with gorgeous images. Book ahead to stay in the heart of it all at the well-priced Oglethorpe Inn & Suites.

If you need to keep moving, th United States' top toe-tapping live-music cities are crammed with ticket-free shows – so long as you know where to go. Nashville (listings at: nowplayingnashville.com), Austin (showlistaustin.com) and New Orleans (wwoz.org) are bursting with nightly gratis gigs.

The mother of all freebie show cities, though, is Vegas – a great value destination if you can avoid the tables and the overpriced buffets (try those at older casinos downtown instead). Room rates are highly competitive – I recently spotted a $69 room at the Stratosphere – but beware those pesky "resort fees."

Once you've sorted your room, tap Sin City's plethora of freebies at vegas.com/attractions, which includes a rolling roster of admission-free shows. My favourite? The ever-entertaining man mountain Big Elvis, currently playing at Harrah's Piano Bar – where beers were a budget-tastic $2 on my last visit.

"My U.K. cousin is visiting this fall and he wants to do a beer-themed side trip somewhere in Canada. Where should I send him?"

How to plan the perfect Dawson City visit
August 27, 2015 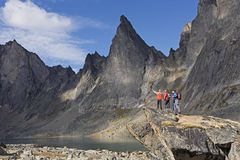 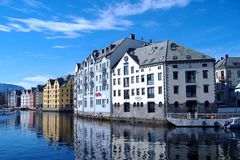 How to rock YouTube with your epic vacation videos
July 16, 2015 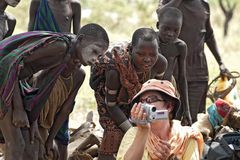