Flying United Airlines earlier this month was anything but a unifying experience.

My wife and I were booked on a flight from Maui to San Francisco. A half-hour before it was to leave, airline staff at the boarding gate announced that because of headwinds and other factors, the plane was too heavy and they needed 20 passengers to volunteer to take other flights.

The initial offer to give up a seat was $200 (U.S.). Most people around me shook their heads, and the amount was soon upped to $500. Even then, only a few took the bait. I thought the airline staff would wait for more volunteers, but instead they began boarding passengers. Once most of us were seated on the plane, flight attendants said that they were still far short of the 20-person goal and that the offer was now $700.

I thought about taking the offer, but we had an appointment to meet and couldn't take the chance on waiting for another flight. After a 75-minute delay the pilot came on the intercom, and told us that they hadn't received enough volunteers. Unfortunately, some passengers would have to to be left at the gate (presumably with some compensation; United officials could not be reached for comment about the flight circumstances).

This wasn't an issue of bumping passengers because the airline had overbooked: It was a safety issue, and I don't blame United for wanting to lighten the load to battle headwinds and provide enough fuel to make it San Francisco. But the airline would likely have had more responses, and people would have been more inclined to give up their seats, if the offer had started at $400 or $500.

It was an interesting experience. But passengers flying from Toronto to Newark, N.J., on Porter Airlines last October had an even more interesting story to tell in similar circumstances.

Sven Lindblad, president of travel company Lindblad Expeditions, was heading to New York, but his Porter flight was delayed at takeoff because of bad weather at Toronto's island airport. All passengers were already on board when the crew decided the plane's load was too heavy, given weather conditions. They said six people needed to get off and offered $200 to volunteers. No one bit. (Do I sense a pattern here?)

When the offer was raised to $300, two passengers left, Lindblad said. Crew members then announced that they would have to take four people off the plane, and that it would be done based on who had paid the lowest fares. "The two Porter staff started identifying people like out of a lineup, 'You, you, you, and you,' and marched these people off. Everyone was kind of in shock," Lindblad recalled. "Porter has this nice reputation and they were behaving like this big airline."

He added that the pilot came out of the cockpit and apologized to the remaining passengers. But Lindblad, like me, wondered if the whole thing could have been avoided if the airline had initially offered more than $200 for the inconvenience of being bumped.

Porter Airlines spokesman Brad Cicero told me that he did not have specific details of Lindblad's flight, but that Porter's airport crew must have felt it would be safe to fly the plane when they allowed all of the passengers to board (otherwise they would have asked for volunteers at the gate, before boarding, as is more usual).

On rare occasions, however, the airline has to remove passengers for safety reasons or bad weather, Cicero said. "They would have asked for volunteers and given a certain amount of compensation. When you do that, you're not asking people not to travel at all, but to take the next flight," he noted. "In many cases people can still fly [that same day] … so I think $200 is not unreasonable in a case like that."

Bumping people from a flight based on fares paid, and having crew members walk down the aisle and remove them in such a public fashion, might seem heavy-handed, but Cicero said customers would likely complain just as much if passengers were picked at random. "You need to use some basis if you get into a situation of involuntary removal," he said, adding that Porter takes into account if someone has a connecting flight or is travelling with a child.

A spokesman for Air Canada noted that weather conditions can change at the last minute and that it's conceivable passengers need to be taken off a plane. "Normally we remove cargo first if that option is available," Peter Fitzpatrick said in an e-mail.

An airline's decision, for safety reasons, to not carry all of the passengers booked on a flight might seem strict. And choosing which passengers must leave the plane based on the fares they paid might seem harsh. But it's legal. And it happens. 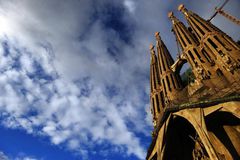 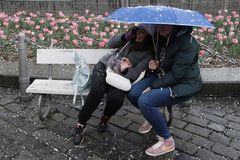 Is there enough time to see Tokyo on a long airport layover?
January 2, 2015 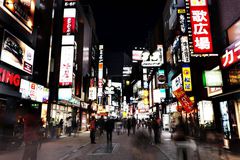