I'm perched on a hotel balcony in Varanasi, using one arm as a prop on the shin-high railing, the other as an antenna. Below, the Rana Mahal Ghat still buzzes with rowdy, inebriated Holi celebrants, each splattered with a rainbow of paint from the day's festivities. Dozens of boats move on the Ganges, each laden with travellers vying for the perfect-postcard photo of this ancient Indian holy place.

Kids frolic in the river, men bathe on its banks, a holy man rinses his laundry. And, casting a surreal glow on the entire scene, is the late-afternoon sun, filtered through the smoke from round-the-clock cremations.

It's magical. And I'd send a terrific shot of it to this girl I met last week in Goa – if only I could get a whiff of WiFi.

Maybe if I stretched a little further. …

The wireless router is in the hotel lobby, which is in a separate building from where my room is located. To get there, I've got to navigate a monkey-filled courtyard, take a left down a narrow alley past a stubborn cow and then a sharp right at a snarling dog.

So I've been getting plenty of exercise.

Without a word, I join a bunch of backpackers milling outside, heads buried in respective screens. They're covered in Holi colours, too, but right now all our faces are blue.

It wasn't always this way. When I first travelled to Europe with my friends in my 20s, things – and people – were looking up. We had our whole lives ahead of us, and the future was as bright as my current phone's screen (which is on maximum, because now I'm 45 and haven't yet filled a recent prescription for reading glasses).

We didn't need Google Maps because getting lost was part of the fun. We never booked hotels online; if there wasn't a room upon arrival, we'd just sleep in our van.

And we met people. Awesome people. Everywhere we went.

We car-surfed down a mountainside with a group of British skiers in Austria; had a brush with the policie outside a beer garden in Prague; tapped a keg with a group of rooftop revellers at sunrise in Seville; and got threatened with a knife in Amsterdam's red-light district.

I travelled a lot that decade and I've since tried to pack in as much as possible with my son, who's almost eight. Over the past four years, we've backpacked through India twice and travelled overland through Vietnam, Cambodia and Laos. Already, he's comfortable talking to folks we meet. And he's always asking questions.

His first one, at least at hotels, is usually: "What's your WiFi password?"

Those awesome people? They're still out there. We just have to look in the right direction.

And that girl in Goa? The WiFi at our beach resort there was spotty, which is why I glanced up from my phone after dinner one night and spotted her trying to balance a menu on her head. My son was next to her, trying to do the same.

I introduced myself. We hung out a bit over the next few days. She built a city in the sand with my son; we swam together. On the last night, I put my son to bed and she and I stayed up late and talked. I noticed a full moon.

She said it was a beautiful night for a walk on the beach. I glanced at my phone: less than four hours until I had to leave for the airport.

So we just hugged and said goodbye.

She flew home to London the next day but we chatted via text every day for two weeks as my son and I continued travelling through India and Nepal; the texting continued for two more weeks when I got home to Vancouver. Then it stopped.

Left to our own devices, we'd lost our connection.

Cuba could be a jarring surprise for Americans
October 6, 2016
Feeling the rhythm of flamenco-speak in Jerez de la Frontera
September 29, 2016 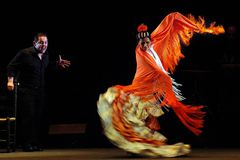 Despite my fears, travelling in China taught me a lesson in human kindness
September 22, 2016 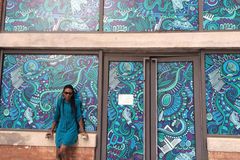