Karli Leitl’s wanderlust was momentarily rekindled on Oct. 22, when the governments of Alberta and Canada jointly announced a COVID-19 testing program designed to expedite quarantine requirements for travellers arriving at Calgary airport on non-stop international flights.

But the feeling was fleeting. Upon learning that the pilot project could reduce quarantine times from 14 days to two, “it was like having an angel and a devil suddenly appear on each shoulder,” the 25-year-old Calgarian said. “It’s exciting to think that trips to Europe or Hawaii are viable again, and I’m glad progress is being made. But just because I can take an international flight doesn’t mean I should. There’s still so much uncertainty out there, and I’m not comfortable risking my own health and the health of others on something discretionary.”

With case counts spiking across the province and around the world, Leitl is far from ready to resume her globe-trotting ways, even with Premier Jason Kenney lauding the program as a way to “support the travel industry and support safe travel,” and prevent Canadian travellers from having to potentially take two weeks off work in the wake of a cross-border trip.

While COVID-inclusive travel insurance and quarantine curtailment lower two of the principal hurdles facing international travellers, a more significant deterrent – concern over contracting or spreading disease – still looms large. According to a July survey by Vancouver-based Research Co., less than a third of Canadians said they were willing to take a flight anywhere before a vaccine is available. This reticence is reflected by international passenger traffic at Canadian airports, which has been down by more than 95 per cent every month since March.

Still, the pilot project appears to be turning prospective travellers' heads. Calgary-based WestJet has seen a “double-digit” increase in international bookings out of its home airport since the program was announced, spokesperson Lauren Stewart said. “We’re very pleased. It’s light at the end of the tunnel that isn’t a train.”

Travel agents are also seeing a surge in interest. “We’ve had quite a few calls [about the program], especially from people wanting to use travel credits,” said Cory Benedict of Transat Travel. “People have questions about insurance, when the test will be available at other airports, and whether they can count on the tests being available in Calgary.”

The program will indeed be available to all eligible passengers arriving on international flights, Calgary Airport Authority spokesperson Reid Fiest said. This includes returning Canadian citizens, permanent residents or foreign nationals currently permitted entry into Canada. “We have received calls, e-mails and tweets from people across Canada asking about how they can participate,” Fiest said. “Based on the interest so far, I would imagine that anyone who is eligible is going to want to take part.”

Simply taking a test will not ensure a shorter quarantine period. A positive result, contact with a confirmed COVID-19 case, an unacceptable quarantine plan or showing COVID-19 symptoms would put paid to that.

As much as the struggling airport welcomes traveller enthusiasm, Fiest cautioned prospective participants not to take the program lightly. “While we understand that there’s a lot of excitement and interest in this, our priority is to ensure safety by making sure that passengers follow all the rules.” This includes isolating until test results are received, wearing a mask in public, providing daily symptom updates to health officials, avoiding contact with vulnerable groups, taking a second test at a pharmacy six or seven days after arriving and staying in Alberta for 14 days.

While the Alberta government plans to expand the program to Edmonton’s airport early next year, there has been no official word on when similar measures could be rolled out to other provinces. For the time being, with its daily international arrivals numbering in the single digits, Calgary airport remains a more manageable venue than larger air hubs, Fiest said. “It makes sense to trial the program with us, figure out how to deal with it and then expand it safely.”

One larger airport has already played a key role in preparing the program for its Nov. 2 launch. In September, the Greater Toronto Airports Authority partnered with Air Canada and McMaster HealthLabs on a study that conducted more than 28,000 tests on travellers arriving at Toronto Pearson. According to an interim report, more than 99 per cent of the volunteer participants tested negative for COVID-19. Less than a month later, Air Canada announced that it was finalizing an initial order for 25,000 rapid COVID-19 test kits.

Preliminary study results “provide evidence that testing passengers on arrival into Canada may be an effective way to screen for COVID-19,” said Dr. Jim Chung, Air Canada’s chief medical officer, adding that data from the study has helped to support the Calgary pilot.

The requirement that participants remain in Alberta for 14 days raises the prospect of out-of-province travellers spending return legs there – quarantining or otherwise – with Business Council of Alberta president Adam Legge describing the announcement as “welcome news to help the struggling Alberta economy and the travel and tourism sector.”

Representatives from Travel Alberta, the province’s tourism marketing agency, refrained from commenting on the program, except to point out that some hotels have been playing host to international guests who need to self-isolate.

Travel bookings induced by the new pilot may not amount to much at first, but every little bit helps, Calgary airport’s Fiest said. “We’re looking forward to the day when we’re back to pre-COVID levels, but at the moment we still believe that’s many years away. Pilot projects like this are going to pave the way for that recovery.” 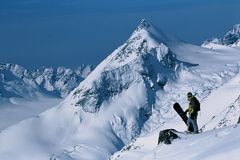 From getting a ticket to riding the lift, skiing will be different this winter
March 5, 2021 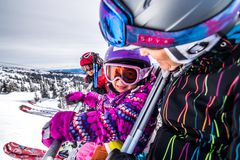 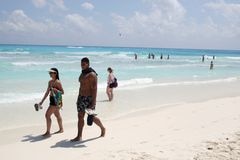