Back before any of us knew the word COVID, no one imagined Pride Toronto’s 40th anniversary looking anything like this. But for the second year in a row, the month-long event has gone virtual. And while organizers have created dynamic digital offerings that focus on community, education and celebration, revellers are sure to miss the excitement of in-person public gatherings. The absence of all those events also leaves a gaping hole for businesses throughout the city. In June, 2019, 1.7 million people attended Toronto’s Pride celebrations – with almost 600,000 people coming to the city from out of town – all of which contributed an estimated $374-million to Ontario’s GDP that year.

As the Canadian tourism industry sets out on its long path to recovery from the pandemic, destinations across the country are expecting members from the LGBTQ community to be among the first people they welcome back. In general, as travellers, they tend to be resilient (as witnessed post 9/11 and SARS), eager tourists with a higher disposable income – ideal for businesses needing a quick infusion of tourism dollars.

Air Canada has been actively involved in supporting LGBTQ initiatives including many Pride celebrations across the country for years. “We know that members of the LGBTQ2S community are avid travellers,” says Éric Lauzon, senior community partnerships manager with Air Canada. “We feel this market will be one of first to book travel to destinations where they feel safe, not only safe from a COVID-19 perspective but also to places where LGBTQ2S travellers are welcome.”

With business slowed, the pandemic has also been a time for introspection, with some locales realizing they need to do more to strengthen their appeal to this group of holidaymakers.

Next month, Montreal’s Village, the city’s LGBTQ neighbourhood, will unveil the first stage of a three-part, two-year project that will see a revamping and greening of portions of Rue Sainte-Catherine, including new art installations on Sainte-Catherine and Rue Atateken. This fall, the city will launch a podcast offering a gourmet food and history tour of the Village to help people explore the area on their own.

As part of its’ Capital Pride month celebrations at the end of August, Ottawa will be marking the 50th anniversary of the We Demand protest, Canada’s first public demonstration for gay rights, held on Parliament Hill on Aug. 28, 1971.

Out west, Kelowna, B.C., is helping visitors feel included before they even arrive by featuring pieces on its tourism website written by LGBTQ business owners who are thriving in the city, as well as profiles of local drag queens like Sparkle and Freida Whales.

And all eyes are on Kingston, Ont., as Ian Burns, chair of Kingston Pride, says they are tentatively planning for an in-person pride festival, or at least a modified festival, at the end of September. “We need to give people the chance to be visible. An in-person parade and community fair will bring the spirit of the 2SLGBTQIA* community back to downtown Kingston,” says Burns. “It’s important to educate residents who aren’t aware of the size of this community. Virtual events don’t quite share that visibility.”

Canada’s LGBT+ Chamber of Commerce estimates that the Canadian LGBTQ travel market is worth $12-billion annually so trying to capture some of that spending domestically only makes sense. Last week, the chamber launched its new national Rainbow Registered accreditation program designed to make it easy for consumers across the country to identify businesses that are LGBTQ friendly.

“The Rainbow Registered program is a way for all companies to affirm their position on LGBT+ rights and make it clear what their stance is,” said Darrell Schuurman, chief executive officer of the LGBT+ Chamber of Commerce. “Although the program is not only for travel- and tourism- related business, there is an incredibly strong interest from this sector to participate. Canadian travellers are demanding to see clear actionable steps that show a business’s values align with their own values and needs.” 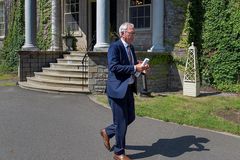 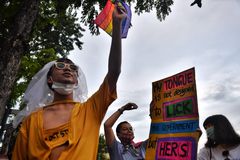 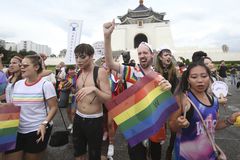