There are two types of people in this world. People who get on a plane, slip on their eye mask, pop in their headphones and tune out the world, and the people they are hiding from. Too harsh? In a world with limited places where you can escape the ping of your e-mail, the ring of your cellphone and the demands of your boss, an airplane seat feels like the last great opportunity for self-imposed silence. So, when someone sits down beside you and immediately strikes up a conversation, what’s a traveller to do? Lisa Orr, the owner of Orr Etiquette in Toronto says the answer is to be direct and assertive.

“On a flight, you’re entitled to that quiet space,” Orr says. “It’s always best to set the tone for what kind of flight you’d like to have right off the bat. The key is to be polite but clear as soon as you sit down, so that the people who sit next to you know that you are not their conversational buddy for the flight.”

As soon as you figure out who your neighbours are, you should make your intentions known.

“I’ll say, ‘I’m sure you won’t mind but I was hoping to have a quiet flight today because …’ and insert my reason,” Orr says. It could be a book you’re reading; sleep you’re catching up on or a report you have to finish. She adds that using a prop (book, headphones, laptop) will hammer the message home.

“By saying, ‘I’m sure you won’t mind … ’, it gives [the offending neighbour] an opportunity to say ‘Of course not!’ and everyone exits the situation without hurt feelings,” she says.

And if they ignore you? Go back to the beginning of the script and repeat as you might with a child who is pestering you.

“Sometimes you need repetition for emphasis,” Orr says, adding that a little white lie is okay too.

“I’m so sorry, I totally forgot I have to finish ‘x.’” is perfectly acceptable, she says. “These are complete strangers. You have a little latitude.”

The other thing to consider though, is that sometimes the conversation you’re avoiding is one you might be glad you had.

Torontonian Garfield Richards says an impromptu conversation on a flight led to one of the most interesting conversations he’s ever had with a stranger. “We exchanged business cards at the end of our flight and we do keep in touch, though infrequently,” he says. “This was all very shocking to me because I dread talking to anyone on an airplane and usually avoid it.”

Still not convinced? Sandra Hume, a content marketer in Colorado, has a fail-safe method she uses to minimize the chance of bad conversation. On the rare occasion when she gives in to chatting, she makes sure it’s while the plane is descending. “I guess I figure if I made a mistake, time will run out soon enough.”

Need some travel advice or have a question about life on the road? Send your questions to personalconcierge@globeandmail.com.

Ask a travel expert: What do Ontario’s changes to OHIP coverage mean for my travel plans? Subscriber content
February 14, 2020 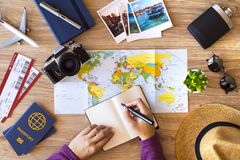 Ask a travel expert: How can I tell if my hotel room has bedbugs? Subscriber content
January 31, 2020 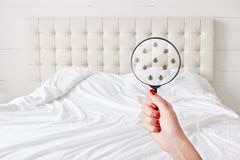 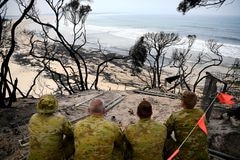