From the elegant confines of the Library Lounge, Champagne flute in hand, it sure feels as if the Caribbean’s largest casino and hotel complex has saved the best for last.

The opening of Baha Mar’s third hotel, the Rosewood, marks the completion of an eight-year, US$4.2-billion project that was initially slated to wrap up in 2015. But when the original investors declared bankruptcy, construction stalled for more than a year before new ownership assumed control in 2017. Since then, the mega-resort’s lodgings have opened one by one: The 1,800-room Grand Hyatt, along with a 100,000-square-foot casino, in April, 2017; the more contemporary 299-room SLS six months later; and finally, the 233-room Rosewood on June 1, 2018.

As a whole, the Central Park-sized Baha Mar complex was worth the wait for sun-and-sand-seekers who want all the à la carte indulgences money can buy. The development boasts 40-plus restaurants, bars, lounges and nightclubs, several decadent spas, a performing-arts and convention centre, a Jack Nicklaus-designed 18-hole golf course, a gallery anchoring what’s billed as one of the world’s largest collections of Bahamian art, dozens of upscale boutiques, and on and on it goes. Picture the Bellagio, move it from Las Vegas to a gorgeous white-sand beach and you’re on the right track. Or picture 20-year-old Atlantis Paradise Island, eight kilometres to the east, which is similar in scale and opulence.

Against this extravagant backdrop – exciting as it may be – the Rosewood stands out as a refined, exclusive sanctuary. (Room rates start at US$506.) The tone is set just outside the baggage-claim area of Nassau’s Lynden Pindling International Airport, where private-lounge staff serve Champagne and check me in to my ocean-view queen room. A 10-minute limo ride later, I’m sipping milky-sweet “Sky Juice” in the aggressively air-conditioned lobby and meeting my jovial butler, Ricarra, who whisks me up to the top floor of the 11-storey east tower.

I finish the welcome cocktail on my room’s four-seater balcony – all accommodations feature ample outdoor spaces, twin wardrobes and refreshment-filled armoires – and admire the ocean-facing courtyard of lush gardens, paths, pools and villas below. Inside, the bathroom houses a standalone soaker tub and twin marble sinks, while teak floors, double-height wainscotting and muted tones of seafoam and taupe continue the British-colonial design theme exhibited throughout the horseshoe-shaped hotel.

I make my way back to the lobby for an exploratory stroll through the adjoining casino and on to the sands fronting the Hyatt and SLS. The latter are relatively thick with beach chairs and cavorting guests, many of whom crowd around a series of whimsical food trucks. On the Rosewood’s private strand, however, the hubbub turns into a murmur. The two nearby pool areas, one meandering and lined with daybed-equipped pergolas, the other tiered and surrounded by furnished cabanas, are devoid of dance music and squealing youngsters. My key card, it turns out, unlocks all of Baha Mar’s bells and whistles, but the guard-patrolled Rosewood property is off-limits to Hyatt and SLS guests.

Most of the poolside food and drink, ordered by pressing buttons on sun-umbrella stands, is prepared in Costa, the more casual of the Rosewood’s two restaurants. Separated from the pool decks by a koi pond, the colourfully tiled eatery serves Mexican classics such as conch tostadas (US$16) and pork-belly tacos (US$20).

Fare from six British-linked countrie are represented in Commonwealth, the Rosewood’s golden-doored fine-dining venue. The tandoori lamb chops (US$26) are delicately and deliciously seasoned, while the poutine (US$21) side-steps predictability by being smothered in duck confit and sautéed mushrooms.

Upstairs, in the stately Manor Bar, the nattily attired bartender mixes a smoked old-fashioned (US$17) by igniting maple wood chips with a blowtorch and funnelling the smoke into an apothecary bottle. The resulting cocktail tastes like the scent of a wood-burning stove.

Any bourbon- or poutine-induced guilt is quickly assuaged in Sense Spa, a collection of five treatment rooms and two spa suites. My 60-minute Signature Massage would have been relaxing enough on its own, but when preceded by a calming “foot anointment,” the experience takes desk-job detox to another level.

The morning of my departure I return to the Library Lounge to survey its 40-plus varieties of loose-leaf tea (starting at US$7). Having never tried Bahamian bush teas I select the mango option, and, for the first time in my life, I’m treated to flavours that surpass the mouth-watering aroma of the steeped drink.

At the Rosewood, even the tea is a cut above.

The writer was a guest of Rosewood Baha Mar. It did not review or approve this article. 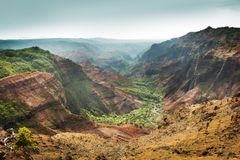 Why overlooked Dominica is a must for sun-seeking adventure lovers
October 19, 2018 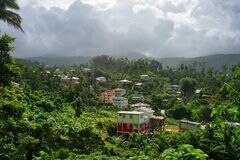 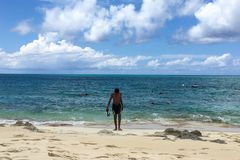