Nova Scotia-based Cabot is expanding its golf resort empire again, this time to the other side of Canada – and into a setting far different than its oceanside properties.

Cabot is announcing Tuesday morning that its third site will be in Revelstoke, B.C. It plans to build a golf course in the mountains alongside the Columbia River, along with a lodge and housing in the southeastern B.C. city that’s better known for skiing, particularly of the heli variety.

Cabot Revelstoke is expected to open in 2023, giving the city another golf course as well as high-end amenities that can be used year-round, tapping into a market of serious skiers who come to challenge North America’s biggest vertical drop, at 5,600 feet.

Ben Cowan-Dewar, chief executive officer and co-founder of Cabot, said the grandeur of the land amid the Monashee and Selkirk mountain ranges sealed his decision him to add an alpine property to a growing portfolio of seaside resorts.

Over the years, he’s looked at hundreds of properties as he’s plotted the empire’s expansion. The 200-acre Revelstoke site stood out, he said, for its beauty and how well it fits with Cabot’s objective of tapping into the need for nature.

“We know that people have gone to the mountains and the oceans for centuries for respite,” he said in a telephone interview, “so we have a little bit of a belief of that enduring.”

Cowan-Dewar, with the backing of U.S. golf developer Mike Keiser, launched Cabot almost a decade ago with a single course built atop an abandoned coal mine in Inverness, a small Cape Breton community on the Gulf of St. Lawrence.

That first course, Cabot Links, now anchors a Nova Scotia operation that also includes 18-hole Cabot Cliffs, a short course that opened this year called the Nest, and a luxury hotel and villas that look onto the water.

Cabot Cape Breton not only became a bucket-list destination for well-heeled golfers from Central Canada, the U.S. Northeast and even Europe, but was also credited with boosting and raising the standards of Cape Breton tourism.

Last year, Cabot announced a new resort in Saint Lucia, with the aim of giving its devoted clientele a tropical retreat for holidays or snowbird living when the Canadian golf season is frozen. The Caribbean project, on a jut of land that’s surrounded by the Atlantic Ocean, is scheduled to open in late 2022. Construction on the golf course, designed by Ben Crenshaw and Bill Coore, has continued this year and real estate sales have launched.

With Revelstoke, Cabot is hoping for the same blend of leisure, nature and high-end living, centred around golf.

The lodge is expected to have 150 rooms and also offer dining and a spa, among other amenities. It’s to be located on the south side of the city at the base of Mount MacKenzie – steps to the first tee of the golf course and equally close to the gondola that takes skiers up to their runs and the 40 to 60 feet of powder the area gets a year.

Cabot also plans to sell homes on the property, up to 50 residences with two to five bedrooms, starting at $1.5-million.

Rod Whitman and his new golf architecture firm Whitman, Axland & Cutten are already at work plotting the 18-hole course, which is to be called Cabot Pacific. The Alberta native said the course will be built on “bench land” – partly flat, mountainside plateaus – and overlook the Columbia River 30 metres below.

The course is expected to have plenty of elevation changes and dramatic views, such as one green site situated on a precipice with the river below, but none of the extreme climbs and descents found on other mountain courses. Given the dynamic landscape, Whitman believes he has an opportunity to create a layout that will stand alongside the iconic Alberta mountain courses that he grew up adoring, such as Banff Springs and Jasper Park.

“If we do a good job, and I can’t see why we wouldn’t, [we can] build something that would rival those courses or be in the same class."

Nick Faldo once drafted a course on the property for a previous owner but the 2008 financial crisis kept that plan from going ahead.

Whitman’s portfolio includes Wolf Creek in his home province, mountainside Sagebrush in British Columbia and Cabot Links, which is ranked among Canada’s top-five courses by ScoreGolf magazine alongside its sister course Cabot Cliffs. He also had a hand in the Nest with Dave Axland.

“Having the opportunity to do something in the mountains after being on the ocean at Cabot Links, it kind of bookends a career,” Whitman said. “I’m looking to continuing that legacy with this course.”

Keep up to date with the weekly Sightseer newsletter. Sign up today 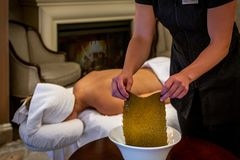 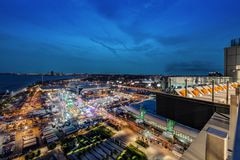