If there’s one tradition that has remained more or less constant throughout Canada’s history, surely it’s camping. But as the country warms up and people prepare to get outside with the first wave of COVID-19 beginning to ebb away, some traditions may have to be put on hold. Starting, in this case, with the tent.

“We can’t accept tenters,” says Leanna Winter, manager of the Kimberley Riverside Campground in Kimberley, B.C. “Whoever comes has to be fully self-contained.”

The campground opened May 13, but with half its campsites closed and with a host of new safety precautions. To stop the spread of COVID-19, facilities at many campgrounds won’t be available for now, and that includes washrooms – so Winter’s campground, like many others, is turning away anyone who isn’t bringing their own mobile toilet with them.

Even for RV campers, though, the season will look different.

Physical distancing in the great outdoors may seem like a simple task, especially with plots already spaced 30 feet apart, five times the current distance requirements, but there are still plenty of potential areas for transmission of the new coronavirus, from faucets and door handles to crowded pool decks. So, the closing of facilities usually extends to playgrounds, pools, showers, laundry and other facilities that have become commonplace in campgrounds across Canada.

Campground owners are asking people travelling in from other communities to bring groceries and supplies with them, to limit the exposure of local stores to outside germs.

What exactly is required of campers and campgrounds varies province to province. British Columbia, Alberta, Saskatchewan, Manitoba, the Northwest Territories, Yukon, New Brunswick and Prince Edward Island have announced plans to open their provincial campgrounds to overnight visitors in early June or sooner, and to allow private campgrounds to operate as well – most with some restrictions on who can camp (such as provincial or territorial residents) and how many people can congregate (no group reservations for now).

Most of the provinces and territories have also asked that only single households camp together.

Ontario announced on May 15 that campgrounds could open starting May 17 for people with contracts to park an RV for the season – but not for people who want to roll out their sleeping bags for a night or two. The short notice left campground owners scrambling. Nova Scotia and Quebec currently have no date set for reopening their parks to overnight visitors other than snowbirds who have returned from down south and make their homes in campgrounds for the summer months. In Newfoundland, camping won’t be allowed until it reaches Level 2 of its five-level recovery plan. It is currently at Level 4, and getting two more steps could take more than a month of good results, frustrating many Newfoundlanders.

Parks Canada, similarly, has ruled out camping until at least June 21, writing in an e-mailed statement that it will align its opening dates “with the recommendations to public health authorities.”

For private campgrounds, though, whether or not to open is an urgent matter as they enter what would normally be their busiest months of the year. The Raven’s Nest Resort and Campground is a three-hour drive southwest of Calgary. It overlooks the winding Columbia River, and boasts gorgeous views of the Rockies and the Purcell Mountains.

“It’s really special,” says co-owner Emily Slobodzian – the kind of view that attracts hordes of Albertans most May long weekends. Not this time. “It’s not as busy as you would have expected.”

The province hasn’t made any specific rules barring Albertans from visiting, and nor has Raven’s Nest. “I’m leaving it up to the public to decide – to gather their own information and make the best choice,” she says. “We need some business.” But bookings are still slower than usual. The Raven’s Nest will allow tenters, and is adding hand washing stations to its outhouses, which are being kept open.

Closing until the threat has passed entirely is not an option for many campgrounds. Shane Devenish, executive director of the Canadian Camping and RV Council estimated that a lost summer could snuff out 25 to 30 per cent of independent campgrounds

Chris Rhodes, a director of Parkbridge Lifestyle Communities, which owns dozens of campgrounds across Quebec, Ontario, Alberta and B.C., has a more optimistic view. Despite the pandemic and facility closings, 60 per cent of the regular campers he surveyed said they would still return to their favourite spots this year. After a long spring cooped up in their homes, they’re eager to find some fresh air and wide-open space.

As restrictions are lifted, “I think it’s going to be very positive for the camping industry, because people will be looking at alternatives to going south,” he says. “I expect that everybody’s just dying to get out of the city, and they’re looking at us to have that answer.”

Escaping the pandemic on a sailboat may sound idyllic, but it’s not as easy as you’d think
May 12, 2020 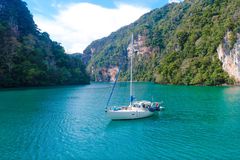 The next level of virtual tours is here, and interactive and personal connection are the name of the game
Subscriber content
May 11, 2020 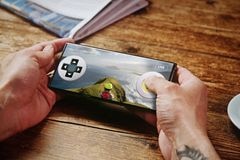 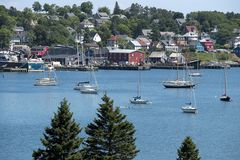