In the British town of Ryde, there’s a neo-Gothic structure by the sea, which looks a bit like a turret that has lost its castle. The 19th-century builder referred to it as the Watch Tower, though the nearby plaque acknowledges it as the type of architectural conceit known as “a coastal folly.”

I ponder the phrase as I carry on walking, at this point about two-thirds of the way through my trek around the Isle of Wight. The fact is, some might argue that the expedition itself would be best described as a coastal folly, one shared by 1,700 footsore people.

The enormous group is walking or running at least 25 and as much as 106 kilometres around the island, a verdant outcropping nestled off the south shore of England. The majority of us are attempting the full distance, most doing it straight through, without stopping to sleep.

I opted for a more civilized version. I would do the full distance – and various extra bits, as it turned out, for a total of 116 kilometres – but over two days. This had the advantage of allowing me a shower and a comfortable bed half-way around. And it meant that I could do the whole walk in daylight and was able to see the sights.

It was a decision that paid off in spades. Many stretches of the route were beautiful, taking us past monasteries and dignified country estates, through classic British holiday towns. There were grand views from pathways along the edge of seaside cliffs and quiet moments in heavy forest, walking beside ancient mossy stone walls. And once done, a nice pub where I could take off my boots and enjoy some well-deserved pints.

“You’re just pretending to take a picture of grass so you can have a break.” The gibe rang out from one of the fellow walkers overtaking me as I bent with my phone over a snake beside the trail. The man caught up, spotted the reptile and changed his tune: “It’s an adder.”

No snake expert, I thought first of the dread exotic versions known as death adder or puff adder. I was happy enough this one wasn’t moving. But then my mind flashed to one of the Arthur Ransome novels, which has a scene in which a couple of rural workers keep an adder in their hut for luck. How dangerous could the British version be, I reasoned.

The author stuck in my mind as I moved on, for this was a very Arthur Ransome sort of excursion. The early 20th-century author wrote a series of popular novels for children that are still in print. The books feel a bit dated now, including the amount of freedom the young characters are given. They sail and camp and go on adventures, feuding with other children and getting into scrapes, all with minimal adult presence.

Although Ransome might have turned up his nose at the extensive support offered throughout the event (the £185 [$281] entry fee includes a well-signed route, friendly staff and copious food and drink at regular checkpoints), I think he’d have approved of the idea of doing a very long ramble through the English countryside.

Action Challenge, the company that organized the trek, does about half a dozen of what they call Ultra Challenge events around Britain, each pulling in the range of 2,000 people. Although there are repeat participants, the number of people interested in walking 100-plus kilometres remains something of a surprise.

But the British do take walking seriously, so much so that protests in the 20th century eventually led government to codify ancient rights to cut across some types of private land. It’s difficult to imagine this event gaining such popularity in a different country.

Many of the participants on Wight used the occasion to raise money for charity, and pay a lower entry fee. Others, including me, signed up for the event just for the pleasure and challenge of walking a very long way.

Walking has a slew of health benefits and is an activity our bodies evolved to do. It requires no specialized equipment. “There are few activities more analog than walking,” Geoff Nicholson writes in The Lost Art of Walking.

Although I’m generally more inclined to two wheels than two feet, in the first four months of the year, I walked about 1,200 kilometres. I couldn’t quite bring myself to call it training – it’s just walking, after all – but this preparation gradually built up until I’d done more than a round-trip between Toronto to Montreal.

I found that walking doesn’t take the same mental engagement as cycling, giving my mind plenty of space to wander. Maybe too much. While Jean-Jacques Rousseau rhapsodized in Reveries of the Solitary Walker that “during these wanderings my soul roams and soars through the universe on the wings of imagination,” I was mildly alarmed to notice that I was occasionally talking to myself.

When I lined up to start the journey in the village of Chale, in the southwest of the Isle of Wight, the sun was shining and the forecast promised two days of great weather. I was fit and ready.

The poet Tennyson lived on this island for decades and a lot of the first morning’s walk was heading toward a dramatic cliff topped with a huge monument to him. After passing the spot, I pondered which passage of his work best suited our endeavour. At the time, all I could dredge up was that one about Crimea, but once home, I found more appropriate lines:

The hills are shadows, and they flow

From form to form, and nothing stands;

The early kilometres were some of the most beautiful – the great cliff was a worthy goal to walk towards – but also the most congested.

The organizers had sent us off across the downs in large groups. Although my preferred pace allowed me gradually to pass many of the people I’d started with, soon enough I caught up with the stragglers of the previous group. You could talk to people, or not, as you liked, but the great mass of participants meant you were never truly alone.

By late morning, I’d reached the cliff, one of two high points on the route, and took the opportunity to zig off course for a look at a local landmark dubbed the Needles, three rock formations that rise out of the water. I got myself back on the route and headed down to sea level, the first day half-done. The afternoon took us along long stretches of seaside and into a wooded area scattered with whimsical sculptures, through sloppy expanses of mud and within a few kilometres of the prison that housed the infamous gangster twins the Krays.

On the approach to Cowes, the half-way point where I’d booked a room, I passed a fellow participant talking on a mobile phone. “I feel all right,” she said, “I just have to ignore the burning sensation in my feet.” The comment prompted my own taking stock. Mood? Pretty positive. Muscles? A bit weary but not wrecked. Feet? No question, they were tender.

I felt sprightly enough the next morning to jog for the short ferry connecting east and west Cowes. But the effects of the first half were there. My pace was noticeably slower and my feet appreciated the muddier parts of the route, a welcome respite from hard-packed trail or sections of road.

Passing a grand hotel in Ryde, I saw their sign advertising Sunday roast and grumbled to myself that it was not yet nine in the morning, far too early for lunch. In the village of Bembridge, I caught the inviting sight of a home with flower petals strewn across the steps. How would they react, I wondered, if I knocked on the door and pleaded for a gin and tonic?

At the second day’s lunch stop, evidence of the damage of walking the equivalent of nearly two full marathons was evident throughout the marquee tent: Some participants ministered to their feet while others stared vacantly into the middle distance. I heard two women talking about how they were doing the walk to commemorate a birthday. “Maybe next year, just a spa day,” one mused.

At that point, I didn’t feel too bad, but the final stretch was far from comfortable. In the last few hours of the event, odd pains would suddenly stab through my feet or shins. The sensation would subside and then flare up elsewhere. I didn’t want to look closely at my right heel, which resembled something Guillermo del Toro might dream up.

Climbing stairs and going down hills were hard on the knees and quads. My energy had flagged such that I wasn’t picking up my feet enough and almost tripped a few times. As the route wound down, I became convinced they’d got the math wrong: How long could a kilometre take?

Around the 100-kilometre mark I caught a pair of guys doing the walk straight through. They looked peaked and I asked how they were doing. “Still alive, still walking,” said one. He thought a moment then added: “Barely alive, barely walking.”

We parted ways and I covered the final stretch back to Chale. It was at the finish, as I shovelled down food, that I spotted the guy again. Barely alive, but he’d made it.

The writer’s entry fee into the event was waived by the company, which neither reviewed nor approved this article. 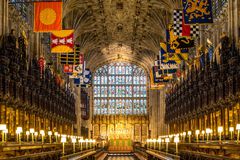