Add wild animals to the long list of people, places and things being affected by the unprecedented downturn in tourism caused by COVID-19.

The faunal fallout was almost immediate. In Thailand’s famed “Monkey City” of Lopburi, for instance, video footage that has gone viral shows hundreds of macaques brawling over a cup of yogurt, as food that would typically have been provided by visitors is now in short supply. In Nara, Japan, herds of sika deer are reportedly roaming the streets due to a sharp drop in the supply of rice crackers fed to them by tourists in the city’s 502-hectare public park.

The conservation community, meanwhile, is sounding the alarm about entire ecosystems. “Wildlife conservation requires significant financial resources, and tourism is an important source of such resources,” said Dilys Roe, who chairs the International Union for Conservation of Nature’s specialist group on sustainable use and livelihoods. “The curtailment of travel brought about by COVID-19 will thus undoubtedly have a significant impact for countries dependent on tourism funding and for the communities on whose land most of the world’s wildlife lives.”

A 2012 study by researchers at Australia’s Griffith University echoes this view. “Many parks agencies worldwide rely heavily on tourism for routine operational funding,” it says, adding that this “puts rare mammals at a new risk from downturns in tourism driven by external socioeconomic factors.”

That has already become the reality in developing countries such as Madagascar, Nepal and Zimbabwe, where hunting and poaching surged after tourism was drastically curtailed by military coups and other conflicts. “We hope travellers will consider postponing their plans rather than cancelling them altogether and give these destinations a chance to recover some of the revenue being lost,” said Rachel McCaffery, senior adviser of responsible travel for Toronto-based tour operator G Adventures.

In wealthier countries, resistance to threats such as logging, mining and invasive flora and fauna is supported by billion-dollar budgets. But according to Ralf Buckley, a professor emeritus at Griffith’s School of Environment and Science, parks in some developing countries must get by on government funding of less than $15,000 a year.

The Griffith study, which was published in the scientific journal PLOS One and co-authored by Buckley, reports that most of the 1,400-plus entries on the International Union for Conservation of Nature’s Red List of Threatened Species rely on tourism revenue to some extent. This applies to more than half the global populations of Tana River mangabeys and Aders’s duikers – the study’s most extreme examples – with at least 15 per cent of better-known mammals such as rhinos, lions and elephants counting on tourism for their survival.

“That’s risky, because tourism is fickle,” Buckley wrote in New Scientist magazine. “Take it away and animals are killed by hunters. It happens every single day, every time patrols stop or hungry locals lose conservation incentives.”

For wildlife preserves with the resources to weather the storm, the travel slump may be beneficial. “Many need a slowdown in visitation to recover from over-tourism,” said Frederic Dimanche, director of the Ted Rogers School of Hospitality and Tourism Management at Ryerson University in Toronto. “It gives them time to hit the reset button and implement management strategies that will help control growth and tourism development in fragile environments.”

Those parks that lack resources, Dimanche added, will require more funding from NGOs and sustainable tourism operators that support conservation and responsible management. Before the pandemic, these operators were on a collective roll. According to the 2018 Sustainable Travel Report from Booking.com, 87 per cent of survey respondents said they want to travel sustainably. Another poll, by the non-profit Sustainable Travel International, found that 60 per cent of leisure travellers in the United States – that’s more than 105 million people – took “sustainable” trips between 2014 and 2017, the latter of which was the United Nations’ International Year of Sustainable Tourism.

Now, sustainable operations are struggling alongside those that do little or nothing to prevent problems like the tourism-induced feeding disruptions at the root of the recent incidents in Lopburi and Nara. Melbourne-based Intrepid Travel, which created the sustainability-focused Intrepid Foundation in 2002, has suspended all tour departures until April 30. G Adventures, which promotes innovative sustainability initiatives in partnership with National Geographic, has done likewise. Sustainable or otherwise, “many tourism businesses are going to go into bankruptcy in the next month unless they get significant government help,” Dimanche said.

So what will happen when travel returns to normal? Given a choice between speedy recovery and continuing to fund conservation, “there is a concern that those businesses not fully committed to responsible tourism will cut investment in sustainability improvements,” G Adventures’ McCaffery said.

That’s where government intervention comes in. By basing financial assistance on proven sustainability measures, policy makers have an opportunity to reshape the tourism industry, Dimanche said, adding that surviving multinational tour operators should start taking their cues from smaller, sustainable ventures. “Governments and companies are all realizing that ignoring planning and management was a mistake. Thinning the tourism herd, so to speak, can help correct this.”

Travellers, too, can play a vital role. “When people start planning their holidays again – and many will be using the downtime to seek out new trips – it’s important they do their research to identify options that allow their vacations to have a positive impact on local communities, ecosystems and economies,” McCaffery said.

“COVID-19 has emphasized our vulnerability to global events and also our interconnectedness with the natural world. It is our hope that one of the results of this virus is a new level of respect for the environment and for each other, and that there will be a renewed appreciation for those individuals and businesses that prioritize responsible operations.”

At the very least, Dimanche added, tourism stakeholders and travellers “are all going to have a lot of time to think about this.”

Breaking away from chaos on the remote Scottish island of Eigg
Subscriber content
March 16, 2020 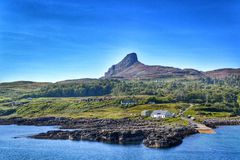 Amid news of coronavirus, Marsha Lederman debates a long-planned journey to explore her family’s history
March 12, 2020 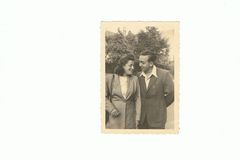 Opinion
What it’s like to travel behind a mask in the midst of the coronavirus outbreak
March 11, 2020 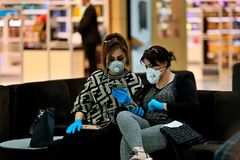