You’ve seen the images before. Hewn as if by magicians out of the rock, the wonders of Petra, a former caravan stop in what is today Jordan, have long been etched into your mind. Still, as you approach the end of the Siq, the four-kilometre-long canyon that delivers you to the most famous of the ancient city’s structures, you almost stagger into the light, blinded by the sight of the Treasury. You’ve seen the images before – of the skyward columns, the crazy ladders chiseled into the façade, the floral ornaments. Now that you’re finally standing at the foot of the marvel that was partially built out of stone, partially carved into the rock by the Nabateans some 2,000 years ago, you can hardly believe your eyes. And this is only the beginning.

I’m travelling through Jordan with the new bespoke travel company Millie, whose goal is to create mindful travel experiences for women and foster meaningful relationships to people and places, to history and culture. Led by Chelsea Brown, the Toronto-born founder of Millie, and her hand-picked local guides, the members of our small, all-female cast are a sort of modern-day caravan moving through the country. We’ve each come on our own – without spouses, kids, friends from home – for the opportunity to forge friendships with or find solitude among strangers. And to step outside our comfort zones.

Stops along our route include snorkelling in the Red Sea, listening to Bedouin poetry in the Wadi Rum desert, getting up close with nature by wading up and floating down the Wadi Mujib river canyon and visiting with an organization that helps refugees find work in Amman. It’s an itinerary that combines the best of grand adventure (such as sleeping in a bubble dome under the stars and digging into the tastiest streetside grilled fish in Aqaba) with intimate interaction.

In Petra, an important layover and trading post on the old Silk Road, Brown and her team of insiders introduce us to Mahmoud. A guide who grew up in one of the many caves here, he leads us up the paths less travelled – most people don’t veer far from the Instagrammable vantage points on the Treasury – to vistas sadly overlooked by the multitude that stroll by far below us. Thanks to Mahmoud, we run our hands across cave walls that look like marbled fudge and we hear how he nearly fell over a cliff overlooking the site’s amphitheatre while running after a soccer ball as a child. “My mom scolded me,” he says. “But that’s okay; I’m still here to tell you about it today.”

Despite the pace, which whirrs us across and around the country in a week, the stops feel surprisingly immersive. Brown says she saw a need for women-only experiences that let the guests feel a place, not only see it. “We limit the group size to 10 to 12 women, so there’s the opportunity to connect,” she says.

In Amman, where we learn about life for Syrian refugees in the city, we also get a hands-on lesson in wood carving from exiled carpenters, offering a deeper understanding of the reality they fled and the one they found, something impossible to glean from watching newscasts. The experience sharpens the reflection on and contrast with our own lives.

Every day, there is time for introspection. In the haze that hovers above the Dead Sea, each one of us retreats into our personal space during the day. There are salt scrubs and mud treatments on the beach and pools to chill in during the hot midday sun. There’s time to realize that the reason your ears pop here is that the air pressure at 420 metres below sea level does that to you. There’s latitude to ponder that the Dead Sea is slowly shrinking and may eventually dry up.

After a mud wrap and a mint-and-lemon juice, I ask Brown who Millie, the fictional character behind the company name, is. “She’s someone you want to hang out with,” Brown tells me. “She’s adventurous, supportive, passionate, caring and open-minded.”

This spirit is evident on the day we steer deep into the Mars-like landscape of the Wadi Rum desert. We’re brought to the 620-square-kilometre, protected red-rock wilderness by Tyseer, a Bedouin guide whose family came from Saudi Arabia a few generations ago with their camels. He showcases some of his favourite spots, including the Burdah Rock Bridge, a slab of rose-coloured rock that spans a gap, or canyon, slashed into the sand. Not everyone in the group is enthusiastic about the climb up to the natural bridge, but Tyseer insists, and slowly we make it there. One by one, we pose for photos, thumbs up, arms high in the sky. It’s an exhilarating feeling to stand on top of the world. Until we have to climb back down. In the end, we all feel like we’ve accomplished something, whether it’s having stood atop – or close to – the arch, or encouraged another woman to keep taking one more step.

As Tyseer drives us in an SUV up and down the sand dunes, Bedouin music cranked to high, he slows enough now and then to show us geological features and explain how a sea once covered all of this land. He points out a mountain in the distance. “We call it Egyptian Mountain, because it’s shaped like a pyramid. In ancient Egypt, they used stones to build the pyramids; here, the pyramid was made by God.”

He lowers the volume on the soundtrack and tells us that most people here are no longer nomadic. “The kids go to school, so we all live in town, but many of us still have camels.” When he spots a small herd of the animals, he jumps out of the SUV and calls them with a song. They saunter over and when they’re close enough that he can stroke their necks, he offers them water from a bottle. “If you treat them well, camels are loyal animals,” he says, adding that a racing camel costs between 10,000 and 20,000 dinars ($37,117). A milk camel goes for about 4,000 (“the milk is like Viagra,” he says with a grin), while a riding camel will set you back a mere 2,000.

Our desert experience, though, is priceless. And if the goal of this and other women-only travel companies is to feed curiosity and encourage travellers to let go of apprehensions, this journey has succeeded. We drew strength from one another to do pirouettes on a rock bridge, slide down waterfalls and jump off the railing of a sailboat. As the sun melts into the rose and purple mountains that demarcate the horizon, the cover of dusk enhances the sparkling fire we’ve gathered around. But it also brings out something unexpected: the revelation that one of the women in our group is a former opera singer. Soon the night fills with an aria—notes that carry the stars into their orbits high above.

The writer travelled as a guest of Millie. It did not review or approve this article. 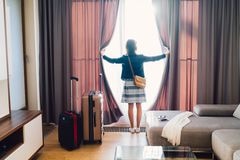 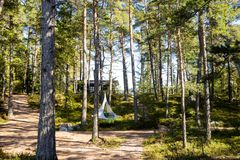 Florence for one: What it’s like to be alone among the crowds in the Italian city
November 9, 2018 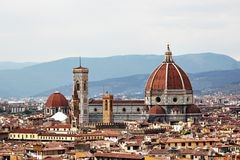