Goateed and gritty, Peter deAquino has the look of a hardcore rock star. His arms, covered in tattoos, grip his guitar as he takes centre stage. Will he smash it over his knee? Burn it before going back to vandalize his hotel room? A hush comes over the audience and the lights dim. And, then, suddenly he starts a lullaby.

I was half expecting scratchy grunge feedback, but remind myself that I’m at an all-ages, slack-key guitar concert on Maui, not a mosh pit in Seattle. In place of raw angst, there’s soothing traditional Hawaiian notes played with a finger style that features open tunings incorporating bass, rhythm and melody. Watching deAquino is a case study in what you see is not always what you get on Maui. Scratch beneath the picture-perfect surface and you might just find a four-time Grammy winner strumming a ukulele.

This surprising scene is playing out at Napili Kai Beach Resort in West Maui, a low-slung property that hasn’t changed much since it was first borne out of its Canadian founders’ fever dream in 1957. Back then, developer Jack Millar and wife, Margaret, sought refuge from Vancouver’s winters and trekked to this unexpected and very remote, unknown corner of paradise to partake in the idyll of a tiny palm-tree-fringed bay’s white-sand beaches and calm waters. There’s a quietness here thanks to Millar’s prescient vision: He convinced the county to only pass two-storey zoning around Napili Bay – “the height of a coconut tree” – so it’s a vista more befitting vintage postcards than the sprawling resort images of modern Hawaii. But the best part of the old-school charm of this place may be its embracing of the entire family unit – not just by tolerating young kids, but by setting them up in complimentary day camps and letting them eat on-the-house at the restaurant.

It’s enough to warrant parking ourselves on a lounger and staying put, but adventure awaits for me and my family. We grab a loaner cooler from the hotel and stop at the Honolua Store at nearby Kapalua to stock up. An icon since the heyday of pineapple farming, the general store is perfect for traditional plate lunches – two scoops of rice, macaroni salad and a heaping entrée of beef, pork or chicken. We load up and eat outside on the charming wrap-around veranda.

To burn off this midday meal, we set out to explore the nearby abandoned Village Course at Kapalua, an old Arnold Palmer golf course left to seed in 2007. Back then, a round might have set you back US$185; today a hike on those same greens is free. We roam the former golf paths, which now form part of an intricate trail system – wild grasses obscure much of it, wildflowers punctuate the tangle. A decade later and the course has been largely swallowed but for a few archeological tip-offs such as the odd yardage markers if you’re lucky enough to spot them.

We’re tempted to snorkel in nearby Honolua Bay, a marine-protected bay lousy with everything from butterfly fish to barracudas, but geology wins out and it’s Dragons Teeth today. When the West Maui volcano poured one of its last lava flows into the ocean, strong winds and waves beat it back where it dried into black, jagged teeth-like formations now called Makaluapuna Point. Lighter and denser than anywhere else on Maui, the lava has a distinct Game of Thrones-like appeal as we scamper around. It gets even more rugged as we take to the car from Kapalua toward Wailuku. The island’s famed Road to Hana in the east may get all the press, but on the lesser-known and equally harrowing Kahekili Highway, we experience our twists, turns and vistas in near solitude.

The next day we decamp from the west to the pastoral idyll of the upcountry in the heartland of Maui. Here, the gentle slopes of Haleakala volcano make for fertile ground in which to grow the island’s food – including the famed Maui pineapple. It turns out the iconic fruit is also something of a rarity. At Maui Pineapple Tours we learn that 90 per cent of the world’s supply used to come from here; it’s now just 2 per cent. But what a 2 per cent: sweetness tempered with just the right bite of acid, the kids go bonkers and we actually make like tourists and take boxed pineapples home (flights out of Hawaii don’t count them as extra luggage).

The trip back to Napili Bay feels like a homecoming – a bit rich after just a few days’ residence. But therein lies West Maui’s charm: low-key and low-stress, something we’ve now come to expect from the unexpected.

Travelling with hungry teens? Chicago is the place to feed them
October 1, 2018 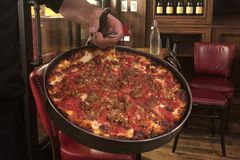 How to pack for an ultra-low-cost carrier
October 1, 2018 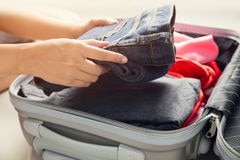 The easy way to travel as a single-parent family
September 27, 2018