Dolce far niente – or the sweetness of doing nothing – from the Latin dulcis meaning “sweet; facere, meaning “to make or do”; and nec entem – literally “not a being.”

Although difficult to determine when the phrase was first used (proponents were far too peaced out to bother transcribing), the term appears in print in the memoirs of Casanova, the famous 18th-century Italian adventurer. Presumably when he eventually tired of all his carnal and geographical adventuring and needed a rest. Today, the term exists as a treasured concept that’s seldom spoken out loud but often hashtagged on Instagram accompanying pictures of Italians in hammocks. Casanova would be #proud.

Forget Anita Ekberg paddling in the Trevi fountain at dawn in La Dolce Vita: think Fellini passed out in a hammock after the wrap party (probably). Or the vague sense memory of sitting in the shade on a summer’s day long ago, before you became preoccupied with work, family, and the hamster wheel of “life.” Dolce far niente is a soul-expanding celebration of doing nothing – something that’s actively discouraged in much of the world where the cult of “busy” is ubiquitous. Okay, so Italy hasn’t exactly topped any happiness rankings in recent years, but the cliche of the carefree Italian still exists – and with good reason. Italians do “nothing" like no other nation and perfecting the art takes style and skill – because there’s more to it than meets the eye.

“Dolce far niente is almost an act of defiance for Italians,” says Francesco De Carlo, a comedian born and bred in Rome. “We live in a country with a lot of corruption where we don’t trust the law, or rules, or society. … We don’t even like the referee in soccer. And we LOVE soccer," he tells me, “so why shouldn’t we opt out? Why shouldn’t we take a break whenever we can to stay happy?”

"There is chaos all around in Italy so the only thing you can depend on is friends and family,” says Francesco, adding that, “happiness is in the little things.”

It’s watching the world go by over coffee and a cornetto. It’s laughing at tourists. Or politicians. Or the Pope. “Or anything really,” says Francesco. “We have to laugh or we’ll cry, so humour is very important. In Rome, especially, everyone is a comedian. The waiter bringing your coffee will stop and tell the whole restaurant a joke first. You just have to wait.” While the seconds tick by, instead of drumming fingers on a table or checking a phone incessantly, Italians will relax into the moment. That’s dolce far niente. “In the U.K., you’re obsessed with schedules, with everything running on time,” Francesco shakes his head: “People work a lot then they stop working and go crazy, drinking until they forget themselves.” I shift uncomfortably in my seat. “But in Italy, we drink to enjoy ourselves.

"There’s not so big a difference between working and not working for Italians and we don’t worry too much about the future – chissenefrega – we just enjoy the present.”

This mode of thinking is revolutionary in its simplicity. Many of us search for relaxation by travelling to exotic locations, drinking to oblivion, or blotting out the noise of modern life with whatever our favoured crutch might be. But what if we were to let the chaos envelop us or sank into it like a hot bath? What if, instead of saving up our “fun quota” for an annual escape, we spread it over the minutes, hours, and days throughout the year and gave “enjoying life” a go? The Italians seem to. Other significant words include penichella, similar to the Spanish siesta; meriggiare, a poetic term that means “to pass the hottest hours of the day in the shade”; and abbiocco, a noun used to describe the sleepy feeling you get after a big meal. Drowsiness is such an art form in Italy that the phenomenon of doing nothing has been enshrined in the lexicon.

“It doesn’t matter where you are from, we’re good at dolce far niente everywhere in Italy,” says Chiara, a friend from Lake Maggiore (“not the one George Clooney hangs out at, the other one”). Chiara now lives in Denmark and works with other internationals who struggle with the concept of idleness. “An Italian might say: ‘You’re not doing anything tomorrow? Good for you!'” says Chiara, “but Germans and Danes are horrified! They’ll ask: ‘Why? Are you okay?’ I try to explain that there’s a pleasure in completely enjoying and savouring time – and for Italians, dolce far niente is a part of everyday life. But they never ‘get it!’ Italians won’t say ‘dolce far niente’ out loud," Chiara tells me, “because the ‘far’ part is an infinitive version of the word and so cannot be declared.” Obviously … “It’s more of a feeling,” she says, “that and an Instagram hashtag.”

Dolce far niente means “enjoying the moment.” "For me,” Chiara says, "it’s being in the shade with a glass of sparkling wine before lunch, maybe in August, when everyone is off work in Italy, and there’s nothing to do but sit and eat.” There’s often a drink involved and for many people, food plays a big part. I think about this, then ask: But if you’re eating, then surely someone’s cooking?

“Well … yes … ” she tells me: “that’ll be your grandmother. Or rather, someone’s grandmother.”

And this is just an established side effect of dolce far niente? That someone else will be doing all the work? “Pretty much” is the response. “My mom is a grandmother now," says Chiara, “and she still has the rolling pin from her own grandmother. She tells me, 'This is the tool! One day, this will be yours!’ Our grandmother lived with us and cooked for us growing up, and some of my best memories are with her, waiting for dinner as a child when she’d take the crust of the Parmesan that she wasn’t using for cooking and dip it into the flame on the gas stove until it became chewy then wrap it in paper for us to eat … ” she tails off and we both take a small interlude to compose ourselves, mouths watering. And when your time comes around to be a grandmother? “Then it’s accepted that you get to be the boss but you also have to do some cooking and childcare,” says Chiara. “It’s just how it is – but I wouldn’t change anything!”

As a nation, Italians are proud of their heritage – from the Roman Empire to the philosophers. Children are schooled in both of these growing up, but in adulthood, there’s just one ancient edict that Italians swear by: carpe diem. “You still hear this Latin phrase a lot in Italy, and there’s a sense that tomorrow might never come, so you should live now – and, more importantly, spend now,” says Chiara.

Italy is a country of contradictions. It’s passion and idleness. It’s having fun now and paying later. It’s carpe diem, followed by Catholic guilt and some quality time in the confessional booth. “There’s a sense that our work will come,” says Chiara – just like her mother’s rolling pin – and someone’s always cooking. “It’s just that when you’re experiencing dolce far niente it’s not you having to do it. Not yet.” There’s probably a bit more snoozing to do first. And perhaps a glass of Prosecco.

HOW TO EXPERIENCE DOLCE FAR NIENTE

Adapted from THE ATLAS OF HAPPINESS © 2019 by Helen Russell. Reprinted with permission from Running Press. All rights reserved.

Hidden Canada: The 2019 travel guide to the country’s undiscovered gems and experiences
May 17, 2019 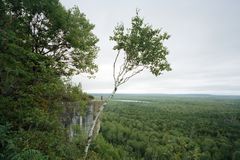 Head to Switzerland for true farm-to-table dining
Subscriber content
May 10, 2019 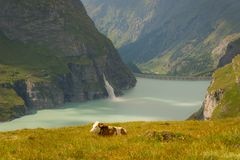 When hiking in Italy’s Sardinia, even a bad day is a good one
Subscriber content
May 8, 2019