Somewhere between Cologne and Frankfurt, as I sat slumped in the back of a second-class car, earbuds crammed in tight to filter out the barking of a group of loud men who, with their bad tattoos and too-tight Lacoste T-shirts – all hammered on Beck’s at 10 a.m. – fully fit the archetype of the “English soccer hooligan,” I arrive at a dispiriting realization: My fantasies of European train travel aren’t likely to come true any time soon.

Apologies to Patricia Highsmith and Agatha Christie, and good old Graham Greene. There will be no high-society heists. No sordid affairs. No tastefully comported sociopathic playboys beguiling me into committing homicide. No intrigues of any kind.

Piqued by a particularly tantalizing Black Friday/Cyber Monday bargain that effectively halved the price of select Eurail passes, my partner and I hatched a plan to see Europe, or at least a solid swath, by train. We booked a flight into Paris and, two-weeks-and-change later, a return flight from Krakow, Poland. In between, we’d cast our fates to the four winds. Sort of.

These particular passes (the Adult Saver; $359 Canadian apiece, with the massive discount; the regular price would have been $718) permitted five “travel” days within a one-month period. As defined by Eurail, an organization owned by some 35 European railway and shipping concerns with the express aim of marketing European rail travel to non-Europeans, a “travel day” is pretty much what it sounds like: an unlimited day of travel aboard however-many trains, through however-many countries. So, the day we travelled from Paris to Cologne, with an afternoon stopover in Brussels (to glug overproof beer, drag fatted fries through thick mayo and make the requisite pilgrimage to the city’s famous bronze of a small boy urinating eternally), counted as one day, despite the multiple trains and connections. (That most train depots we passed through had daily luggage-storage options, for as cheap as a few euros, made stashing bags and puttering around a city on a stopover that much easier.)

It’s a good system. With some research, anyway. Cost-benefit-wise, the Eurail pass becomes more valuable in countries where train tickets snagged day-of can be relatively expensive (such as Germany) and proves relatively useless in places where high-speed trains demand additional reservations (such as France or Belgium or the Netherlands), effectively foiling the whole fly-by-the-seat-of-one’s-pants appeal. Also, in the very process of flashing a Eurail pass to an on-board fare inspector, one risks exposing oneself as a tourist, if that’s a concern.

Trains were, for the longest time, the way to get around Europe. Booking a one-way airline ticket between cities was ultra-luxe, Old Money stuff. Like: You might as well charter a zeppelin. But air travel has changed.

The rise of zero-frills low-cost carriers (LCCs) has made intra-regional travel vastly more accessible. A recent report prepared by the Centre for Aviation, a travel data hub, showed that the global LCC fleet has doubled in size over the past decade (from 2,900 to 6,000 aircraft), with Europe having the highest penetration rate. This is due to the increasing capacity of both “legacy” LCCs (Ryanair, easyJet, Eurowings) and newer, zanier-named arrivals (Wizz Air, SkyUp, French Bee). These airlines have expanded the possibilities of European travel, at a drastically lower price point. When, a few years ago, a friend in Britain agreed to meet me in Prague for a few days, she made arrangements with all the nonchalance of someone planning a lunch date two towns over.

Continent-hopping budget flights, combined with ultrafast high-speed trains, also spelled curtains for opulent rail travel. When the old-school Orient Express made its final Paris-to-Istanbul journey in 2009, it was declared, by NPR, “a victim of high-speed trains and cut-rate airlines.” Likewise, Deutsche Bahn’s 2015 decision to scrap overnight sleeper trains out of Berlin was motivated by a €1.3-billion ($1.9-billion) decline in profits, which the operator attributed to consumer preference for short-haul flights.

Yet, these flights, for all their apparent convenience, are beset by their own problems: little-to-zilch in the way of in-flight amenities, checked-baggage fees that effectively double the cost of tickets, scammy up-charges on everything from a bottle of water to an oversized carry-on (which might well be a bag deemed regulation size on a different carrier) and routes to major capitals that, in actuality, land well outside that capital, necessitating an expensive cab or several public-transit transfers. There’s also the more general hassle of getting to an airport, passing through security etc., which can itself turn a swift 55-minute flight into a four-hour affair.

Trains, while perhaps all but drained of the lavishness of some long-bygone era, offer comparatively more in the way of convenience: comfortable seating, (relatively) well-stocked bars, tables at which one can fritter away a few hours learning the rules of skat or some other regional card game. Best of all, trains usually deliver voyagers smack in historic city centres, allowing wayfaring passengers to hop off and carry on their gallivanting, with little in the way of inconvenient rigmarole.

There’s also the easygoing pleasure of train travel itself, the appeal of which extends well beyond Old World locomotive fetishists. Sat sunk into the jammy red plush of a Thalys train, pulling out of Paris’s Gare du Nord en route to Bruxelles-Midi, it is undeniably pleasant to watch the City of Light recede and soon give way to what Edith Wharton described as “the sober disciplined landscape which the traveller’s memory is apt to describe as distinctively French.”

Even at speeds approaching 300 kilometres an hour, the Intercity-Express train connecting Cologne, along the banks of the Rhine, to Munich, where Bavarians in lederhosen and peasant dresses celebrated May Day framed by the snow-capped Alps fuzzy in the distance, never felt rushed; the ripening springtime canola crops a sunny, expressionist blur against the deep-green farmlands. And unlike airplanes, trains elevate travel into what Paul Theroux called “a continuous vision … a succession of memorable images across a curved Earth.” One feels ferried not merely from one discrete place to another, as on an airplane, but carried between these places. Cities, and whole nations, separated by language, culture, history and conflict, seem bound together by a vast webbing of wood and steel.

There may not have been some mysterious chap luring me into some convoluted plot to ferry a mysterious briefcase for him, or some meaty Turk offering me a pinch from his gilded snuffbox. But when, upon our return home, I was asked for the most memorable day of the fortnight abroad, my mind kept settling on an afternoon ride aboard the Berlin-Warsaw Express, where my partner and I split from our compartment and installed ourselves in the bar car, whiling away 6½ hours playing war and gin rummy while draining about as many bottles of stiff, reasonably priced Polish beer as the Earth rumbled underneath us. Romance of a less literary, more everyday sort, perhaps. But I’ll hold it close all the same. 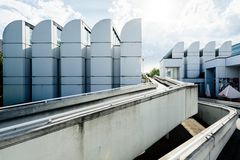 Chef Roger Mooking’s guide to seeking out the best food wherever you go
Subscriber content
July 10, 2019 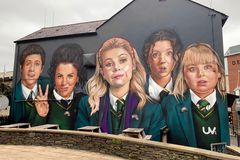 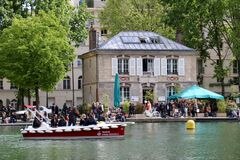 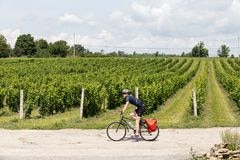