Turning our little tender toward the narrows, Casey Brant steers us into a moody mix of sun, cloud, fog and rain. Up ahead, the waterway wrapped in a shroud, it looks like we might be headed for the edge of the world – but instead, we’re only going back in time. Following some local advice that up there, further along, near an unnamed creek, we will soon find ourselves surrounded by some of the most pristine forest in the world – never cut, thousands of years old – we make our way slowly along the increasingly tapered passage.

Emerging into a broader bay, Brant carefully lands our craft, cranking down the bow to make a ramp onto the rocks for our little group of passengers to disembark. As all of us are led ashore by Wade Davis, an anthropologist and ethnobotanist at the University of British Columbia, he makes it clear that we’re in a special place. “This is the forest of the dinosaurs,” he says, looking up and around, a little in awe himself. Davis gestures at the surrounding hemlocks, Sitka spruce and towering western red cedars as all of us walk below the boughs of the trees in this Jurassic place, bouncing along the unbelievably spongy forest floor. “Botany is the history of the world – these cedars, plus salmon, equals civilization.”

I’m in Haida Gwaii, sailing aboard the MV Cascadia, the newest vessel in the fleet for B.C.-based Maple Leaf Adventures (MLA). After undergoing a multimillion-dollar refit, the ship was commissioned and launched this year, plying the wilds of the British Columbia coast. I’m on board for more than a week, navigating through this misty, mysterious, 150-island archipelago that was once known as the Queen Charlotte Islands, discovering new adventures every day from its decks.

Gathering in the ship’s comfortable lounge on the first day, expedition leader (and MLA’s co-founder) Kevin Smith briefs our group of 23 guests on what we will encounter on this voyage. Noting the rare and special privilege it is to travel here – that very few operators have a license to tour this place (and no new licenses will be granted) – he observes that only 3,000 people visit Gwaii Haanas every year. “Our goal is to never see another group,” he says.

Most of our trip will be spent inside Gwaii Haanas National Park Reserve and Haida Heritage Site, which teems with wildlife and is home to UNESCO-recognized historic sites, all of it protected, from the floor of the sea to the peaks of the San Christoval Range. “It’s not just the land and sea and rivers and forest, it’s the culture too – this has been the home of the Haida forever,” Davis tells us.

We soon set sail into the heart of Gwaii Haanas. Twin-hulled and 138-feet long, the Cascadia has just 12 cabins, and soon I know the name of every single person on board, including the captain and his crew. The lounge/living/dining area is comfortable, decorated in a West Coast theme, with cushy leather couches, a multimedia system for presentations, shelves lined with wildlife books, and binoculars on hand for spotting the same on the shore. Meals are healthy and sourced locally, paired with good B.C. wines. A hot tub sits on the highest deck. On most cruise vessels, access to the bridge is strictly restricted, but on this ship the door is always open, and I take several opportunities to head up there, chit-chatting with the captain as we sail deeper and deeper into Gwaii Haanas.

Once, these islands were dotted with bustling villages, adorned with handsome totem poles and lined with impressive wood-beam structures, but all within Gwaii Haanas were abandoned in the 1800s as smallpox and other foreign diseases fatally struck as much as 95 per cent of the Haida population, driving the survivors to consolidate in villages further north. “The legend says that they could actually see the disease, moving up the coast like a blue cloud,” notes Davis, who is on board as a lecturer and interpreter, and who lived on Haida Gwaii decades ago.

Aboard the Cascadia, we disappear deeper, sailing alone through the mountains, anchoring overnight in calm bays, surrounded by nothing but forest, myth and legend. We pass by seals, swimming up close, curious about the ship, and one day find ourselves completely surrounded by a pod of killer whales. We launch the landing craft to cruise Burnaby Narrows at low tide, getting close to the intertidal zone to collect sea stars and crab and other molluscs.

And at each significant archeological site, our crew liaises with a pair (or sometimes three) of Haida Watchmen. (Historically posted to safeguard villages against approaching enemies, Watchmen are now men and women who live there for extended periods between May and October, overseeing and interpreting each place for visitors.) We visit several, including the village site at Tanu, the final resting place of renowned artist Bill Reid, and Windy Bay, home of the first monumental pole to be raised in Gwaii Haanas in more than a century.

At Hotspring Island, we soak in three different, naturally occurring pools, bubbling to a temperature of up to 39 degrees, then chat with the two Watchmen – two women named Irene Moraes and Paulette Robinson, in their cabin. The early days of the modern Watchmen, when Haida, concerned with their preservation, would come down in their own boats with food and tents and camp out next to the sites. I ask them the best part of being here. “You look out there, and you don’t worry about anything. All you can hear is the water,” Moraes tells me. “The silence – it’s so loud.”

On one of our final stops, we approach SGang Gwaay, on the jagged southern edge of the archipelago, a UNESCO World Heritage Site that the organization has recognized as “unique in the world,” where “the ruins of houses and memorial or mortuary poles illustrate the power and artistry of Haida society.” We had been warned that landings in this often stormy part of Gwaii Haanas can be difficult, and coming here is far from assured, but when the Cascadia arrives, we’re greeted with sunny skies and three Watchmen. One, a young engineering student named Jessica Grace Ruth Brooks, guides us through the ruins of longhouses and a series of intricately carved poles. The last of the latter were raised before the village was abandoned around 1880, and, in a state of natural decay, are leaning, all in line. The place feels spiritual and haunting. “On my first few nights here, I heard drumming. I can sometimes hear kids playing. And on days when it’s not windy, I can hear a woman crying in the woods,” Brooks tells me.

Back on board, I debrief with Smith and Davis, reflecting on all we’ve seen and done on this voyage. They both note how exceptional it is to experience this mix of history, culture and nature. “Here we have raw, pure wilderness, and fully functioning ecosystems,” Davis says. “And it’s an emblem of something transformative. Coming here is a rare privilege.”

The writer was a guest of Maple Leaf Adventures. It did not review or approve this article.

Maple Leaf Adventures runs several voyages to Haida Gwaii aboard the Cascadia every year. Prices start at $9,048 (per person, double occupancy), including round-trip charter flights to and from Vancouver, all meals and snacks, B.C. wine and craft beer at dinner, and all excursions.

If you prefer to stay in town, head to the Parq Vancouver complex, which includes two hotels, multiple restaurants and a multi-level casino, and the Douglas Autograph Collection, which provides stylish rooms right in the heart of Yaletown, next to BC Place stadium.

Editor’s note: (Sept. 5) An earlier version of this article provided an incorrect caption for the sixth photo as SGang Gwaay. The photo is of the Haida Heritage Centre. 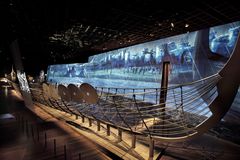 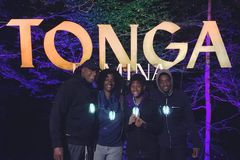 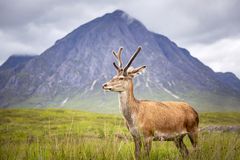