Standing in the fifth fairway at Royal Portrush Golf Club’s Dunluce course, in Northern Ireland’s County Antrim, I was pondering which club to use to make my approach shot to a green that was raised far above my head. “You don’t want to go long,” my caddy suggested in a matter-of-fact tone. “You’ll be in the ocean.”

It was sage advice on one of the course’s greatest and most picturesque holes. Just a step or two behind the green is a steep drop-off that ends on a wide sandy beach that’s lapped by waves of the Atlantic Ocean.

After finishing the hole unscathed – by which I mean, my ball stayed dry – I did what countless others who’ve played the hole have done before me. I stopped and took a lingering look over the edge, all along the North Antrim Causeway Coast, with its white rock cliffs, and out to sea.

Golf courses, particularly traditional links set on the ocean, offer some breathtaking views. This is one of the best.

As spectacular as the fifth hole is, though, it wasn’t the one I was anticipating most during my round on a recent visit. That would be the seventh hole. It’s one of two new holes on the Dunluce, created by borrowing some of the land from Royal Portrush’s second course, the Valley.

The long par-five hole snakes its way through what can almost be called a canyon, framed on the right by towering sand dunes that run parallel to the fairway and the coast. The hole is just a year old, but already fits seamlessly into the course, which was created in the late 1880s by Old Tom Morris and extensively reworked in the 1930s by famed English architect Harry S. Colt.

The eighth hole, a par-four, is also new, and also very good. But this course is consistently ranked among the top 10 or 20 in the world. It would seem unwise or even sacrilege to mess with it, like adding a necklace to the Mona Lisa. But the changes, under the direction of the Mackenize & Ebert golf architecture firm of West Sussex, England, have served two significant purposes.

Royal Portrush’s marquee course, named after a 13th-century castle whose ruins greet you on the way into Portrush, is now improved for both its members and visitors. With the new holes inserted mid-round, the former 17th and 18th holes have been eliminated. (The closers were inland, moving away from the property’s most dynamic topography, and were considered the weakest on the course, not exactly a crescendo finish.) Mackenzie & Ebert calls the new holes “far superior.” Having played the course both before and after the changes, I would have to agree.

And just as importantly, the new holes have made the course worthy of playing host to the Open Championship in 2019, which begins almost exactly a year from now (July 18-21). This is a big deal for not only Royal Portrush, but also for the one-time fishing village of Portrush and even all of Northern Ireland.

Golf’s oldest championship, also referred to as the British Open, hasn’t been played at Royal Portrush or, for that matter, in Northern Ireland since 1951. The Open has been staged every year since then at a Scottish or English course. (This year’s edition, the 147th, begins July 19 at Scotland’s Carnoustie, among the eight to 10 links that the Open returns to regularly.)

The golf course isn’t the only thing in town getting a makeover ahead of the 2019 Open. Up to £17-million ($30-million) of government money is being injected into Portrush to spruce it up. A new train station and renovated frontages on shops are among the improvements.

When I was there this past spring, the signs of preparation for the Open were everywhere (access roads were under construction on the course, Royal Portrush pro shop staff were opening and displaying boxes of Open-branded merchandise, and so on), and there was an overall buzz in the air, with locals inside and outside the golf industry sensing that their little northern corner of the Irish island is about to be thrust into the golf spotlight.

Like Royal Portrush, the best courses in Northern Ireland are traditional links, located on sandy soil by the sea and set amid naturally forming dunes. With their firm fescue turf and the ever-present wind coming off the water, links require more imaginative shot-making and make golf as much a ground game as an air game. It’s a far different (and more authentic and fun) golf experience than I usually get on a North American course, and worth the effort to get there.

Flights: Ireland’s Aer Lingus and Air Canada are among airlines with direct flights to Dublin from Toronto. Landing in Belfast, Northern Ireland’s capital, is more of an effort, requiring connecting flights.

On the ground: Express buses to Belfast from Dublin Airport leave frequently. The commute is about two hours. It’s not the most luxurious mode of transportation, but it’s certainly the most efficient. Going by train requires a detour into Dublin first, while catching a connecting flight necessitates a layover. Renting a car is also an option, especially if multiple golf courses are on the itinerary.

What else to do: Belfast is a city of modest size, with a population of just 300,000, but it’s an excellent base for a golf trip, rich in culture and with an emerging food scene. Titanic Belfast is a smart and surprisingly moving museum about the city’s most infamous product and a tour of the working-class neighbourhoods where The Troubles flared is a sobering lesson in the city’s not-so-long history. Outside Belfast, the Giant’s Causeway in Bushmills is a must-see. Its 40,000 basalt rock columns are as fascinating as they are mysterious. Even getting to the Giant’s Causeway is an attraction itself, as the road to the natural wonder from Belfast hugs the coastline and offers spectacular views of the Irish Sea and eventually the Atlantic Ocean (and even Scotland on a clear day). It’s one of the great drives in the world. Northern Ireland is also dotted with locations used in the popular Game of Thrones TV series. Tour companies have jumped in to take you there.

Where to stay: Beyond Belfast’s collection of four-star hotels, the Slieve Donard in Newcastle is Northern Ireland’s grandest and most elegant hotel, named after the mountain that surrounds it and the town. It’s also notable for being next door to bucket-list golf course Royal County Down, with the two properties separated only by an unlocked gate. The Bushmills Inn in the charming village of Bushmills, where the whiskey maker gets its name, is a far more quaint accommodation (although still spacious and luxurious). Its twisting hallways occasionally dead-end at reading nooks with roaring fires, and its cozy lounge in the front is the perfect evening wind-down spot for a whiskey, Guinness and an occasionally spontaneous session of Irish music.

Let’s play more: Royal Portrush is just the beginning of a Northern Ireland golf experience. Other courses to play include Royal County Down in Newcastle (ranked by Golf Digest this year as the best course in the world outside the United States), Portstewart (whose mountainous dunes on the front nine are nothing short of breathtaking) and Ardglass (a lovably quirky course with a real 15th-century castle for a clubhouse and one of the world’s most majestic opening tee shots, over a rocky coast line).

Golf tip: Royal Portrush, Royal County Down and most of the best courses in Northern Ireland, the rest of Britain and the republic side of Ireland are private, but they’re not impenetrable the way most North American private courses are. Golfers can inquire on their own through the courses’ pro shops for openings, which are available on a limited basis. Or they can enlist a golf tour operator to arrange an itinerary that includes tee times, transportation and accommodations. “Tour operators can get a little more access [because] we’ve established a relationship with the courses,” says TJ Rule, co-owner of Toronto-based Golf Away Tours. The other advantage with a tour operator is peace of mind. “Guys don’t have to think about everything. Just the golf.”

The writer was a guest of Tourism Ireland. It did not review or approve this article. 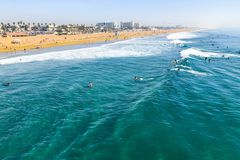 My search for healing amid New Zealand’s rolling hills and vibrant waters Subscriber content
May 24, 2018 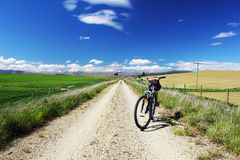 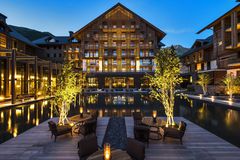