I spent the morning travelling around the airwaves of East Africa. After a taste of high-energy Ugandan pop on RadioCity 97 FM, it was over to Mogadishu and the much more serious, newsy tones of Radio Shabelle. I don’t speak Somali but, for some reason, did make out the words “General Hospital” and “Anthony Fauci.” A second later, I’ve left Africa and am up in Bishkek jamming out to some gauzy Kyrgyz easy listening.

My globe-spanning journey was facilitated by the app Radio Garden. While the ability to freely travel in person might still feel like a long way off, websites such as Radio Garden are providing an ingenious way to hear the world.

Radio Garden began life as a website in 2016 when it was launched by the Netherlands Institute for Sound and Vision. The app came along in 2018, but has seen a dramatic increase in listenership – up over 750 per cent – in the past few months. Jonathan Puckey, one of Radio Garden’s founders, told Wired magazine that the uptake in listenership often corresponds directly with the severity of a country’s lockdown.

Opening the app reveals a satellite view of the globe that can be spun on its axis. It looks similar to Google Earth, but is pieced together using imagery from a host of different mapping services. Radio stations are indicated by little green dots and clicking on one brings up that particular station along with dots for any others nearby.

This interface makes the act of listening to it as much a geographic experience as an audible one. Roaming around the map looking for stations reveals all kinds of interesting surprises, and a big part of the fun is simply finding a remote green dot and clicking on it.

Why is this station in the middle of the south Atlantic, almost midway between Angola and Brazil, playing Naive, a mostly forgotten 2006 hit from the Kooks? Turns out SAMS Radio 1 is broadcasting from Jamestown Saint Helena, part of the British Overseas Territory. It is widely regarded as one of the remotest and forbidding looking islands in the world – it was here that Napoleon died in exile – but if you’re a fan of mid-aughts indie rock, it might be the place for you.

Similarly, Radio Pikan FM 89, in Saint-Paul, Reunion, a small island 500 kilometres east of Madagascar, is playing some kind of zydeco tinged music, which seems strange and sends me deep into the linguistic corner of the internet where I learn that most people on this island out in the middle of the Indian Ocean speak Reunion Creole, a French-based Creole unique to the island. The language might not have an official written form yet, but it does create some great music, sort of a cross between Clifton Chenier and Peter Tosh.

There are other websites out there that deliver internet radio stations from around the world, worldradiomap.com, radio.net and mytuner-radio.com are all decent, but Radio Garden’s beautiful map interface and ease of use makes it among the best.

Turkish graduate student Erkam Seker, however, has added a new level of complexity and interest to the experience by taking the concept from outer space to street level. His immersive website Drive and Listen puts viewers in the passenger seat of vehicles driving through city centres around the world while listening to live local radio stations.

He started by simply synching the internet radio feeds with driving videos he found on YouTube, but now has listeners sending in their own drives from places as diverse as Antalya and Curitiba.

For Seker, who is currently studying in Munich, the inspiration came simply from feeling homesick. “I missed Istanbul,” he says, “the city where I lived for six years when I was working on my undergraduate degree. Because of lockdowns, everything was turning into an online experience: online meetings, online classes, online remote working. Most people started working from home instead of driving to their offices, some people cancelled all of their travel plans completely. I thought there was something missing there, that is, being on the road. I thought Drive and Listen would carry this into an online experience. Personally, I cannot imagine driving around a new city without jumping around the FM dial.”

There’s an undeniable thrill to be driving virtually through a city you’ve visited and spotting a favourite restaurant or familiar landmark.

With one click you’re cruising down the palm-lined roads of Mumbai, dodging pedestrians and overburdened motorbikes, while an announcer reads a hypnotizing story in Hindi. Click again and the Art Nouveau buildings of Prague reverberate, surprisingly, with the dulcet tones of Bryan Adams. Just try not to bop along to Haddaway’s classic What Is Love (Baby Don’t Hurt Me) while driving through the scruffy edges of Budapest on a wintery day.

Toronto is on there, but locals might not find the same thrill of discovery when driving along the DVP, albeit on a bright summer day in light traffic. As for Seker, he says Yekaterinaburg, Russia is his favourite drive, “It’s so nice to watch a driving video of a wild, snowy road from the comfort of my warm room.”

How local tourism during COVID-19 is improving travel for the long term
April 2, 2021 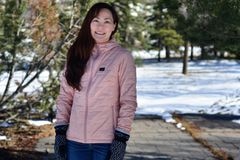 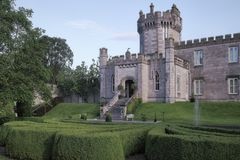 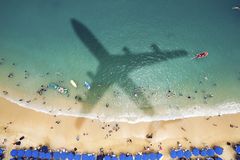