It’s hard to be subtle in Thailand. “Thai people usually go to the maximum in how we dress, tuk tuks, temples, and so it’s very hard to be subtle,” says Niwat Aunprueng, the executive partner with the Bangkok design firm PIA Interior Co. “People aren’t used to it.” A visit to any temple or mall in the country’s largest city, Bangkok, reveals layers of colours, textures and patterns that can overwhelm your eyes.

Subtlety, however, was the main objective of PIA’s work on the recently opened Hyatt Regency Bangkok Sukhumvit. For the hotel brand’s debut in Bangkok, the design firm aimed to put a minimalist twist on traditional Thai decor. “The owner said, ‘I need something very Thai, but not Thai,’” Aunprueng says. His answer was to focus on the space as if it were a residence, versus the 31-storey, mixed-use building that it actually is.

In the guest rooms, artwork on the walls and in the bathrooms is inspired by a gown worn by Thailand’s queen. Latticework in the lobby, a common element of Thai interiors and exteriors that’s used for ventilation and light diffusion, is composed of laser-cut medium-density fibreboard instead of the more traditional and heavy teak. For the hotel’s Market Café restaurant, Aunprueng commissioned artists to make replicas of old Thai cooking dishes, utensils and tools. “It reminds me of my grandmother’s kitchen” says Smith Obayawat, principal at OBA, the architecture firm that worked on the property.

Obayawat, too, called on residential design principles in his work on the hotel. “In Bangkok, the land is expensive. Everyone wants to build up to the edge [of the street],” he says. OBA proposed a garden in front of the hotel’s entrance that provides a buffer between the city’s bustling business district traffic and the Hyatt’s calm. “It creates a community feel and draws people on to the property,” he says.

Other Bangkok designers are also getting behind this low-key design approach. Local studio IDIN Architects designed a residence, called JB House, using unadorned timber shutters that disappear into the structure when they’re closed. Design firm Studionomad played with a pared-back lattice façade on a low-rise apartment building, leaving space between the slats for trees planted just behind the screen to grow through it. And in the megamall, IconSiam, Milan-based design agency Studiopepe focused on diverse textures and a neutral palate for the Thai contemporary fashion brand Jaspal’s store, using rattan, tiles and wood in a minimalist manner.

“The key word for me is ‘quiet,’” Aunprueng says. In other words, some visual calm to counteract the cacophony of the busiest of cities.

Connect with Thailand’s diverse aesthetic by visiting these buildings

The tallest building in the country at 78 storeys, MahaNakhon is dubbed the “Lego building” due to the under-construction effect of its exterior design. Located in the city’s central business district, visitors can head to the top to take in the view from the SkyWalk observation deck or grab a drink at the Skybar. kingpowermahanakhon.co.th

Bangkok is bursting with malls, but the IconSiam still made waves when it opened in late 2018 on the banks of the Chao Phraya River. The shopping centre is one of the largest in Asia and actually houses two separate malls, IconSiam and IconLuxe, as well as a heritage museum, 3,000-seat auditorium and Sook Siam, an indoor floating market. iconsiam.com

In 2017, a series of vacant former shipping warehouses were transformed into a cultural centre. The 43,000-square-feet mixed-use space retains original design elements such as wood flooring, exposed pillars and beams. Tenants include a co-working space, cafés, bars, popup retailers and art galleries. It’s a glimpse of Thailand’s design future. warehouse30.com

Cathay Pacific flies to Bangkok from Toronto and Vancouver via Hong Kong. A business-class ticket allows passengers to take advantage of the Pier, Cathay’s business and first-class lounge in Hong Kong airport, which includes a noodle bar and Champagne bar. The lounge’s real star is the Ilse Crawford-led design, which focuses on wellness and privacy. Soothing dark woods, soft lighting and fresh green accents create a calming environment, perfect for recovering from jet lag during layovers. Take advantage of the shower facilities, which rival many hotels. For more information, visit cathaypacific.com.

The Globe and Mail Style Advisor travelled to Bangkok as a guest of Hyatt. The company did not review or approve this article prior to publication. 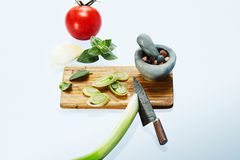 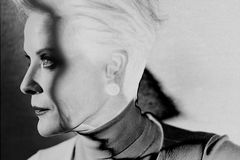 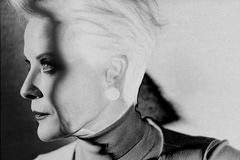