On Feb. 22, Virgin Galactic finally accomplished a long-awaited business goal – and took the first step toward creating a real space-tourism industry. Beth Moses, Virgin Galactic’s chief astronaut instructor, became the first non-pilot passenger aboard the VSS Unity rocket-powered spaceplane as it made its way to nearly 90 kilometres above the Earth.

“It was so black in space and so clear and bright, especially with snow on the mountains. You could see the Pacific Ocean; see the Southwestern United States. … It was just beautiful,” she said of reaching the boundary of space during the 4½ minutes of weightlessness she experienced.

The universe beyond Earth is the last great frontier of travel. And while space as a destination is many things – inspiring, wondrous, humbling – it is also incredibly hard to reach. The space-tourism industry has been slow to develop because it has literally required billionaires willing to spend their personal fortunes and pilots willing to risk their lives to test new rocket technology. High-flying dreams have included spaceplanes, rockets and even balloons to carry people past the edge of space and beyond.

Unpacking why people are willing to spend hundreds of thousands of dollars for a few minutes in space – and who is willing to take them there – reveals a complex niche of the travel industry that, despite optimistic promises for the past two decades, has barely developed beyond its infancy.

“The space-tourism business is an extension of the adventure-holiday trade,” says Howard McCurdy, professor of public affairs with a special focus on space at American University. “After a person has been above Everest base camp and visited the South Pole, space logically comes next.”

What counts as space? Generally, the Karman line, at an altitude of 100 kilometres above sea level, is considered the border of space; this boundary was set out by the Fédération aéronautique internationale, the world governing body for air sports. The U.S. Air Force and NASA define space as starting at 80 kilometres above sea level, which qualifies Moses and her Virgin Galactic pilots as astronauts.

The demand to join her appears to be there. In a 2018 Pew Research Center survey, 48 per cent of people said they were interested in going to space. Some viewed that response level negatively (“Majority of Americans say they wouldn’t be interested” read one headline), while others were surprised that the market is already that big. A 2019 report by UBS bank said that space travel and tourism could become a US$23-billion business by 2030.

Everything you need to know about Aurora Station, the new luxury space hotel

Ten space adventures you can have here on Earth

At space camp, your kid will be over the moon

Ideas to cash in on this potentially lucrative market have included balloon companies that propose taking customers up in giant capsules that rise to space and fall slowly back to Earth before parachutes deploy to soften the landing. Another more outlandish proposal rejected the capsule concept altogether, sending tourists to space in nothing more than a very special spacesuit with parachutes attached for re-entry. Other major players seek to meet your needs once you make it to space: New inflatable space-hotel concepts are proposed each year.

Virgin Galactic, Richard Branson’s self-funded private company, appears to be the most successful at overcoming the many obstacles on the path to space. After launching the company in 2004, Branson hoped for – and promised – flights by the end of 2009. A decade and one devastating crash later, the company is poised to be the first to send a paying customer to space later this year. Flights aboard the VSS Unity, which can carry six passengers each flight, last roughly 2½ hours, including six minutes of weightlessness at the edge of space. While Virgin Galactic is not currently accepting reservations, past tickets have sold for as much as US$250,000 a person.

Another company in the market is Blue Origin, founded in 2000 by Amazon billionaire Jeff Bezos to provide commercial launch services including space tourism. The Blue Origin philosophy is emblemized in the company coat of arms: a pair of tortoises reach for the sun and planets. While moving at a slow and steady pace over the past two decades, Blue Origin has celebrated several successful test launches, including one most recently in January. But the company hasn’t sold any reservations and is conservative on releasing any timelines. It’s a safe guess that paying customers will fly by the end of 2020.

More ostentatious, Elon Musk’s SpaceX is not a traditional space-tourism company. It has shaken up the industry with an almost unbroken series of successful launches and booster landings. It made headlines in the fall of 2018 by announcing that Japanese billionaire Yusaku Maezawa and several guests would take a trip around the moon in 2023. SpaceX doesn’t sell itself as a space-tourism company, though it’s likely it will sell extra seats on the newly tested Dragon capsule, set to begin taking astronauts to the International Space Station in late 2019 or early 2020.

“People have been over-enthusiastic about space tourism for so long that it seems underwhelming now that the suborbital industry is ready to begin flights,” says Joe Pappalardo, author of Spaceport Earth: The Reinvention of Spaceflight, who travelled the world visiting the places where we currently launch satellites and humans to space.

The most notable future space tourists are celebrities and the ultrawealthy (stars with tickets for Virgin Galactic include Russell Brand, Katy Perry, Kate Winslet and Leonardo DiCaprio), which is not surprising given the price. But other passengers whose names don’t earn headlines have also reserved seats.

“One of the most fascinating outcomes from selling travel to space has been the types of people that have signed up to be future astronauts,” says Jay Johnson, a travel adviser who is certified through the Virtuoso network to sell seats aboard future Virgin Galactic flights. “Our clients are pretty much all over the map.”

Almost all of these people, Johnson says, have a deep interest in space, dating back as far as the Apollo program. They are also interested in being pioneers of a new form of travel. Many, but not all, are very rich.

“Oddly, the experience with Everest climbs suggests that this is not just a rich person’s quest," McCurdy says. "Plenty of Everest climbers save for years for the opportunity to make an attempt on the summit.”

During his travels, Pappalardo met with many of those on the forefront of space tourism – and prospective space tourists. What motivated them? “Most people indulge an instinct to explore," he says. "Space tourists are inflated examples of that.”

These destinations are sure to inspire the sense of awe and wonder that any interplanetary explorer could ever dream of.

Close your eyes and imagine a wintry planet from a sci-fi story. What you’ll see probably resembles Paumukkale, except there’s nothing cold about it. Pamukkale means “cotton castle” in Turkish, a reference to the white limestone that has flowed out of calcium-rich springs and solidified, forming terraces of gleaming pools.

Located on the edge of Middle Island on an archipelago off the south coast of Western Australia, Lake Hillier is 600 metres long and 250 metres wide. It may not be huge, but it’s sure to make an impression thanks to its bubblegum-pink colour. Scientists still aren’t sure what makes it pink; most suspect it’s because of the presence of microalgae.

It’s no wonder parts of Game of Thrones were filmed in Iceland. With its fantastical landscape, from black sand beaches to huge swaths of land that look like moonscape, you wouldn’t be surprised to find dragon eggs there. In fact, so much of the country resembles the moon that NASA sent astronauts in the Apollo program there to train.

White Island, New Zealand’s most active marine volcano, was named by James Cook in 1769 (the Maori call it Whakaari), and volcanic gas has been rising from it since at least then. Located 48 kilometres off the east coast of the North Island in the Bay of Plenty, the island’s slashes of reds and yellows, thanks to iron oxide and sulphur, will amaze your eyes, but it’s the bubbling, steaming sounds coming from the crater that are sure to grab your attention.

A protected desert reserve in southern Jordan, Wadi Rum is often called the Valley of the Moon. But with its reddish-pink sand, mountains and natural arches, it looks more like Mars – so much, in fact, that it stood in for the Red Planet in The Martian, the 2015 movie starring Matt Damon. T.E. Lawrence, the man known as Lawrence of Arabia, once described Wadi Rum as “Vast, echoing and God-like.”

Ten space adventures you can have here on Earth
Subscriber content
April 1, 2019 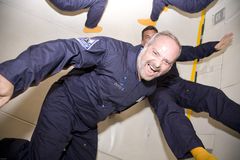 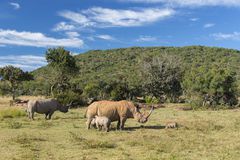 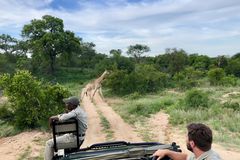