The first thing to know about a Baltic cruise is that the definition as to what just such a thing is remains rather nebulous.

Such a journey will most definitely include some of the nine countries that border the Baltic Sea, but not necessarily all of the Baltic states (Estonia, Latvia and Lithuania). Often Norway is thrown in for good measure and occasionally a ship might even venture as far as Iceland – which I think we can all agree is a real stretch.

Not that the increasing number of travellers taking part in such sailings are complaining. In 2018, a record 5.4 million passengers visited the region, according to Cruise Baltic, a network of partner destinations.

Much of the appeal lies, of course, in being able to visit so much of a vast (and expensive) area so easily. But – as such things typically play out – the more people discover how beautiful and varied the main cities are, the more word gets out and now previously off-the-radar destinations such as Estonia’s Tallinn bustle with tourists in peak season.

But don’t write off the Baltics – or even a Baltic cruise – yet. Even as countless tour groups follow guides holding the ubiquitous “lollipop” signs through countless Old Towns, it is still possible to enjoy some quiet moments away from the crowds. At least until everyone reads these suggestions for some of the most popular ports. Guess you better book soon.

It’s easy to get to Old Town from port (even if you walk, it only takes about 20 minutes) and that’s where most visitors head. An easy way to distance yourself is to check out the modern city and partake of its Scandi chic shopping opportunities, but the Old Town is popular for a reason. Namely, it’s adorable. Get off the main streets by embarking on a little scavenger hunt: Track down Iron Boy, the smallest public statue in Stockholm and then the old Viking rune stone that is hidden in plain sight on Prastgatan. Reward yourself with a fika – the Swedish version of a coffee break – at the Grillska Huset cafe. It’s right on the main square, but unlike the other overpriced tourist restaurants doesn’t seem to attract huge crowds, which is a shame because it’s part of a charitable mission in aid of the poor. The traditional cardamom rolls are a must try. Buy an extra to enjoy back onboard.

The main sights of Finland’s capital city are Temppeliaukio Church (essentially built into a massive rock) and the shimmering stainless-steel Sibelius Monument. But fans of design and architecture will find many other worthy, lesser known stops. You’d never guess the curvy wooden structure in the busy Kamppi plaza is a chapel, free to enter and offering a bit of peace. And where better to find some quiet than a library? The Oodi Helsinki Central Library, opened in 2018, is a multistoried modern dream, with tall green plants, multiple lounge areas and city views from an outdoor terrace.

Frogner Park is by no means a hidden gem, but its 45 hectares means it offers up plenty of breathing room. The star attraction here is Vigeland Park, featuring more than 200 sculptures by Norwegian artist Gustav Vigeland. They are … interesting … and many are not exactly PG. Give them a gander (the mid-tantrum toddler is particularly amusing) but then venture off to explore the water features, gardens and abundant trees. The entire park is free and open 24 hours, so you can take advantage no matter what time your ship arrives in port. And if you’re craving a bit of Viking history, make it to the Viking Ship Museum about an hour before close. Most of the tour groups will have cleared, but you’ll still have enough time to take in the hulking examples of the craftmanship.

This is the one stop where things get tricky. If you want to explore on your own, you’ll have to obtain a visa. If you sign up for shore excursions offered through your cruise line, however, that’s not necessary. So if you can’t be bothered with the hassle, get strategic. As part of its Viking Homelands itinerary, Viking Ocean Cruises offers a guided tour of the city’s subway system. For practical reasons, the group is kept small and the tour is held outside of peak transit hours. Now, if your experience with Canada’s dismal stations has you wondering why on earth anyone would pay money for this activity, be prepared to be amazed. The subway stations here are practically museums unto themselves, filled with colourful mosaics of iconic Communist imagery, glittering chandeliers (yes, on the platforms) and grand marble pillars. (Fair warning: If you live in Toronto you will leave hating the TTC even more than you thought possible.) If you’re set on visiting the Hermitage (and you should be), sign up for a morning tour. On the offered Viking excursion, our guide ensured we were among the first in, which meant we were able to take photos of the palatial hallways and galleries that were free of people. By the time we left a couple hours later, this was an impossibility.

Tallinn’s historic Lower Town is simply beautiful: Close your eyes and picture a pastel pretty fairy tale village and that’s what you’ll see when you open them. You will want to see it. But it’s also small, so you will be shoulder-to-shoulder with other gawkers in the narrow medieval streets and little shops filled with covetable made-in-Estonia goods (forget Scandi design: the creativity to be found in this country is worthy of more attention). When you need a break head to Upper Town, which still dates back hundreds of years but is far less busy. The only spots you will run into crowds up here are at a couple of scenic viewpoints that attract throngs at sunset. But honestly, the views are just as spectacular at any other time of day.

This small Polish city – best known for dockworker strikes and solidarity protests – is a true delight. The architecture is charmingly bonkers. Rows of five-storey, brightly coloured Hanseatic mansions covered in the most outrageous ornamentation line its Royal Way. Every shade – from pastel purple to bold mustard yellow – is represented, and reliefs of Roman Caesars, townspeople, ancient ships and dogs decorate the fronts. (What makes it even more remarkable is the fact it was all reconstructed after being levelled during the Second World War.) There is simply no way getting around the fact that you will want to see it all. But when the jostling for photos gets to be too much (this term gets thrown around a lot but it is an Instagrammer’s dream ) break free from the Main Town for a quick exploration of the Old Town, where you will likely be the only cruise passenger wandering around. Only a short walk away, this area is less flashy but equally lovely. The tall facades give way to green spaces, a sculpture park and a diverse range of architectural styles along the Martwa Wisla river. It feels both old and modern, which gives it a refreshingly different energy.

To make your escape in this quaint Norwegian city, head up, taking the Floibanen Funicular to the top of Mount Floyen. You’re immediately greeted by sweeping views of the city, a gift shop, cafe and tables that are perfect for a little impromptu picnic. Walk inland a bit though and you will come across the quirky Troll Forest. How you feel about the woodland area – dotted with sculptures of Norway’s famous troublemakers – will depend heavily on whether you find the grotesque creatures cute or creepy. Further into the woods is Lake Skomakerdiket, where you can rent a canoe for free without any reservation required (seasonally). Three cheers for those Nordic social policies.

The writer travelled as a guest of Viking Ocean Cruises. It did not review or approve this article.

The Viking Homelands sailing from Viking Ocean Cruises includes all of the mentioned ports plus additional stops in Berlin, Denmark and Norway.

As you might expect from a cruise line named Viking, the ships are designed with a distinct Norwegian vibe. Cozy reindeer hides sit atop rich leather and wood chairs. A soothing palette of greys and blues brings to mind the colours of the country’s famous fjords. Norwegian food favourites such as sweet brown cheese (it’s delicious, honestly) are always available at the Mamsen’s cafe.

Keeping with the theme of finding moments to oneself, the passenger capacity for each ship is just 930, and while the design feels light and airy both in cabins and public spaces – it’s easy to find private spots. You can curl up to read in one of the libraries (boasting well thought-out book selections), watch the Northern Lights (if you’re lucky) from the spacious windows of the Explorer’s Lounge or watch a film screening in the Explorer’s Dome, essentially a mini planetarium.

But the best spot to unwind is the spa, which features a full Scandinavian circuit of steam rooms, sauna, snow room, pool and more. Entry is free anytime, but treatments cost extra.

The price of all sailings includes a complimentary shore excursion in each port of call, onboard Wi-Fi, specialty restaurant dining, beer and wine at lunch and dinner and more.

The Viking Homelands cruise starts at US$7,499, based on double occupancy, not including airfare. Available until January 31 is an offer of 2-for-1 deposits and $400 off flights. 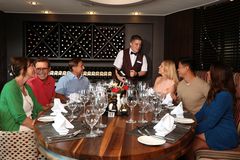 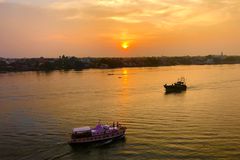 Why sea days should be on your cruise itinerary Subscriber content
January 13, 2020 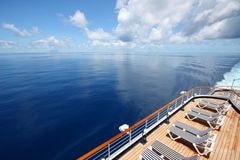