My friends raise a skeptical eyebrow when I mention I’ve been to Europe on spare change. I don’t blame them; it does sound preposterous. But, as I tell them, there is a simple and financially painless way to travel. All it takes is patience, diligence and a big jar.

It began a few years ago. I tend to cram enough coins in my wallet to solicit comments from friends (mom purse!) and requests from cashiers in urgent need of small change. One night, I decided to lighten the load and tossed all of my toonies into a jar. There were five. It was such an easy $10, I decided to continue adding toonies every evening when I got home. I had no specific goal, but after a few months, I needed a bigger jar. I counted the coins as I moved them and when I discovered I had more than $800, I was thrilled. It was enough money to start daydreaming of uses.

Fast-forward to a full jar (after 18 months in total) and I was about to check off a bucket-list trip to see Antoni Gaudi’s work in Spain. My toonies covered the flight and accommodation. Although technically I paid for the trip, it felt as if I were travelling for free. I only had to dip into my bank account for meals and any extras – in my case, a cooking class I might not have considered if I was already worrying about the overall cost of a week in Barcelona.

Since then, I’ve learned there’s nothing like seeing a full jar and wondering where it can take you. Aside from visiting every Gaudi creation in Barcelona, I’ve also learned to snorkel over a coral reef in Mexico and swum in a cave in Cuba. All thanks to toonies.

Finding a jar is the easy part. To keep the coins flowing in, I’ve learned, takes no small amount of diligence. You have to constantly resist the temptation to spend a toonie when you are fumbling through your change. Sometimes that means pretending you’re awash in dimes and nickels and so you break a bill for a small purchase (bonus, you’ll likely get another toonie). At home, you need to be equally rigid and avoid borrowing from your coins.

And then, there’s having patience. If you’re thinking of a vacation in a matter of months, it’s likely too late to start collecting toonies for airfare today. The jar gets filled in fits and starts depending on how you shop (hint: try farmers’ markets with so many vendors).

In the few short years I’ve been travelling on spare change, I realize I’ve become an oddity – and it’s not just the sight of a middle-aged woman dragging what are essentially outsized piggy banks to a large financial institution. As with almost every endeavour these days, technology has altered the status quo. All too often, I’m now asked by a cashier whether I’m using “debit or credit” and I feel antiquated when I mention I carry cash. Occasionally, I succumb to tapping a card or shopping online. Yet, every bit of convenience requires me to return to my diligent and patient way of eventually surprising myself with a “free” trip. Yes, those are old-fashioned and somewhat rare values in our digital age. But for those willing to try, I say, see you in Dubrovnik. Or maybe on an African safari. Or …? 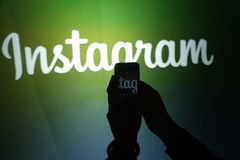 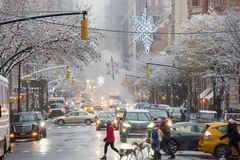