Maybe it’s just me, but wine seems to taste better when you sip it on the same property where the grapes were grown, crushed, fermented and aged; when you talk to the people who dreamed it up, and then made it.

I like my wine, but I am no oenophile. Thus, I enjoy a good winery tour; I appreciate having things explained to me. And in the absence of my ability to detect notes of grass or chocolate, at least I’m left with some memories to conjure when I open the bottle(s) I will inevitably purchase.

One major hitch can be transportation: You (obviously) can’t drive. Finding a willing designated driver is challenging, and hiring a driver for the day is not in the budget. Minivan tours that entail hanging out with progressively more intoxicated strangers are not my jam. I’m tempted by the idea of a bike tour in Niagara or the Okanagan, but I’m not sure I’m confident enough in my cycling abilities while potentially tipsy.

You know what I am good at? Walking.

So imagine my delight at arriving in New Zealand’s Central Otago region shortly after the opening of a new walking wine trail there. Central Otago is the world’s most southerly wine-growing region, New Zealand’s coolest (temperature-wise), and world-renowned for its pinot noir.

The 4 Barrels Walking Wine Trail is a self-guided, free tour that takes in four wineries in Cromwell (east of Queenstown) on an eight-kilometre loop, and can be completed in about four hours, including fairly leisurely tastings; a bit longer if you want to include lunch.

Our first stop was the tasting room at Misha’s Vineyard, where the idea for this walking wine tour originated. Misha and Andy Wilkinson moved to New Zealand in 2001 (Andy is a Kiwi; Misha was born in Australia) from Asia with a vision to produce a range of wines suited to Asian as well as Western foods. They found the perfect spot for their vineyard dream in a former sheep-run.

Despite the predominance of pinot noir in this region, they saw no reason not to also produce aromatic, fruit-forward whites. And so in addition to its fine pinots, Misha’s offers rieslings such as Limelight and Lyric, sauvignon blanc such as The Starlet and pinot gris such as Dress Circle. (Misha Wilkinson was a dancer and her mother an opera singer and all of the wines have theatrical names.)

Following a stroll along the south shore of Lake Dunstan and a walk across a little wooden bridge, we arrived at Aurum Wines, also a family vineyard, this one French-influenced. Its principal winemaker, Lucie Lawrence, is a third-generation winemaker from France; she met Brook Lawrence, the son of the couple who planted the vineyard’s first grapes in 1997, when he was training in Burgundy. Aurum’s reserve pinot noirs, both organic, are named for Brook and Lucie’s daughters, Mathilde and Madeleine. I also enjoyed a dry riesling and a pinot gris.

Stop three, I fuzzily thought, would have to include food.

We embarked on a short, brisk hike past vines and through a grassy area (which I would never have been able to do in, say, Australia, where no amount of pinot would have calmed my snake fear), and arrived at our third destination.

The spectacular Wooing Tree Vineyard is named for the giant tree on the property, which is surrounded by much more diminutive grape vines and, on the day I was there, framed by a brilliant blue sky. Co-owner Jane Bews described the tree to me as historically being “sort of the lovers’ lane of Cromwell,” which still attracts its fair share of marriage proposals and weddings. (It is a perfect foil to Cromwell’s other major landmark, the Big Fruit Sculpture, which is visible from Wooing Tree.)

This vineyard is all pinot noir with the exception of one hectare of chardonnay grapes. Wooing Tree’s Blondie, a blanc de noirs made from 100-per-cent pinot noir grapes with a champagne colour, is their most popular wine (and Legally Blonde star Reese Witherspoon’s favourite New Zealand wine, “naturally,” the actor posted to Instagram). The Blondie worked very well as a kick-off to the tremendous platter of breads, cheeses and antipasto on offer.

We walked toward the final stop along a gravel road, working off some of that sourdough and brie. Allan Scott is a well-known New Zealand winemaker, one of the first indies to be established in Marlborough in 1990, the rich wine region at the northeastern tip of the South Island. The Scott family, wanting to diversify, later bought land in Central Otago and established Scott Base. (It’s a pun that I didn’t get; Scott Base is a New Zealand research facility in Antarctica. The family donates a percentage of sales of Scott Base wines to New Zealand’s Antarctic Heritage Trust, which maintains historic buildings at Antarctica’s Scott Base and inspires young explorers.)

The views from this elevated property are magnificent; you can see the Wooing Tree and also the giant fake fruit, all set against a mountain backdrop. Inside, the tasting room is warm and welcoming.

My wobbly tour wrapping up, it was time to make a purchase. Canada’s rules allow me to bring home only two bottles of wine duty-free, and only one of those bottles was going to be for me, so I had to weigh my options carefully. (I had already promised a bottle of Central Otago pinot noir to my wine-collecting next-door neighbours, which I got at Carrick, a short, spectacular drive away in Bannockburn.)

The right thing to do, probably, would have been to go for one of the many pinots I had tasted and fallen for that day. But I am a sucker for a well-oaked chardonnay, and Allan Scott makes a very good one, I was promised. Allan Scott Generations Chardonnay is described as being “like a ripe stone-fruit brûlée with aromas of vanilla and sweet toasty oak.” It comes from a vineyard elsewhere in New Zealand, but they had me at brûlée.

I told myself I would open this very special bottle of wine when I had something to celebrate back home.

Fast-forward to (ugh) nearly 11 months later. The Allan Scott Generations Chardonnay was still wrapped up in the little storage area where I keep the good wine.

But my kid was turning 10 and I figured if a decade of parenting wasn’t worth celebrating – or at least an excuse to brûlée away one’s sorrows – what really was? Also, there was that name, Generations.

Among the beautiful chaos of my child’s sushi-dinner birthday, I opened the bottle. As I poured it for the only other wine drinker there and myself, I told everyone about the tasting room where I had bought it, the walking wine tour that preceded the purchase, the bike trip I took on the Otago Central Rail Trail the next day. And when I swirled that chardonnay in my glass and took my first sip and then my second and third and beyond, the wine felt like a teleportation device. It was oaky and fruity as promised, just as I like it. But beyond the taste, it became a magical portal back to a perfect day filled with fresh air, a lovely walk, friendly vintners, a 13-metre-high fruit sculpture and too many glasses of wine, so, so far away.

The writer was the guest of Tourism New Zealand and Air New Zealand. Neither reviewed or approved this article.

Begin your Kiwi wine experience before you get anywhere near the place. Air New Zealand is the single largest server of wines in the country. In addition to its regular wine list, Business Premier cabins offer premium selections, which rotate every couple of months.

Queenstown, about a 45-minute drive from Cromwell, is a popular resort town, and can serve as a base for exploring Central Otago. Hotel St. Moritz, just up the hill from Lake Wakatipu (and the action) is a quiet, luxurious hotel with tremendous views. The enormous buffet breakfast is just what you need to fuel up for your wine-trail walk. Rates vary by season; stmoritz.co.nz.

A short drive from Cromwell is tiny Clyde, a former gold-rush town, where Olivers Central Otago offers a friendly refuge in pristine, luxurious accommodations, either in the lodge or converted stables. The hot, home-baked breakfast (included) is served in the courtyard or in the historic, schist-walled dining room. NZ$245-$445/night for two guests; oliverscentralotago.co.nz.

Right in Cromwell, the Harvest Hotel at the Gate is a good standard option with 47 rooms; views include the mountains and vineyards. Rates from NZ$160/night for two guests; thegate.nz/hotel. 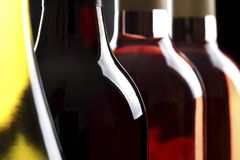