Globe reader Dr. Frances Shepherd explains why she signed up for not one, but three cruises with The Globe and Mail. Learn more at GlobeandMailCruises.com

Tell us a bit about yourself

I am a medical oncologist at the Princess Margaret Cancer Centre in Toronto.

I’m married with two grown children, Kathryn, an international arbitration lawyer who lives in Paris, and James, an architect who lives in London. I also have two Franco-Canadian grandchildren, Julien and Stella, in Paris.

You’ve been on not one, but two Globe cruises now. What makes them so special?

Indeed, I went on my first Globe cruise last August on the Rhône and the Saône in France. Within a couple of days, I realized that sailing with The Globe added a totally new dimension to cruising, and that I would be reluctant to cruise without them ever again.

The Globe personnel, including the publisher, editor-in-chief and the columnists all provided incredible behind-the-scenes insights into the running of the newspaper and brought an in-depth Canadian perspective to local, national and international affairs.

The Globe also attracted an unbelievable group of Canadian travellers. They represented the highest levels of achievement in industry, academia, and the arts. Dinner conversations were wide-ranging, freewheeling, and certainly never dull. Where else would you find three passengers with an Order of Canada seated at the same table? In short, the intellectual stimulation brought to cruising by The Globe is why I now consider myself to be a “Globe cruising addict”, and why I signed up for Portugal this April, and Normandy next July.

Tell us about your experience on the Portugal cruise. What did your days consist of? How did it differ from other vacations or cruises?

Cruisers beware! Globe cruises are not restful – they start sharp at 7:30 a.m. with the ever-so-popular “standing room only” Globe Insider Breakfast with the Publisher or Editor-in-Chief. Then it’s off to a choice of exciting excursions, always with knowledgeable guides, back for lunch and then either more excursions or Globe focus talks in the afternoon.

Tara O’Brady and Beppi Crosariol ensured that dinners on or off the ship were gourmet events− always memorable, delicious and reflective of the best of the regional cuisine.

With respect to Portugal in particular, I think the Douro River and the Douro Valley are hidden gems. The majesty of the river, the granite cliffs and the terraced vineyards were a surprise to me, and unlike other rivers winding their way through wine country. In fact, the terraced vineyards have even be designated as a UNESCO World Heritage Site.

Do you have a favourite destination or memory from the Portugal cruise?

Portugal was a treasure trove of historically important towns, villages, churches and galleries. It was wonderful to be reminded of the importance of Portugal in the discovery of the New World from Goa to the Americas in centuries past. If I have to select one event that is forefront of my mind, it might be the moving concert that was held in the magnificent Baroque church of Porto with music from Handel to Andrew Lloyd Webber!

What better way to celebrate (or perhaps remember and mourn) the 100th anniversary of the ending of the “war to end all wars”. With The Globe, I am sure we all come away with a better and in depth understanding of the role that Canada played in WWI, and how it really shaped the coming of age of our nation. 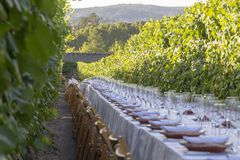