A peek through a tent flap onto a cloudy mountaintop. A red shack providing a pop of colour in a serene landscape. The back of a woman in a floppy hat in the front of a canoe.

If you use Instagram to whet your travel appetite, you’ve likely seen these photos many, many times. As proven by the account @Insta_repeat, which gathers near-identical shots taken by random Instagram users, the world of travel photography is starting to look awfully repetitive.

“I don’t want to complain about it because I’m responsible for it too, but Instagram is kind of ruining things,” says Kael Rebick (@punkodelish), a Toronto-based photographer.

It’s not only an issue at the amateur level. With so many users chasing likes and followers by posting the kinds of photos that have proven to be popular in the past, more creative shots are simply not rewarded or are too risky, some pros say.

“Over the past few years, I’ve watched the state of the industry decline massively as we see a huge decrease in creativity and a huge increase in people recreating the same images time and time again, even professionals that do it for a living,” says Callum Snape, a Vancouver-based photographer (@calsnape). “I think Instagram does inspire creativity – but it doesn’t reward it.”

Instagram boasts more than a billion users around the world, including 8.5 million monthly active users in Canada, so some degree of repetition is unavoidable. But often that repetition isn’t a simple coincidence.

“People are driven by popularity. It’s a popular shot, that person gets a spike in growth or whatever, and they want to feel that too. So they emulate that to try and repeat that success,” says Edmonton-based photographer Mark Jinks (@markjinksphoto).

For proof, look no further than the thousands of people who descended upon a sunflower farm in Hamilton, Ont., recently to snap photos of themselves in the yellow field. The owners had to call the police and eventually close their farm to visitors when the crowds got out of control.

Secrecy is one of the only ways left for travel photographers to rise above Instagram’s sameness, Jinks says.

“I’m just trying to find spots that aren’t photographed as much, and then keeping them secret is the key.”

And he’s not the only one who thinks keeping locations to themselves has become almost as important as capturing beautiful images. “I don’t geotag a lot of places,” says Toronto-based photographer Sanjay Chauhan (@jayeffex)

But why do so many people want the same photograph they’ve seen dozens if not hundreds of times on Instagram?

“Instagram is as much about getting approval as it is about taking photographs, and that’s a big driving force,” says Robert Burley, a professor of image arts at Ryerson University in Toronto.

Seeing the same images repeated again and again may also condition our thinking about what a travel photograph should look like, making it even more likely that people will contribute to the repetition when they pick up their cameras, says Kotama Bouabane, an instructor at OCAD University in Toronto.

“If they’re seeing all these images on Instagram that are sort of the same, that’s where their visual vocabulary is coming from,” he says.

As a professional photographer, seeing your work recreated by others is flattering – with one exception, Snape says.

“Most of the time I see it as a positive thing, especially for those that do this as a hobby – I think it’s a form of flattery," he says. But "I have had my images copied by professionals, and that’s where I draw the line.”

However, given the nature of travel photography, it is practically impossible to prove that any one photographer owns a certain shot, Rebick says.

“Because my pictures are of buildings or of a landscape, you can’t really claim that as your own.”

The desire to capture a photograph that will get the most likes and followers on social media has given rise to apps that allow you to create an almost entirely fake image by, say, adding sunlight to a cloudy day or additional elements to a bland landscape.

“Those apps where you can add in lightning bolts and stuff just drive me nuts. It gets to the point where: Is photography in the future going to be no one’s actually out in the field shooting stuff? Is it all going to be computer-generated?” Jinks says. “For me, part of the challenge is recreating the shot as is.”

“I really don’t like photos that have their skies replaced or have fake light added. Sadly, it’s done to most photos that we see online now and it’s not a true representation of the scene,” Snape says. “I think there needs to be more honesty around this subject, and it’s the responsibility of the photographer to tell people that the work they create is digital artwork. That being said, for the ones that do create digital artwork and are honest about it, I really enjoy their work.”

“It’s about how you define yourself,” Chauhan says. “If you call yourself a photojournalist, then I think it’s really important that every single thing in the picture is as it was, untouched. If you call yourself a digital artist, I can see having some creative freedom to manipulate a picture.”

We asked five popular Canadian Instagram photographers for their recommendations.

Callum Snape: It’s hard to pick just one, but my good friend Elizabeth Gadd (@elizabethgadd) creates some stunning images. All of her images are very unique. Her use of human subjects in wild places creates an emotional response in the viewer that is unparalleled. Garrett King (@shortstache) and Jason Charles Hill (Jasoncharleshill) are two others I highly recommend. Their creativity shines through in all the work they produce. It really sets them apart in the photo industry.

Joann Pai: For travel, I love @andreagentl. There’s so much soul in the way she captures people, objects, textures, colours. I love the way she sees the world.

Mark Jinks: For my recommendation of another Instagrammer, I’ll go with Jeff Wallace (@wherezjeff). Jeff captures the essence of relevant current events incredibly well, possesses a varied skill set and has been a great mentor to me.

Kael Rebick: I’d recommend @sejkko. It’s a different sort of style of photography. It’s more dreamlike and like paintings. It’s so different from what I do. Every single image tells a story. It’s very original.

Sanjay Chauhan: I’ve been following @paulzizkaphoto for years now. He is one of the most talented landscape photographers in Canada. His work is very inspiring and showcases some less explored yet strikingly beautiful spots in Canada.

Want to see the most of Iceland? Explore it by cruise ship
September 12, 2018 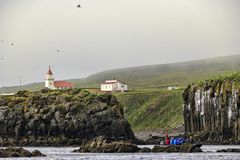 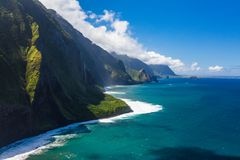 Get out and walk: How to see Banff without the bus tour
September 5, 2018 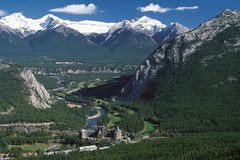