Two years ago, Denise Williams spent one glorious week in Belize. She stayed on an idyllic seaside property with 12 rooms surrounding an inviting pool. There was staff onsite to cook meals and a bartender to mix exotic cocktails. And when she wasn’t being pampered at the property, Williams wandered down to the beach, went snorkelling in the crystal-clear waters and headed into town to explore. “It was delightful,” she says.

It sounds like the perfect vacation. Except that it wasn’t a vacation. Williams, who lives in Hamilton, was in Belize with a dozen of her colleagues, all of whom work for Automattic, a distributed-technology company of more than 700 remote workers broken into smaller teams that meet for regular retreats around the world.

Corporate retreats sound like a great way to get out of the office, get a new perspective with a fresh location and engage in some team-building exercises. In reality, they are often the butt of jokes: a soulless corporate retreat centre in the woods with mediocre food, trust falls, awkward role playing and maybe an outdoor activity or two. But that’s changing. The new breed of so-called workation retreats combines a true vacation-like atmosphere in stunning destinations with the chance to connect with your team through meaningful shared experiences – while also getting some work done.

Think of these new retreats as a really expensive foosball table or all-Champagne happy hour on Friday afternoons – in other words, a perk that’s also a sign of the increasing erasure of any firm line between personal and professional lives. “Part of this is just an increase in the blending of business and leisure – especially because you can now be connected with a smartphone anywhere in the world,” says Lauro Ferroni, global head of hotels and hospitality research for JLL, an investment-management firm that specializes in real estate.

A lot of us might be under the impression that we already spend too much time with the people we work with and it’s hard to imagine that spending more time with them – in bathing suits – is a good solution to anything. So there is a question of whether relocating a tedious workplace dynamic to, say, the Bahamas, can indeed make team-building or strategy-setting more appealing.

It’s not just the vacation-like atmosphere that can make these trips more effective, but also the fostered informality and built-in “hangout time” that marks a striking difference from the corporate retreats of yesteryear. “This new generation of retreats is more effective because they tend to be more like leisure travel, with activities and excursions and staying at resorts, and those sorts of things do have a positive effect,” says Andrew Sheivachman, business travel editor at Skift, a media company focused on the travel industry.

Bruno Haid, co-founder of Roam (roam.co), which provides co-living/co-working sites for remote individuals and teams in San Francisco, London, Bali, Miami and Tokyo, says his aim is to accommodate a more cohesive group dynamic through a process that doesn’t feel overwhelming. Shared common spaces and big community dinners are at the core of Roam’s model and activities might include something low-key such as breaking into groups to make pizza from scratch – the kind of thing that “won’t exhaust even the introverts,” Haid says.

While exotic retreats have become famous for their appeal to freelance digital nomads keen to pound away on their laptops while sipping Mai Tais in paradise, these new retreats are also being designed to complement the changing nature of even full-time employment. There’s a growing global network of remote workers driving the demand for these work-play hybrid experiences, as colleagues who might only be acquainted through e-mail and Skype are brought together to build a relationship IRL (in real life).

Williams says these retreats – which she describes as half in-person project work and half bonding – have a positive impact that reverberates for many months once she returns to her independent office. “We all work way more effectively as a team long-distance once we’ve made those connections in person,” she says. “You get to see different, more personal sides of them, to hear about their families – certainly more than you would discuss over Slack at work.”

It’s also possible there’s some kind of transference involved with taking a corporate team to an inspirational place. Melanie Coates, director of marketing and business development at Newfoundland’s luxurious Fogo Island Inn (fogoislandinn.ca), says a special destination can help prompt creative breakthroughs and a reassessment of values. “People catch the spirit here and it always goes back to the core, to the spirit and soul of the place,” she says. “We dig deeper and we give people the opportunity to dig deeper. In business, your future is very dependent on your history and we afford people the opportunity to look back to the original settlers and how they survived.” It’s particularly effective, she adds, for groups facing a corporate takeover.

At Fogo Island Inn, one of the most popular team-building exercises is a boat-building session. “You’ll meet a local builder who’s kept the tradition of boat building alive and they’ll introduce the group to special techniques and recount the experience of a life lived between wind and water,” Coates says. Following that, participants take a team-building guided harbour row in groups of two. “You’re only as strong as your weakest link, and that quickly becomes very clear when you’re rowing,” she says.

Co-living and co-working has already become a major hospitality trend for individuals, so it’s perhaps no surprise that groups have followed. Sheivachman also believes more companies will look to similar activities as younger people coming into the work force look for an employer whose values mirror their own. “Companies can be like: It’s cool, we get you, so we’re going to spend a week in Paris that helps build community and will be fun for you,” he says.

These kinds of experiences don’t come cheap, especially when compared with renting a local ballroom and stocking up on party sandwiches – but there’s clearly a value proposition for this kind of investment. Automattic, for example, promotes the retreats heavily in its hiring literature in the hopes of luring top talent. “If you as a company want to stand out among your peers as the company that provides memorable experiences, this can be a handy retention tool,” Ferroni of JLL says.

But the most important part of these newfangled retreats, Sheivachman says, is still the old-fashioned idea of just trying to get everyone on the same page. “When you spend a week with your co-workers non-stop, there’s this team-building aspect, you find commonalities with people you didn’t know you had and you develop the whole ‘We’re a family’ thing. Your mileage may vary on that, but when you think about the potential rewards in productivity, it’s really not that expensive.” 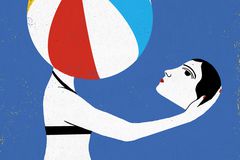