To say the hat hanging on the wall at KM33, a boutique at the Viceroy Los Cabos, is over the top would be an understatement. More than half a metre wide with 10 centimetres of fringe, the accessory, crafted by the Mexican design duo Olmos y Flores, is as much its own beach umbrella as it is a statement piece-slash-Instagram bait. Bella Hadid got nearly 1.5 million likes when she posted a photo of herself wearing it, and little else, while posing in the sand; when I post an Instagram story of me trying it on, one friend immediately asks why I’m wearing a rug on my head.

If bringing home a sombrero is the ultimate Mexican souvenir cliché, then Olmos y Flores’ palapa hat, which retails at the Viceroy for about $500 plus tax, is the perfect encapsulation of Cabo right now.

Once considered primarily to be a cheesy spring break party destination, Cabo is in the middle of a reinvention: With a US$1-billion investment in hotel development, focused within the luxury category, US$50-million in airport upgrades and an emphasis on top-notch food, spa and design, the destination offers a refined, yet low-key vibe that is decidedly different from most of the sun getaway locales readily accessible to Canadians. Among 2019’s eight new properties and the 13 more slated for the next two years are Four Seasons, St. Regis, Nobu, Ritz-Carlton and Aman Resorts. The latter is known for its strategy of high rates – Amanvari, as it will be called, hasn’t yet posted prices but rooms at the brand’s most recent opening, Aman Kyoto, start at $1,372 a night – and limited capacity.

According to the Los Cabos Tourism Board, it’s growth within that upper end that is driving an overall tourism boom. In 2019, visits are up 16 per cent – 1.5 times the growth of overall tourism to Mexico – with roughly the same increase, proportionately, in international arrivals by private jet.

But while Cabo’s luxury onslaught might be news, its roots are not. Situated at the tip of the Baja Peninsula, where the Pacific Ocean meets the Sea of Cortez (also known as the Gulf of California), Cabo’s waters made it a prized fishing destination dating back to its earliest Indigenous inhabitants. By the early 20th century, Cabo was home to a commercial fishery and canning operation. But the son of Mexico’s president believed the massive tuna and marlin could lure wealthy sport fisherman from nearby Hollywood and Texas; in 1956, he built the 15-room Hotel Palmilla (now a One & Only resort with 174 rooms), playing host to the likes of Lucille Ball and John Wayne, who used to fly down in his Cessna for deep-sea sport fishing.

After the Mexican government built a highway spanning the length of the Baja Peninsula in the 1970s, the so-called resort corridor – which runs approximately 30 kilometres from San Jose del Cabo in the north to Cabo San Lucas in the south (collectively, the whole destination is referred to as Los Cabos, or Cabo) – began to fill in. Cabo’s glamourous image soon ceded to hard-partying spots such as Sammy Hagar’s Cabo Wabo. According to local legend, the bar got its name when the former Van Halen singer spotted a drunk reveler stumbling along the beach and pronounced the man’s moves “the Cabo Wabo”; infamously, a huge, colourful collection of bras and panties donated by patrons past dangles from the cavernous ceilings.

If there’s any question that the pendulum swings back, one need look no further than the tequila tasting I did one afternoon at the Viceroy. The hotel’s head bartender walked me through small-batch liquors produced all over Mexico, starting with Volcan De Mi Tierra, Moet Hennessy’s first tequila brand, and moving on to mezcal’s kissing cousins sotol, made with wild-harvested agave, and raicilla, a single-distilled agave-based spirit from Jalisco.

The tasting is held in the outdoor lobby lounge, also the ideal spot for enjoying the hotel’s most notable feature: a dramatic network of looping reflective pools that take up most of the property grounds, designed by Mexican architect Miguel Angel Aragones to evoke the intersection of the desert, sea and sky.

By the time the tasting concluded, the view had me so relaxed that I retreated to my room and spent the evening soaking in the outdoor bathtub on my deck, proof that a night that begins with tequila need not end in terrible decisions and a hangover – even when you are in Cabo.

And it’s certainly not all about the booze or new high-end accommodations. There’s also a major drive to reflect influences from Baja and across Mexico through Cabo’s design, art and food. At the Cape, a member of the Thompson hotel group, one of my favourite design features were the colourful tiles in the guestrooms, verandas and elsewhere hand-painted by Guadalajara designer Jose Noe Suro; in the hotel’s lobby, a life-size sculpture of a whale greets guests. The piece was made by local artist Marco Castro out of driftwood that washed up after Hurricane Odile five years ago.

And the hotel’s restaurant, Manta, is helmed by Enrique Olvera, the Mexico City chef behind Pujol, currently No. 12 on the S. Pellegrino World’s 50 Best Restaurants list, and New York’s Cosme, No. 23. In Cabo, he takes a coastal approach, focusing on fresh seafood and incorporating Japanese and Peruvian techniques and flavours. Even if you’re not staying at the hotel, stop in in to eat and ogle the design.

Back at the Viceroy, I visited the new 11,000-square-foot spa and contemplated treatments that use local damiana flowers, known as a Mexican love potion, hyssop and dragon fruit; when I was done, I browsed through KM33 again, drawn by the unique pieces curated from across Latin America by the boutique’s owner, formerly a fashion editor at Elle Mexico. I didn’t buy the hat – quite frankly, it looked ridiculous on me. But I don’t need to bring home a souvenir; though I might not have flown in on a private jet, there’s little doubt Cabo’s chic, indulgent charms will lure me back.

The writer was a guest of Viceroy and Los Cabos Tourism. Neither organization reviewed nor approved the story before publication.

During the peak winter season, there are direct flights to Los Cabos International Airport from 11 Canadian gateway cities. Swoop is the latest Canadian airline to offer direct service, with flights from Edmonton and Winnipeg launching in November. 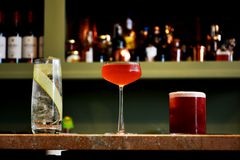 How to keep your vacation high going when you get back
August 17, 2019 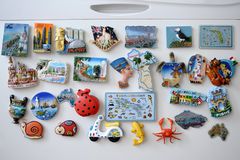 Why you should hire a professional photographer to take photos of your next vacation
Subscriber content
June 5, 2019 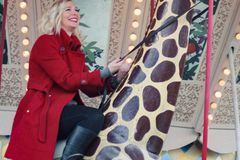