With billions of dollars being spent on the recovery of Canada’s tourism sector, a $851,522 grant seems like a drop in the bucket. But according to the mayor of Kimberley, B.C., this provincial investment in the Rocky Mountain town’s electric-bike infrastructure will pay dividends far exceeding six figures.

“The e-bike phenomenon is not a fad, it is here to stay,” says Don McCormick, adding that Kimberley’s “Electrify the Mountains” project will make it “the first community in North America to embrace a purpose-built trail network for e-bikes and adaptive e-bikes.”

Electrify the Mountains is adding 36 kilometres of pedal-assisted e-bike trails equipped with solar charging stations. Slated to open in 2022, trails will wind through the 840-hectare Kimberley Nature Park and neighbouring Nordic Centre.

Fuelled in part by the demand for socially distanced outdoor activities, the popularity of e-bikes has surged during the COVID-19 pandemic. Year-over-year global sales grew 145 per cent in 2020, the New York-based NPD Group reports, outpacing a 65-per-cent jump in sales of all bicycles. E-bike sharing, rental and subscription services, meanwhile, have sprung up in dozens of cities and towns across Canada.

These zero-emission rides are popular with travellers because they can cover greater distances than would be possible on foot or on conventional bikes, regulate rider exertion by providing battery-powered assistance when needed, and can negotiate trails and paths that are off limits to automobiles and too rugged for e-vehicles such as scooters. No wonder a growing number of Canadian hotels and resorts offer e-bike rentals – western Newfoundland’s Sugar Hill Inn, western Quebec’s Fairmont Le Chateau Montebello, and coastal B.C.’s Tweedsmuir Lodge are three recent examples – with tour operators across Canada incorporating them into the new offerings explored below.

White Mountain Adventures and Banff Cycle both launched guided e-bike tours of Canada’s first national park this summer. The former’s offerings include a 50-kilometre there-and-back ride along the Bow Valley Parkway that’s bisected by a short hike up waterfall-draped Johnston Canyon, and a 50-km return jaunt along the car-free Rocky Mountain Legacy Trail between Banff and the similarly picturesque town of Canmore. Banff Cycle, meanwhile, adds a three-hour “Banff and Bow Valley” guided excursion to the mix. This usually takes in the 13-kilometre Lake Minnewanka Loop, the Banff townsite, Tunnel Mountain Road, the Vermilion Lakes, and the five-kilometre Banff Springs Golf Course loop that passes by thundering Bow Falls.

This new excursion from the luxurious Mount Logan EcoLodge on the Alaska Highway near Haines Junction provides an exception to the rule that Canadian e-bike tours hibernate in winter. Equipped with oversized tires to allow riding on snow and other unstable surfaces, the lodge’s electric fat bikes can be booked for two-hour guided tours that explore the pristine wilderness bordering Kluane National Park.

Sipping and e-cycling in Niagara

Niagara Cycling Tours hosts group outings of at least four e-bike riders that range in length from 65 to more than 110 kilometres. Itineraries include a two-day “Niagara Introductory Ride,” which can be customized to visit local attractions ranging from wineries to waterfalls, and a new “Beers and Bikes” tour, which pedals between more than a dozen craft breweries.

Bikes and bears in Churchill

After running dog-sledding tours for more than a decade, Wapusk Adventures started offering three-hour e-bike tours of the Churchill area this summer. In the company of a guide and a rifle-toting polar bear guard – all the better to scare off the world’s largest land-based carnivore – riders admire various murals in the town of Churchill before following the stark Hudson Bay coast to the surreal wreck of a Curtiss C-46 freight plane, known locally as “Miss Piggy,” which came up short of Churchill Airport’s runway in 1973.

Gardens and gouda on Vancouver Island

Based in pretty Qualicum Beach, the new Electric Bike Co. offers a three-hour “Home and Garden Tour” highlighting high-design private residences and seaside blooms; a four- to five-hour ride and ferry voyage to Hornby Island, home of the Helliwell and Tribune Bay provincial parks; and a two-hour cruise along woodland trails and back roads to the Little Qualicum Cheese Works at Morningstar Farm with a stop for snacks at the Wild Culture Bakery or the soon-to-open Fern + Cedar brewpub.

Celtic Colours on the Cabot Trail

Based in the tiny village of The Lodge on Nova Scotia’s scenic Lighthouse Route, Freewheeling Adventures recently pivoted to add guided e-bike tours to its extensive menu of multi-day cycling journeys. An upcoming six-day circuit of the 300-km Cabot Trail, for instance, will wind through the fiery fall foliage of Cape Breton Highlands National Park and coincide with the Celtic Colours International Festival from Oct. 8 to 16.

As federal deadline for electric vehicles approaches, there’s a tourism opportunity to be had
September 3, 2021 Smaller expedition-style cruises gain favour as travellers look to get back on the water
August 25, 2021 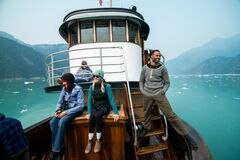 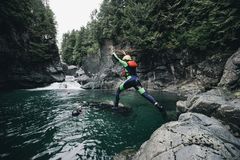