“Stopover” used to be a dirty word in air travel. It meant you were, gasp ... connecting. Not so today, when people are purposely breaking up their flight plans. Icelandair and the now-defunct WOW Air ushered in the trend – and made Iceland a hot spot in the process – but many other airlines offer attractive airfares and great connections to help you squeeze the most out of your vacation time.

You could spend weeks getting lost in Istanbul, but there’s no shame in filling just a day or two with historic sites, street food and an endless supply of Turkish coffee. Start at the must-see Grand Bazaar, just be prepared for the temptation to load up on spices and Turkish delights. Next, head to Sultanahmet Square: Standing here, which used to be the centre of the Hippodrome and the Byzantine Empire, lets you grasp the significance this city holds. The Blue Mosque, currently under renovations until 2020 but is still open to the public, is best viewed from the second-floor windows of the nearby Hagia Sophia. If you have 48 hours, up the cool factor with an afternoon ambling the streets of the trendy Balat neighbourhood. Charming umbrella-lined alleys, colourful hidden murals, locals enjoying coffee on patios, and glass bead-making classes are all gems to discover. Fuel your 24 to 48 hours on Turkish meatballs (kofte), Turkish bagels (simit) and, of course, Turkish coffee.

Stay: With Turkish Airlines’ stopover program, economy passengers receive one free night at a four-star hotel in Sultanahmet, while business-class passengers get two free nights at a five-star in the Taksim neighbourhood with a 20-plus hour layover.

If you’re heading to Australia, you may as well make the most of being halfway around the world. Enter a stopover in Auckland with Air New Zealand’s program. Tag on three days to enjoy the city with a walking tour, visiting the Sky Tower (and bungee jump off it, if you dare) and the Auckland War Memorial Museum while also exploring the downtown streets. Brunch is a necessity in Auckland (they love avocado toast as much as the Aussies) and Winona Forever in Parnell and Chuffed on High Street could not get more Instagrammable. Use your other two days outside the city limits with a ferry ride to Rangitoto Island or Waiheke Island. Be sure to dig your toes into the sand at Mission Bay and make the trek to the top of Mount Eden, a dormant volcano, to complete your short list of must-dos.

Spend: Three to four days, unless you can invest a week in New Zealand.

Stay: The SO/ Auckland is a playful, modern hotel that recently opened. A more budget-conscious option is the M Social Auckland.

Forty-eight hours in Vienna gives you a hefty dose of European beauty and elegance. Take in a symphony at one of the city’s gorgeous concert halls. Visit the Hofburg and Belvedere palaces to brush up on baroque architecture. Fight jet lag with Viennese coffee at traditional cafes, ordering your java a different way each time. Cruise the Danube river at sunset. Stop by the Museums Quartier complex of museums and art galleries for a culture fix. Sample one of the most famous cakes in the world, the Sacher torte, at the Sacher Hotel. Walk through the vineyards located within the city limits. Phew. Bonus: This stopover experience is made easy without a pre-arranged tour thanks to Vienna’s tram system – it’s only €8 to €14 for a one- or two-day pass and will get you to any major point in the city.

Spend: 48 hours. There isn’t a specific airline stopover for flights from Canada, but Vienna is a hub for numerous Europe and Asia flights. It’s also a train ride away from Budapest, Bratislava and Prague.

Stay: The newly opened Andaz Vienna Am Belvedere is centrally located, making it easy to jump from place to place.

Switzerland is a country full of breathtaking vistas, delicious cheeses and outstanding chocolate. It can, however, be daunting for people looking to be budget friendly on their European vacation, making it the ideal stopover. Choose to transit through Zurich and you’ll have a number of options. For an urban experience you can stay in the city and venture over to Lucerne for a few days, taking in old centres, historical sights and museums. Or explore the countryside for which Switzerland is known with a walk in the picturesque Interlaken region or a train ride to the mountains.

En route to: Almost any European city and Asia.

The Stopover: The Azores

Pack a wide-brimmed sun hat for some island time. Lisbon and Porto have been hogging the limelight (it must be all that wine and those scene-stealing custard tarts), but the cluster of nine islands off the coast of Portugal has everything you could ask for. Need chill-out vibes after a city vacation? Small towns such as Sao Miguel and Terceira will help you slow down and also offer hiking and birdwatching opportunities. Craving some water action after being inland? Caving, whale watching and surfing are all possible. And really, is a trip to Portugal truly complete now if you don’t stop in the Azores? We think not.

Spend: Three to seven days. SATA or Azores Airlines offers one- to seven-night packages on either flight and you can even split the time.

Stay: Splurge on the White Exclusive Suites & Villas in Sao Miguel, or save by booking an Airbnb with charm.

One of the busiest hubs in North America, Houston is often a gateway for Canadians heading further south. But outside the airport is a multicultural city recently named the most diverse in America. Consider a visit to the Space Center, especially if you’re on a family vacation. The Arts District shows off the up-and-coming arts scene with galleries such as the Silos, a collection of 97 work spaces for 100 artists, and the Alley Mural Project, both located in Sawyer Yards. One must do in Houston is visiting a barbecue joint, whether it’s Triple J’s Smokehouse BBQ or Roegels Barbecue Co. If you spend your entire 24 to 48 hours eating in Houston, we won’t judge.

Spend: 24 to 48 hours. There may not be a specific airline stopover plan here, but Houston is easy to navigate on your own with a little planning.

Stay: Downtown Hotel Alessandra is buzz-worthy, but if you’re doing a short visit an airport area hotel will also fit the bill. 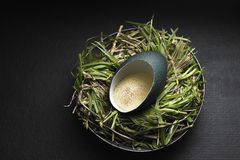 Five cocktails from some of the world’s most exciting culinary destinations
May 31, 2018 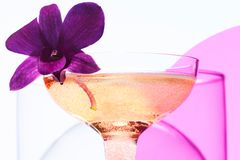