If cruising was the tourism sector hit hardest by COVID, it may be surprising to learn that small-ship and expedition-style cruises are leading the way back. But according to Samuel Spencer, owner of Calgary-based Ocean and River Cruises Travel and a cruise expert with the Virtuoso network of travel agencies, that’s exactly what’s happening, with bookings up by 15 to 20 per cent for next year.

“It’s driven by folks wanting more of a return on investment, to connect with local life and have the ability to do things like swim and snorkel from the back of a ship,” he says.

Victoria-based Maple Leaf Adventures is seeing that renewed interest from travellers firsthand. “Bookings for 2022 are much earlier and coming at a faster rate than any other year,” co-owner Maureen Gordon says. “Demand is growing as a result of people focusing on nature tourism, wildlife tourism, sustainable tourism.”

To meet that demand, companies need small ships that can dock at private ports or anchor in remote inlets, where guests depart the ship in an inflatable Zodiac boat and disembark on shore or in shallow water, in what is known as a “wet landing.”

“Size is especially important if you want to visit remote expedition destinations,” says Marlynda Elstgeest, chief executive officer and co-founder of Waterproof Cruises and Expeditions, which specializes in trips to the polar regions. Only 100 people can go ashore at a time in the Arctic and Antarctica, she says, “and vessels with more than 500 people aren’t even allowed to make landings anywhere.”

By the end of this year, no fewer than 18 new expedition-style cruise ships will have launched since COVID-19 brought the industry to a halt in early 2020. That includes three new vessels by Ponant, the French luxury cruise operator whose fleet is made up exclusively of small ships; and the first purpose-built expedition ship for Crystal Cruises. In 2022, Viking will enter the expedition cruise market with two new ships operating in the polar regions and the Great Lakes.

On an island-hopping tour of the St. Lawrence River, see wildlife, fossils and more

For most cruise companies in Canada, the season is now well under way, with COVID protocols in place. Maple Leaf Adventures, which owns three very small ships – including Swell, an 88-foot converted tugboat that has capacity for just 12 guests and a crew of five – was one of the first cruise companies to get back on the water, with itineraries in British Columbia and Alaska.

In Toronto, St. Lawrence Cruise Lines owner Jason Clark says the industrywide requirement for at least one vaccine and a negative rapid antigen test within 72 hours of guests boarding isn’t deterring travellers. “They definitely want to cruise, no question,” he says.

In September, the National Geographic Explorer is offering two nine-day cruises in Atlantic Canada. With a stop at the French island of Saint-Pierre, just off the coast of Newfoundland, guests might even feel like they’re travelling internationally again.

Aside from the limited number of passengers, part of the appeal of expedition cruising is that no one suffers for lack of comfort, as ships now boast cutting-edge technology and amenities – some are even equipped with submarines and helicopter pads. Next March, Maple Leaf Adventures will offer yacht-based heli-skiing from its newest ship, Cascadia.

Typically, travellers can expect to pay more on a small ship because of the low guest-to-staff ratio, spacious layouts, all-inclusive pricing and the absence of revenue-generating casinos and shops. But less expensive options do exist. Spencer has found some “pretty phenomenal” pricing with small-ship luxury liner Seabourn, citing a one-week cruise in the Caribbean this season – including airfare from Canada and all meals and drinks – for $2,500 a person.

One notable absence in Canadian waters this year is Adventure Canada, a forerunner of expedition cruising. As Transport Canada’s current COVID-19 measures still ban cruise ships carrying more than 100 people, Adventure Canada can’t operate its 198-passenger Ocean Endeavour, the ship it uses for a range of cruises in the Arctic and Atlantic Canada.

But CEO Cedar Swan is upbeat about her company’s future and the cruise industry as a whole. “One thing the pandemic has done is create space for dialogue about what tourism should look like in the future,” she says.

“Many travel companies – cruise, hotel, tour operators – are researching, investing or doubling down in regenerative practices. I believe that is the way forward for the tourism industry.” 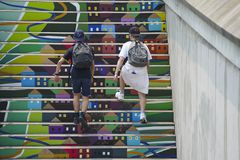 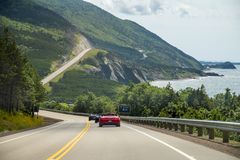 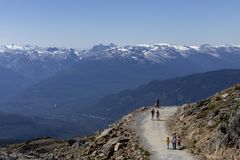