I recently suffered a low-level anxiety attack while rewatching Cold Stones, the Sopranos episode in which Carmela visits Paris after winning vouchers at a church auction. Simply: she packed way, way too much. Suitcases and steamer trunks stuffed with wardrobe changes, all for a week away in the City of Lights.

“That’s too much luggage,” I said, aloud, to the TV, my mind reeling. More than The Sopranos’s many brutal murders, I simply could not abide the image. Because unlike the fictional character Carmela Soprano, I have, of late, made a vow of travel minimalism. I plan to never check a bag again. On an early August, week-long summer jaunt to Iceland with some friends, facing down discount-flyer WOW Air’s wonky baggage restrictions, I brought only a Mountain Equipment Co-op backpack. The feeling of not having to check a bag (and not having to pay for a checked bag) was downright emancipatory.

I zoomed through check-in and security, and was freed from the usual preboarding clamour, confident that, worst-case scenario, my stuff could be stored safely under the seat in front me; no need to elbow down the airplane aisle jockeying for premium overhead compartment space. There’s also the rush of landing, disembarking and getting to your destination, without mulling around a luggage carousel like a yutz.

I felt as if my mind had been cracked open a bit, as if there was a way to completely unburden myself of the most annoying part of travelling, i.e. having to lug heavy bags around.

Turns out, this minimalist approach to travel has its own fanatical subculture. On blogs and YouTube channels and subreddits (see: r/onebag), minimalist travellers review knapsacks for their carrying capacity and ingenuity, post videos on how to pack efficiently, and instruct readers on how to nail the ideal “army roll”—a T-shirt packing technique designed to save space. Manufacturers and designers play directly to this market, constantly improving upon the hyper-efficiency of single-bag-travel-style luggage. Compared with imposing, heavy-duty bags by speciality designers like GoRuck and Tortuga, my Patagonia MLC (for “maximum legal carry-on”) bag feels downright bush-league. Immersing oneself in this space rouses a kind of mania. Soon, merely having an all-in-one bag that meets carry-on requirements is not enough. It must be the best bag, the absolutely most efficient. The traveller is rebuilt as a lean, coldly methodical travelling machine.

Tom Wahlin, founder of the travel website PackHacker, is all too familiar with this mania. In May, 2015, Wahlin sold off the bulk of his belongings, and packed the rest in a 40-litre backpack. He hit the road, permanently, working remotely as a digital designer and relocating to a different country every few weeks. “I did a ton of research on what to pack,” says Wahlin, “and found joy in minimizing everything in my life down to the smallest and lightest form possible.”

British textile designer William Morris had a golden rule for living a life unencumbered: Have nothing in your houses that you do not know to be useful, or believe to be beautiful. Change “in your houses” to “on your backside,” and strike the bit about beauty, and you’ve got a workable motto for the minimalist traveller. “If something isn’t getting utilized, it’s easy to justify cutting it,” Wahlin says. “It declutters your life.”

This borderline-tyrannical approach to orderliness applies to what’s in the bag, too. On the above-mentioned expedition north of the 66th parallel, I also became intimately acquainted with the myriad benefits of merino wool. Lightweight, extremely breathable and (most importantly, at least for someone who sweats a lot and spills food almost as a matter of course) practically stink-resistant.

Yes, a merino sweater or T-shirt can be worn for days without washing. This standard, too, is subjected to rigorous, downright maniacal improvement. Unbound Merino, a crowd-funded Canadian company offering high-quality merino shirts, hoodies, socks and underwear, maintains that their clothes can be worn pretty much indefinitely. Unbound co-founder Dan Demsky claims he once wore the same T-shirt for 46 days straight. “That was when I felt I wanted to wash it,” says Demsky. “It didn’t smell at all. I just felt it was time.”

Demsky got the idea for Unbound while travelling with his wife on the Greek island of Hydra. Burdened with multiple bags, and a steep ascent up a rocky path to a hotel, Demsky had one of those “there’s got to a better way!” moments so common in late-night infomercials. “We could have paid a man to haul our bags up the hill on the back of his donkey but decided to tough it out,” Demsky remembers. “It wasn’t the most massive climb, but I was sweating bullets by the end in the summer heat. And I decided then and there that no matter what, we needed to find a way to travel with only carry-on luggage from there on out, beginning on our next trip abroad.”

Like many aspects of minimal, one-bag travel culture, Unbound attempts to elevate the experience. Travelling with a single bag isn’t just for perspiring twentysomethings stinking up European backpackers' hostels. Unlike other “technical” travel-wear festooned with branding and superfluous zippers, Unbound strikes toward a basic, aesthetic minimalism. “A lot of our customers use our shirts in their everyday lives to add simplicity and to alleviate themselves of having to choose different clothing to wear every day,” says Demsky. “Think Steve Jobs or Mark Zuckerberg.”

But this drive toward simplicity, efficiency and a zen-like decluttering of the mind only partially accounts for the appeal of one-bag travel. I, for example, fell into compulsively searching out information about this stuff precisely because it was preoccupying, even a bit mind-cluttering. Researching the relative carrying capacities of different bags, or the fortitude of one-or-another brand of merino wool underwear, became a hobby in itself. I grabbed hold of the mania, as I spent hours watching YouTube videos of a shaggy Oregonian dude reviewing backpacks in granular detail, and researching the absolute best daypack that doubled as a packing cube.

I’ll hazard that anyone who loves travel also loves planning to travel: scouring TripAdvisor reviews of hotels, devising itineraries, petitioning friends and crowd-sourcing acquaintances for bar and restaurant recommendations. Fussing over minimalist travel — or the single-bag “lifestyle” — turns this planning into a year-round affair. While waiting to confirm time off work and saving for trips, I can micro-plan my luggage, my storage solutions, my all-merino outfits, my foldable travel toothbrushes. It’s not about minimalism, but maximalism: about extending that slightly intoxicating feeling of planning for a trip into everyday life.

Yet this approach to travelling light has its own leavening, low-key philosophical benefits. It’s about obsessing in the service of future relaxation, of madly planning (and packing) in order to better enjoy that addicting sense of freedom that travel affords. It’s about embracing the mania now, comforted by the promise that it will recede later. 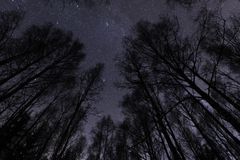 With staggering numbers of travellers worldwide, what can we do about overtourism?
Subscriber content
November 20, 2018 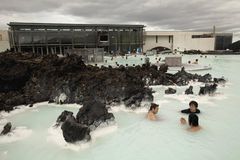 How to avoid the pitfalls of a family getaway at the holidays
Subscriber content
November 27, 2018 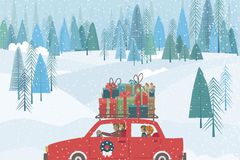