The weather on the slopes I’d skied in North America had been particularly stormy last season. Blowing winds, stormy skies and chairlift closures were wearing thin. As I navigated yet another gloomy run, I remembered something an instructor had said in better weather, as we skidded to a stop at a gloriously scenic ridgeline: “This is why we ski!"

I had been skiing, but I wasn’t seeing much of anything and felt in need of a restorative mountain vista or two.

Switzerland seemed to offer a cure. There, I discovered, I would be able to ride the train between resorts (no more white-knuckle mountain driving!). The Glacier Express would take me from Zermatt to Andermatt and the sun-drenched slopes of the St. Moritz area. A new culture, new foods and new slopes – that’s always a good reason to travel. Taking the train between the ski resorts meant seeing more of the country and its people, too.

Arriving by train is the only way in: Zermatt is car free. To reach its 1,620 metre elevation, the train locks into a cog-wheel track and climbs slowly and noisily past wildly scenic rocky gorges, tenacious cliffside wineries and tiny Catholic shrines. Abandoned alpine huts, with their stone slab roofs and darkened larchwood walls, are picturesque reminders that agriculture used to play a huge part in these mountain areas. The Matterhorn, all 4,478 metres, looms over the town and the tracks like a watchful mother cocking her head. It stands dark and apart from all other surrounding peaks.

Ski: Zermatt has the highest slopes in Switzerland. A new lift to the Glacier Paradise area has Swarkovski-covered cabins – as if the ascent over glacial crevasses wasn’t dazzling enough – to reach the 3,883-metre summit (so high, skiing is open year-round). This 360-kilometre ski area is right on the Italian border, so you can spend all morning on the runs and drop down into Italy for lunch. Beyond the sparkly gondolas and ordinary chairlifts is the cog-wheel Gornergrat railway, which takes skiers up another mountain and right past the historic Hotel Riffleberg, where I hop off for lunch. Built in 1855, it has long welcomed skiers and mountaineers to dine and soak in its incredible view of the Matterhorn’s east side.

I order a bubbling fondue seasoned with mountain herbs and a plate of thinly sliced dried beef, sausage and more local cheese to give us the energy to keep skiing. One of my favourite spots in these mountains is one ridge over: the nearly 360-degree panorama of snowy spires atop the Rothorn peak (at least 38 of them are 4,000-metres high). The mostly intermediate runs here are fun – and a couple let you keep the Matterhorn in your selfies all the way down.

Sleep: Waking up to a sun-warmed Matterhorn is a must in this town and I ticked that off my list from the balcony of our room at the recently renovated Park Hotel Beau Site. (Here, even the indoor spa offers the iconic view.) The hotel is close to Zermatt’s old town as well – a tiny strip of traditional Valais log-and-stone buildings, some more than 300 years old. On the way you’ll pass Harry’s Ski Bar on the edge of the old town, but there’s nothing ancient about the Aperol-spritzing crowd that spills onto the street when the lifts close. (parkhotel-beausite.ch, rooms from 250 Swiss francs ($339) in ski season, includes breakfast.)

The nearly three-hour train ride through the Alps to Andermatt is superlatively scenic and it gives us an un-touristy backyard view of Swiss life in each town we roll through, plus there’s lots of time to chat up fellow travellers, often Swiss tourists exploring their own country.

Ski: At 1,444 metres elevation, Andermatt is surrounded by six alpine passes. Centuries ago, it was a major crossroads for commerce. Not anymore: Rail and road tunnels were built to bypass this mountain enclave and military town and business moved elsewhere. For years, it was in a downward spiral. Few visitors detoured off the main routes and some guidebooks don’t even include it. That’s changed recently. New investment from Egyptian-Montenegrin billionaire Samih Sawiris, who fell in love with the area, has turned its fortunes around. Locals don’t need to leave the mountains to find work and new life (and tourism) is coming back. The area has long been famous for its free-ski (backcountry) terrain, and now more lifts and gondolas have been built to connect surrounding resorts, making the Andermatt-Sedrun Ski Arena so much larger. You can spend the day skiing above the treeline, or ski through the Oberlapp pass to Sedrun and other villages you just passed on the train. Hiring a guide is helpful to navigate the enormous terrain and point out the sights, such as the gun turrets slightly hidden in the hillsides. If you can, turn in the skis a bit early to rent a sled and fly down the five-kilometre long run. I haven’t laughed so much in years.

Sleep: Andermatt Radisson Blu is the four-star hotel and residence that anchors a multimillion dollar development of condos, shops and a newly opened concert hall across the train tracks from the old town. The modern and cozy property has amazing views of the mountains and (in summer) an 18-hole alpine golf course. The pool and hot tubs have mountain views (just remember the sauna is nude only). The hotel is an easy eight-minute walk from the station with rolling luggage. (radissonhotels.com, rooms from 290 Swiss francs in ski season, includes breakfast).

From Andermatt it’s another pretty five hours – past the Rhine Gorge, up through spiraling tracks and tunnels and the forests of Filisur – to reach St. Moritz, the end of the line for the Glacier Express. Later, I’d come back to to people-watch and window-shop in this centre for the obscenely rich; my hotel was in nearby Pontresina.

Ski: Cross-country skiing is king in the Upper Engadin valley – more than 13,000 people turn up for its annual Skimarathon. So it felt only right to try a little langlauf (as the locals say). It was a relief to carry the featherweight cross-country skis, but it was a challenge relearning how to balance on super-skinny sticks. Daniel, my guide, graciously pointed out my mistakes and slowed his pace as we glided up a seven-kilometre incline along the Roseg Valley trail. It was an unforgettable bluebird day. Elderly Swiss swished past speedily, nodding in sympathy at Daniel as I kept slowing down to stare in awe at the Bernina Alps and scan the hills for chamois, the goat-antelope that feeds in the high alpine. When the tight valley opened wide onto a frozen lake, I let out a gasp, the view was so bewitching. We broke for lunch once I spotted a properly Swiss-looking establishment with skis stacked outside. At Roseg Gletscher restaurant, I ordered the raclette and guzzled litres of water to restore what I’d just lost in sweat. Daniel wondered whether I’d rather take the horse-pulled sleigh back into Pontresina but I was glad I didn’t – the ski back was all downhill.

Sleep: Pontresina is a charming village with tiny streets just six kilometres from its more famous neighbour (there’s a forest walk path when you’re ready to explore St. Moritz). When I checked into the 172-year-old Grand Hotel Kronenhof, the old-fashioned room key – attached to a Wes Anderson-worthy silky blue tassel – was the first clue this palace was like no other place I’d stayed. Meals are formal and fantastic, and the people watching is second to none. My visit to this 112-room retreat coincided with the manager’s weekly cocktail hour, which let me sip complimentary bubbly under frescoed ceilings amongst monied guests dripping in jewels. The hotel’s enormous, light-filled spa includes multiple nude saunas, a lap pool, a water-massage circuit and a moody soaking grotto. (kronenhof.com, rooms from 540 Swiss francs, includes a breakfast and dinner in the palatial, gloriously formal dining room.)

A Swiss Rail Pass lets you get on and off any train at your pleasure. You can get started right at the international airports in Zurich and Geneva. Riding the Glacier Express between Zermatt and St. Moritz requires a seat reservation, but other regional trains cover the same track.

Make sure to download the free SBB app, which is incredibly useful to map out train routes and times. If you miss a connection, there’s always another way and another train you can catch.

The writer was a guest of Switzerland Tourism. It did not review or approve the story.

Editor’s note: An earlier version of this story said the Grand Hotel Kronenhof is 120 years old. It is in fact a 172-year-old hotel. 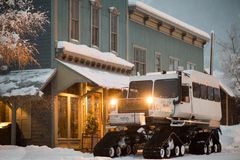 Hit the slopes for less: Discounted lift passes, gear are available if you plan ahead
January 7, 2020 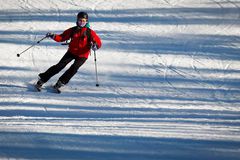 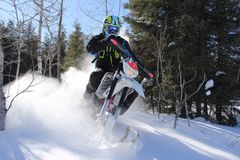