“It’s for sale, if you want it,” shouts a man from across the street, the only person we’ve seen in at least an hour. He’s wearing knee-length green cargo shorts and nothing else, fumbling with the lock on what looks to have once been an antiques shop.

“What’s for sale?” I shout back, not needing to check for traffic as I cross the street toward him. There is no traffic.

“Everything! What do you want? I’ve got three stores here, a restaurant, anything. That,” he says, gesturing to the second floor above the closed restaurant, “has 16-foot ceilings – it used to be a dance hall.”

His loud voice echoes in the deserted main street. Looking around at the dozen tidy storefronts – half shuttered, the other half with for lease or for sale signs – the strongest urge I feel is to leave town, like everyone else. I do not buy any part of Brussels, Ont.

Brussels must have had charm once. It wears the moniker of “Ontario’s Prettiest Village” with the worn elegance of movie star just past their prime. The main street typifies a turn-of-the-previous-century Ontario town, all conjoined brick buildings and a pretty bridge over a lazy river, a gas station-slash-restaurant, a liquor store, some grand heritage homes.

It’s not the only empty town that my friend and I discover in two days of driving Ontario’s European Capital Route, a completely non-official tour of towns and villages named for great European cities. Ontario is scattered with these namesakes – such as New Edinburgh, which is a neighbourhood in Ottawa, and Cardiff and Warsaw, both in the vicinity of Kawartha Lakes – but Southwestern Ontario has a cluster of seven European capitals within an easy two-day drive (or a long one-day drive). We, a couple of recent divorcees with an abundance of free time and an arsenal of failed marriage jokes, half expect to find vibrant villages with cute restaurants and quirky shops – and half expect to find nothing at all, just signposts at a dusty crossroads. We find a bit of both, but mostly discover a region in the late stages of a terminal illness.

Our trip begins in the biggest of the European cities of Ontario, London, a functioning city with good cafés and bars, so gentrified as to have a vegan fast food restaurant. It’s not what we’re looking for, though it is undeniably flourishing.

We head north from London to Dublin, stopping for a quick beer and cider tasting at Bad Apple Brewing in Zurich, a small brewery set in a lovely apple orchard, with a tasting flight for only $6 and some homemade apple fritters for fuel. Dublin is little more than a crossroads, historically home to a saltworks and renamed from Carronbrook in 1878 to Dublin by the saltworks’ owner, Joseph Kidd, after his birthplace. It has a rail line passing through, a general store and two furniture stores – everything closed on a Saturday afternoon.

Lisbon offers even less than that, with a couple of farms and blue signs marking the place. After a few hours on the road, a sense of nagging gloom is setting in, as though we are visitors arriving too late at the party and everyone has already gone home. So, like any other thirtysomethings gripped with ennui and hoping for a jolt of culture, we head to Paris.

Paris is another superlative, more tourist hyperbole: It was voted the Prettiest Town in Ontario (distinct from Brussels, the prettiest village). From the train, passing by on the high rail bridge on my way to London, Paris does seem pretty. It sits at the convergence of the rivers Nith and Grand, the main street backing onto a small cliff looking down on the water. But on the ground, its small downtown core is like any other small town in the province. It has overpriced restaurants with the charm of a suburban Kelseys, and too many tourists queuing for those few restaurants, face masks akimbo. The other stores are all closed. We leave almost as soon as we raid the local LCBO and head for our Airbnb.

Outside of Paris, we encounter more ghosts of Europe: tiny Luxemburg, cute New Hamburg, and so on and so on, but we fail to shake the sense that small town Ontario is in rapid decline. This isn’t just the Age of COVID; this depression runs deeper, a consequence of the slow march toward the way things are now, and these old farming, traditional manufacturing or natural resource communities close enough to Toronto and Kitchener (formerly Berlin!)-Waterloo to become commuter towns. To drive these country roads is to trace your finger over the long history of European immigration to our fertile south, but also to witness the decline of rural life in Canada.

We sleep in a gorgeously renovated church near Vienna, the ghostliest of the ghost towns, a non-place clinging to its tenuous link to Thomas Edison (whose grandfather lived here). Like Brussels, every business on its main street appears to be for sale. A sign announcing “History on display!” is accidentally apt: This is Canada in microcosm. We tamed the wilderness, flourished, then moved to bigger cities.

Our trip ends in Copenhagen, which like its namesake is tidy, organized and relatively prosperous. It has an open business – the Wood Connection General Store – which gives it a sense of metropolis and wealth. There are no for sale or for lease signs. We find instead the charming and bizarre Rush Creek Wines, which makes only fruit wines and has an antique toy collection on display. It feels like the kind of place people live, take chances and have fun, and is a perfect end to a strange, experimental journey.

The journey, however sombre in the dead and dying villages, was well worth the time. This part of Ontario is beautiful when in bloom, lush acres of corn, soy and tobacco providing the perfect backdrop for long, lazy drives through sunny farmland with a good friend. This is what summer should be: giggling and gawking, exploring and questioning, and finding Ontario’s history on display, however faded. 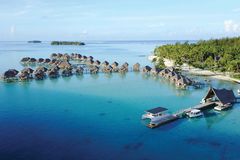 Staycation incentives are encouraging locals to visit like tourists
November 12, 2020 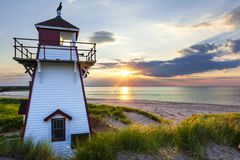 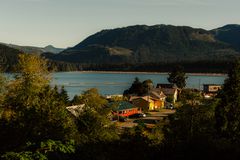