If you want to learn about English wine, hike to the top of Chanctonbury Hill. Follow its clay footpath speckled with chalk, at times worn deep into its surroundings, and you will arrive at a summit crowned by Bronze-Aged barrows, an Iron Age hill fort and the remains of Roman temples.

Occultist Aleister Crowley considered this collection of ancient monuments in West Sussex to be a place of power. While the site is impressive, for wine enthusiasts, especially those of sparkling wine, it is ideal for a geology lesson in the terroir of the English Downs.

From the top of Chanctonbury you can see across the South Downs. It, along with the North Downs in nearby Kent, is part of a chalk formation that extends just below the surface throughout parts of southern England. You can glimpse it along the coast, at places such as the Seven Sisters – a series of dramatic white cliffs – before the formation is cut off by the English Channel. Undeterred, the formation continues under the dark waters to re-emerge in France and its fabled grape-growing region, Champagne.

The porous chalk holds water, but also allows it to drain away. And, as I learn on a recent trip to southern England, is part of the reason why the north side of the channel is a producing some wonderful sparkling wines.

“We could be seen as the new kids on the block with some flash, fizz,” said Justin Lay, who (along with this wife, Nicola) operates English Wine Tasting Tours. “For such a small wine region, we really do punch above our weight.”

The Lays’ London-based tour company offers guided day trips to wineries in southern England. Leaving from near the London Bridge, the minibus winds its way through the city’s web of streets to tour vineyards and taste some of the best vintages in Kent, Sussex, Hampshire and Surrey.

Lay uses the hour it takes to drive out of the London to chronicle the history of English wine and point out the similarities between the terroirs on both sides of the channel. While the Romans brought viticulturists with them following their invasion in the year 43, grape growing fell off and did not pick up again until after the Second World War, when farmers ripped out their fruit orchards to grow Germanic grapes.

“Our climate started to change in the 1990s when global warming was taking hold of our small country,” Lay said. “The vineyards realized they could grow the noble varieties of grapes and started grubbing up their Reichensteiner, Muller-Thurgau or Huxelrebe and swapping them for chardonnay, pinot noir and pinot meunier.”

Called the “Nyetimber Effect,” after the first vineyard to make the switch, Lay said it not only resulted in a switch to sparkling wines, which now make up 70 per cent of bottles produced in England, but also a boom in tasting rooms, vineyard tours and onsite restaurants and hotels.

“Our temperature in England today is the same as Champagne’s temperature nearly 30 years ago,” Lay said. “What sets us apart from our French counterparts is that we have much more freedom to explore new ways and methods to make our wines.”

To learn more about southern England’s growing wine industry, here is an introductory guide to four regions – all a day’s outing from London – where you can tour vineyards and sip some sparkles.

Few foods match more elegantly than oysters and champagne – or, in England’s case, sparkles. When it comes to oysters, Whitstable, a seaside community in Kent along the Thames estuary, is England’s pearl. This picturesque town, with a High Street once ambled by actor Peter Cushing and novelist W. Somerset Maugham, and shops that still close on Wednesday afternoons, is home to an annual festival in honour of the mollusk at the end of July.

Visitors should lunch at the Whitstable Oyster Company, located on the town’s shingle beach. From September to April the restaurant serves oysters native to the region, while all-year the staff shucks Pacific Rocks cultivated in the water a few metres from the beach. The native species has a mineral taste compared to the sweet and salty flavour of the non-native.

Both oysters pair well with a glass of Three Graces, a blended sparkling wine from Chapel Down vineyard in nearby Tenterden. Visitors are welcome to stroll through its grounds or take a guided tour of the estate, which is known for producing sparkling and still white wines and rosés. Its English Rose, a rosé made from pinot noir, regent, pinot meunier and rondo possesses red currant and citrus notes and was served at Prince William and Kate Middleton’s wedding reception.

England’s oldest commercial vineyard, Hambledon – named after its neighbouring village – was founded by Major-General Sir Guy Salisbury-Jones in 1951. The suggestion he plant grapes came from his stepson, John, while a friend, Sir Winston Churchill, convinced representatives of the French Champagne house Pol Roger (Churchill’s favourite) to offer advice on which varieties to plant and where.

Hambledon produced award-winning wine from its Germanic grapes, but, starting in 2005, with the climate in southern England warming, turned to chardonnay, pinot noir and pinot meunier to produce sparkling wines. In 2015, its Classic Cuvée outperformed Pol Roger’s Brut Réserve at a blind tasting. Currently producing 100,000 bottles a year from the 60 acres under cultivation – which visitors can tour – the vineyard has an additional 140 acres of vines maturing and hopes to expand its production to 500,000 bottles. A new tasting room and visitor centre is expected to open in May, 2020.

Cricket fans will want to take note of the winery’s logo, which features a wicket with two stumps. Hambledon is considered the Cradle of Cricket, with many of the rules of the game, including the wicket’s third stump, being introduced at the local club. Visit the stone monument marking the site’s importance to the game at Broadhalfpenny Down, the former home of the cricket club, before popping into the nearby Bat & Ball Inn for lunch or dinner.

With a cellar well-stocked in English vintages, the Spread Eagle in Midhurst offers not only an opportunity to sample area wine, but also discover 600 years of history. The oldest part of the 39-room hotel dates to 1430, with a portion of its original wattle and daub exterior still preserved. Originally an inn, it has played host to Queen Elizabeth I, Horatio Nelson and Edward VII. Among its infamous guests were the Third Reich’s Hermann Goering and Joachim Von Ribbentrop, who visited before the start of the Second World War.

Sip on a glass of Ridgeview Cavendish Brut, a sparkling white with notes of berries and almond made in East Sussex, while admiring the Eagle’s Jacobean Hall, Flemish windows and the Christmas puddings hanging above the fireplace, some for decades, waiting for their owners to claim them.

Ridgeview is one of more than 60 wineries in Sussex, with many offering tours and tastings year round, seasonally or by reservation. Started in 1972, Bolney Wine Estate is a family-owned winery that has won awards for its sparkling and still wines – its medium-bodied pinot gris has even been served at Wimbledon.

Located near the English market town of Dorking, Denbies Wine Estate is an extensive vineyard where visitors are toured around the property on a series of wagons pulled by a motorized vehicle. The Outdoor Vineyard Train Tour snakes its way up the side of a hill which is part of the North Downs, its slopes lined with vines.

Roughly one-third of the estate’s 627 acres is woodlands, making it a popular biking and hiking area for locals and visitors. The hill, located behind the winery’s main building, was once the estate of Thomas Cubitt, who built the east front of Buckingham Palace. His palatial country house towered over the landscape until it was destroyed by fire in the 1980s.

The tour stops near the building’s former location so visitors can sip Denbies’s award winning Sparkling Cuvée from a plastic flute while learning about Cubitt, his house and his famous ancestors – he is the great-great-great-grandfather of Camilla, Duchess of Cornwall.

Back at the main building, the Gallery Restaurant, located at the top of its central tower, serves seasonal fare, with a second dining option, the Vineyard Restaurant, and a hotel, Denbies Vineyard Hotel Orangery, opening this year.

The writer travelled as a guest of Visit Britain. It did not review or approve this article. 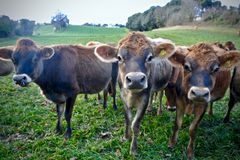 Trails and ales: A tour of some of Britain’s coziest post-hike pubs Subscriber content 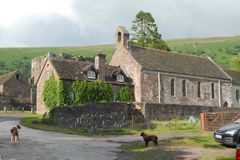 Mastered hygge? Get festive with the Dutch concept of gezellig Subscriber content 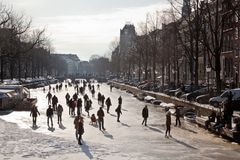