The average individual income-tax refund this year is $1,610, according to the Canadian Revenue Agency. On one hand, you could please your financial adviser and put that money into RRSPs or a TFSA, or use it to pay down debt. On the other, you could say, “The heck with it!” and spend it on a much-needed vacation. Consider it self-care. Just don’t try to write it off as a medical expense, okay?

If you’re still leaning toward the responsible route, let us be the devil on your shoulder by showing you just how far $1,600 can take you.

Get your Thrones on in Iceland

The collapse of WOW Air shouldn’t stop Game of Thrones fans from exploring the defunct budget carrier’s Icelandic home during the eighth and final season of HBO’s fantasy TV series. The “Thrones effect” has been credited for nearly doubling annual visits to Iceland between 2011 and 2015, when more than a million travellers explored the stunningly rugged North Atlantic isle. These days, tour operators guide guests to Thrones filming locations ranging from the Svínafellsjökull glacier, which features prominently in scenes beyond the Wall, to Thingvellir National Park, where Brienne and the Hound do bloody battle. With direct round-trip Icelandair flights starting at around $700 from Toronto, there will be plenty left over for a $140 Game of Thrones bus tour with Grey Line, three nights at the elegant new Reykjavik Residence Hotel, and several servings of kæstur hákarl (fermented shark, Iceland’s national dish).

If spring’s fickle weather has you craving some consistent sunshine – and maybe a bottomless pina colada – Club Med’s “Spring into Summer Sale” is slashing rates on May departures to its newly revamped and enlarged Cancun Yucatan resort. Five-day, all-inclusive visits to the four-trident property start at around $1,370 a person out of Toronto and $1,385 out of Montreal, which is close to half-price.

Alpine views, and snoozes, with Via Rail

Admiring the Rocky Mountains from the comfort of one of Via Rail’s glass-domed Skyline cars is a classic Canadian experience, and until May 17, overnight Sleeper Plus fares from Edmonton to Vancouver, including meals, start at a deeply discounted $500 a person. Sleeper Plus guests also have access to the Prestige Park car, which offers complimentary bar service and snacks, activities such as wine tastings, and interactive talks on local history, geography and culture.

Put the $379 you didn’t spend on Maple Leafs or Raptors playoff tickets to luxurious use by booking a 30-per-cent-discounted “Gold Escape” long weekend at the Fairmont Royal York. Downtown Toronto’s original grande dame is an eight-minute walk from Maple Leaf Square (a.k.a Jurassic Park), where fans gather to watch games on a massive screen outside Scotiabank Arena. Spending the night in one of 106 newly renovated Fairmont Gold rooms and suites, meanwhile, can take the sting out of an unwanted result. Gold guests also have exclusive access to private check-in and a stylish 18th-floor lounge, where complimentary continental breakfasts, afternoon desserts and evening canapés are served. But save room for a lavish meal at Alo, Toronto’s only Relais & Châteaux restaurant, which just topped the Canada’s 100 Best Restaurants list for the third year in a row. Dinner starts at $135, and reservations are mandatory.

Browse the blooms in Brooklyn

New York in June has its own tune, but Brooklyn in spring can be just as enticing. For one thing, the Brooklyn Botanic Garden is home to one of North America’s most glorious collections of flowering cherry trees. From a “Japanese Hill-and-Pond Garden” to a “Cherry Esplanade,” 26 species bloom across five gardens through mid-May. For another, Porter Escapes’s New York weekend packages out of Montreal start at $665 a person (based on double occupancy), which include return flights and two nights at midtown Manhattan’s four-star Shelburne Hotel and Suites by Affinia. Spend the remaining cash on some designer togs at the new Hudson Yards complex after snapping pics of the stunning Vessel, a large-scale public art piece. 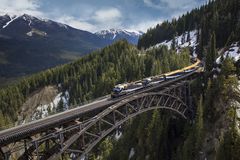 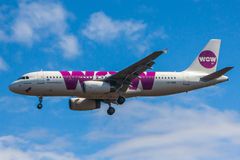 Nervous to get on a plane after the Max 8 crashes? How to get over your fear of flying
Subscriber content
March 26, 2019 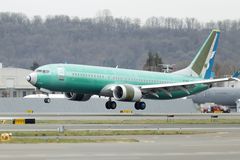