On a recent cruise around China, as most people were coming back on the ship for dinner, I was getting prepared to leave. Ready to go, I slipped on a pair of high heels and set off on an organized night tour of Shanghai with about 20 other passengers.

Our small ship, Windstar Cruises’ Star Legend, was docked a short stroll from the city’s waterfront area, the Bund. Earlier that day, I’d marvelled over the neighbourhood’s grand architecture while being lightly pushed by multiple tourists wielding selfie sticks. But now, the sun having set, the mood was different, and I was eager to explore.

Windstar isn’t the only cruise line offering programming at night. Cruising itineraries are increasingly adding night excursions – many culinary-related, whether to a Michelin-star trattoria in Venice or to a family-style restaurant in a hutong in Beijing – as they increase the number of overnight and late-night stays in port. More than 45 per cent of Windstar’s small-ship cruises now offer a departure of 10 p.m. or later or an overnight stay, and many sailings in 2018-19 will feature evening Destination Discovery Events, complementary onshore excursions that Windstar organizes once per sailing. A recent such event: a white-glove service dinner in an illuminated courtyard in Ephesus, Turkey, accompanied by the Aegean Chamber Orchestra.

Back in Shanghai and across the busy Huangpu River, Pudong’s skyscrapers displayed a neon rainbow of bright lights, with the iconic Oriental Pearl TV tower illuminated into a vivid purple structure. The daytime heat had given way to a crisp coolness and the earlier throngs were replaced with couples and small groups, many decked out in finery from Louboutin and Zegna, clearly ready for a night on the town.

We headed to glitzy M on the Bund, a grand dame of the city’s fine-dining scene. I gobbled up tender suckling pig and tart passion-fruit pavlova while being dazzled by both the interior and exterior views; a literary salon carried on in one corner of the restaurant and at least one patron dining nearby wore a fedora with a bright blue feather tucked in the band.

After dinner, we wandered down the street to the iconic art deco Peace Hotel, where we were entertained by a jazz singer wearing a beautiful blue-sequined cheongsam. The windowless, wood-panelled bar felt like a bunker and a throwback to the old Shanghai; it seemed like an international consensus could be falling apart just beyond the double doors and people would continue dancing and chugging their Burgundies.

The night was unmistakably touristy but fun. And even better, it gave me a glimpse of Shanghai after dark, when the glamour is turned up to 11.

Beyond cruise lines, tour operators, hotel chains and peer-to-peer services such as Airbnb now offer a rich variety of night tours. Whether strolling through Taipei’s after-dark markets or finding the optimal spot to admire the twinkling lights of the Eiffel Tower, travellers can enjoy a more authentic and complete experience when they explore a city at night.

Because such tours capture how places can change dramatically from day to night, they allow for a more rounded experience of a destination. “A city’s day side often involves people getting things done and going to work; at night, when people are out socializing, that’s when they can really come alive,” says Chris Castle, global sales manager for tour operator Urban Adventures. “It opens up a whole new avenue of experiences – whether that’s watching a Mexican wrestling match or doing a cooking class in a local’s home.”

And night tours are a particular draw for business travellers, who might not otherwise see much besides windowless conference rooms.

Here are a number of options that offer a fresh perspective on a place as the sun goes down.

A Night with the Gods, Crete

Spend an evening learning about constellations and planets and how the ancient Greeks used the stars for mythology, all while dining on slow-cooked traditional dishes. (urbanadventures.com; $200)

Hop in a van with your guide and spend the night pursuing the best spots to view the spectacular – but sometimes elusive – Aurora Borealis. (naturetoursyukon.com; $175)

Sunset Scents and Colours of Rome

This three-hour bike tour winds through tiny hidden streets with stops for coffee, gelato, pizza and Prosecco. According to host Giulia, “It’s hard to explain the magic of biking in the city center in the sunset, the colours, the scents, the shadows.” (airbnb.ca; $57)

This tour offers access to hard-to-get-into speakeasies to enjoy a craft cocktail crawl and chat about the historical origins – and inevitable defeat – of prohibition. (alexstours.com; US$65)

Taiwan’s capital is known for its night markets brimming with street food stalls, and this particular tour takes visitors to try locally beloved beef-brisket noodle soup, freshly made mocha on shaved ice and other delicacies. (taipeieats.com; US$50)

This event takes place on a tiny private island and includes a Tahitian feast (with local dishes such as breadfruit and poisson cru) followed by fire dancers with high-speed acrobatic moves and traditional songs. (windstarcruises.com; complimentary for passengers)

For travellers who like having the bejeezus scared out of them, this walking tour explores all things spooky, paranormal, creepy and legendary.” (london-ghost-tour.com; 10 GBP) 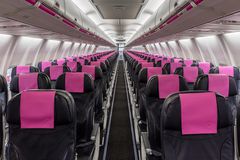 Two Ottawa-area hotels offer an escape to the country
July 5, 2018 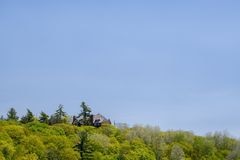 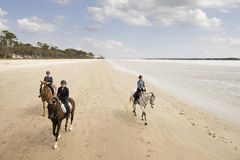