Any horror movie fan will tell you that the greatest chills are born from the most mundane moments – the notion that the sidewalk cracks of regular, everyday life could suddenly, unexpectedly split open, unleashing unfathomable terror. And so grows the tension in the first two episodes of the HBO miniseries Chernobyl, as the camera pans the sleeping city of Pripyat, Ukraine, in the early hours of April 26, 1986, minutes after an explosion at the nearby No. 4 nuclear reactor. The chills come from the gap between what we know and the residents of Pripyat have yet to learn: that the explosion, just two kilometres away, would go on to become the most disastrous nuclear plant accident in history; that every shot of an open window, of children roughhousing on outdoor basketball courts or people strolling Pripyat’s wide, leafy residential streets, portends the coming horror.

Cautionary TV shows like Chernobyl and When They See Us are tough to watch, but that’s why you should

When I visited the Chernobyl Exclusion Zone last fall, my most own unsettling moment also lay in the space between everyday normalcy and our exceptional surroundings. Minutes after crossing the checkpoint into the zone, my travel companion realized she’d forgotten to order a vegetarian meal for her flight back to the United States the next day. We had just pulled away from the first checkpoint – a stop 30 kilometres from the reactor where visitors (who must be accompanied by an authorized Chernobyl guide) have their permits and passports checked – and were driving over pockmarked asphalt towards the now-abandoned city, when Amanda pulled out her phone. She tried to make the request but, stymied by the language gap and spotty cellphone service, she asked if our guide Lena, sitting in the front seat, could speak to the agent in Ukrainian.

At first Lena demurred. But when we reached a huge concrete sculpture denoting the Pripyat city limits, she instructed the driver to pull over and Amanda passed her phone back up. There was too much radiation for the car to stop safely earlier, explained Lena, who had been focused on navigating; I realized the incessant beeping noise that had been coming from the front seat was her Geiger counter, a device that measures radiation. The machine continued to beep – only at a less urgent rate – for more than 10 minutes as Lena tried to order Amanda’s special meal. In the meantime, I sat in the middle seat listening to the video game-like beeps coming from Lena’s device and tried to swallow my dread.

Some 33 years after the disaster, and eight years after Ukraine opened the area to tours, the HBO series has sparked a flurry of interest in Chernobyl tourism. According to Reuters, tour bookings this summer are up 40 per cent – although with a total of 70,000 visitors last year, even such a lift won’t translate into crowds on the ground. And not all that attention may be wanted: After a number of influencer-style photos – including one of a woman stripping off a hazmat suit to reveal a thong – began appearing on Instagram, the show’s creator, Craig Mazin tweeted: “If you visit, please remember that a terrible tragedy occurred there. Comport yourselves with respect for all who suffered and sacrificed.”

But filming on the series had only recently wrapped when I visited last November (Vilnius, Lithuania, acts a stand-in for Pripyat on the show owing to its lookalike Soviet-era architecture), and Chernobyl was not yet back in the zeitgeist. My own interest was born of another TV horror series, The Walking Dead, which sparked a fascination with nature’s reclamation of human-built landscapes, and when I found myself a couple of hours away in Kiev, it was hard to imagine I’d ever again have the opportunity to see the ghost city for myself.

Our tour began at a fire station on the outskirts of the city where the first responders to the Chernobyl fire lived, among them firefighter Vasily Ignatenko and his wife Lyudmilla, whose stories are depicted in the miniseries. Within weeks, Vasily and more than two dozen of his colleagues were dead of acute radiation poisoning. From there, we drove on to District 3, once Pripyat’s largest and nicest residential area, home to blocks of brutalist apartment buildings.

Watching the evacuations depicted on the show, I flashed back to what I saw inside those complexes. Three decades after Pripyat’s nearly 50,000 residents fled, their belongings lay just where they were abandoned: a red leather shoe punched with eyelet flowers, about the size that would fit a six- or seven-year-old girl, perched on the concrete stairwell landing of one building I walked into, covered dust and debris; a half-gutted piano in one sixth-floor unit, pages of sheet music scattered across the floor of an adjacent room.

Everywhere I looked, I saw glimpses of normal life interrupted: abandoned work boots and a pair of eyeglasses missing their lenses, an oven stacked with baking sheets and stained sink resting on the floor of what had once been a kitchen, blue paint curling off the walls. Walking down the middle of boulevards so overgrown with trees they were no longer distinguishable as thoroughfares, we made our way into the town centre, stopping at the recreation centre, pools long drained, tiles now scrawled with graffiti, the gym crumbling; a primary school; that iconic amusement park and Ferris wheel. From the main square, we peered into the dark husk of what was once the main department store, shelves now overturned and empty but the blue, Cyrillic directory signs still hanging from the ceiling. In the dreary fall weather, the only real colour we saw was a still-vivid cosmonaut mural painted on an interior post office wall, an image of a utopian Soviet future that never was.

We wrapped the tour early; after seeing most of the key points of interest, continuing to walk among the radioactive ruins started to seem gratuitous. Though most tour operators will tell you that the amount of radiation exposure from a day tour to Chernobyl is about the same as a transatlantic flight, and nuclear waste experts seem to agree a visit is safe with some precautions (wearing close-toed shoes and long sleeves and pants to reduce skin exposure; not touching any materials you encounter, especially metal), the unpredictable beeps from Lena’s device – and the fact that we were allowed to wander freely but not given our own Geiger counters, something I later learned is standard on most tours – resulted in a creeping, but also apt, anxiety. Seven months after visiting Chernobyl, I haven’t quite shaken it.

Cautionary TV shows like Chernobyl and When They See Us are tough to watch, but that’s why you should
Subscriber content
June 25, 2019 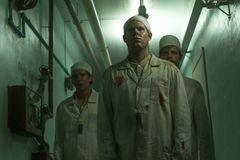 At a pair of England’s most historic golf links, the threat of wind, waves and climate change is palpable
Subscriber content
June 11, 2019 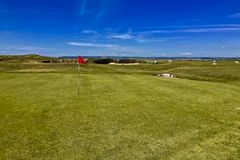 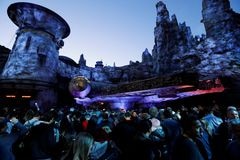 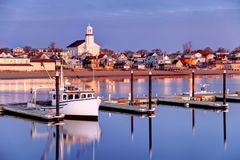