Canada is blessed with many world-class museums, including the Canadian Museum of History in Gatineau, the Royal Ontario Museum in Toronto and the University of British Columbia’s Museum of Anthropology in Vancouver. The buildings they’re housed in are as stunning as their vast exhibits. Millions of visitors pour through their doors a year.

But these giant repositories of collected artifacts don’t hold a monopoly on representing Canada, its cultural diversity and its history. The country is dotted with smaller facilities that tell equally compelling stories, sometimes of a region, sometimes of an entire nation. They’re off the beaten path and they’re niche, but they’re still significant, expertly curated and presented, and they give us a visceral connection to Canada’s past. Here are six of the best in this category across Canada (check with museums for winter hours):

It’s impossible to tell the story of Nova Scotia’s Cape Breton Island without mentioning coal, the combustible carbon that fuelled North America’s industrial progress for a century or more. Beginning as early as the 1700s, the region was an epicentre of coal mining and the island’s fortunes rose with the rock’s prominence and then faded with its demise.

The Miners Museum tells the long story of coal and the men who pulled it from the ground, often in horrid working conditions and exploited by mine owners. The showpiece of the museum is a replica of a pre-1930s underground mine, complete with dampness, darkness and coal seams that you can touch. The deep mine is constructed so that the ceiling gradually lowers to the point that anyone taller than five feet needs to bend over and contort to finish the tour. It can be downright uncomfortable at times, but that’s the point – you truly feel what the miners of yore experienced on a daily basis for their entire careers.

The experience is made all the more compelling by the tour guides – former miners whose ancestors had been miners, too. They mix facts about mining, equipment and techniques with personal reminiscences that bear no sugar-coating. They tell of fatal disasters, difficult working conditions and health maladies that eventually befell most of them.

While you’re there: The museum is also the home base of the Men of the Deeps, a choir of past and present miners who perform there when they’re not on the road giving concerts.

James and Gilbert Ganong were 19th-century grocers who discovered a sweet spot in business by branching out into candy production. They were pioneers in everything from lollipops and milk-chocolate bars with nuts to hand-dipped chocolates packed in heart-shaped boxes. Their company, Ganong Bros. Ltd., has the distinction of being Canada’s oldest confectionery operation.

Their legacy lives on in The Chocolate Museum, located in the brothers’ original brick factory in this western New Brunswick town on the Maine border. (Ganong’s production is elsewhere now but the company remains family-run.) Inside, you’ll see antique candy-making equipment and artifacts, panels describing the business’s evolution and demonstrations of hand dipping.

But let’s face it, the museum’s biggest draw – and payoff – for many visitors will be the chocolate-tasting station. It’s a sweet reward for all the educational information that’s been consumed.

While you’re there: St. Stephen has capitalized on the Ganong connection, joining with the company to co-host a family-friendly, week-long chocolate festival in August. The event has been bringing chocoholic visitors to the town of 4,500 since 1984.

Modern canoeists might see the watercraft as a pleasant and peaceful past-time, or perhaps a sport. But as the Canadian Canoe Museum shows, canoes, kayaks and other paddle-propelled vessels were crucial to the trade and transportation needs of early Indigenous populations and then to Europeans who explored the vast frontiers of what is now Canada.

About 140 crafts are on display in a central neighbourhood building that is nondescript from the outside – it’s a 1960s-era factory of a former boat-engine maker – but perfectly suited inside, with a vaulted ceiling that allows for canoes to be suspended in groups, leaving its vast floor spaces on multiple levels available for yet more clusters. Superb lighting accentuates the arrangements. The variety of crafts is equally stunning, from early dugouts and bark-clad canoes to boats once paddled by celebrities, including Gordon Lightfoot, Britain’s Royal Family, artist Robert Bateman and Canadian filmmaker and outdoors guru Bill Mason.

Kirk Wipper, a professor and pioneer in nature education, founded the museum and provided much of the collection, which has grown to more than 600 watercraft – so enormous that the museum is planning to move into a new and larger facility that can show most or all of them. The $65-million, environmentally sensitive space is scheduled to open in 2022 and be located, appropriately, on water’s edge at the Peterborough Lift Lock, itself a tourist attraction.

While you’re there: The exhibits can be experienced from different vantage points – including lying on your back – on Wednesday nights, when the museum holds its weekly Float and Flow yoga class. Proceeds go toward the new facility’s building fund.

St. Thomas was once a vital and important city in Southwestern Ontario, a hub conveniently located in the middle of the trade route between Detroit and Buffalo. The transportation of choice was rail, and the city boomed with freight and passenger trains rolling through constantly in the late 1880s and well into the 1900s.

St. Thomas gained the nickname of “Railway Capital of Canada,” but those days didn’t last forever. Transport trucks, especially after the creation of Highway 401 during the middle of the past century, disrupted the rail industry, and the city’s slide began, slowed for a while by a burgeoning auto industry but back into a deeper decline after car and car-parts production went south a generation ago.

The rail heyday, however, lives on at the Elgin County Railway Museum, located in the heart of the city in a striking brick industrial building that once housed the Michigan Central Railroad’s repair shop and employed 400 people. The museum’s highlight might be the rolling stock from yesteryear – steam, diesel and electric cars, from engines to cabooses. Although, the child in all of us might be more captivated by the massive model train diorama in a 1,200-square-foot room indoors.

While you’re there: St. Thomas was further put on the map in the 1880s as the death place of Jumbo the elephant, owned by circus impresario P.T. Barnum at the time. During a stop in St. Thomas while on tour, Jumbo was struck and killed by a freight train. A life-sized statue of the majestic beast greets visitors entering St. Thomas from the west end.

Whether it’s for leisure or business, air travel for most big-city dwellers involves boarding big jets at international airports. But it’s a different story in rural Canada, where smaller planes not only move people and goods around to otherwise unreachable locales but also provide valuable assistance in protecting the population from such natural calamities as forest fires.

The culture of small workhorse aircraft is on full display at the Canadian Bushplane Heritage Centre, located in a 65,000-square-foot hangar that once served as an air base for Ontario-government service planes. Just as at the Canadian Canoe Museum, various crafts hang from the ceiling, which is all the more appropriate given we tend to see planes from beneath. The roster includes float planes, bush planes and water bombers used in firefighting, some dating to the early 1900s.

In a nod to modernity, the centre includes a flight simulator so visitors can experience a bush plane cockpit, and in a nod to inclusion, there’s a detailed display on female barnstormers, bush flyers and pilots who have played a role in this aviation subsector.

While you’re there: Never mind that Sault native Roberta Bondar earned her biggest wings aboard a space shuttle, a distant cousin of a bush plane. She’s represented at the centre, too. Some of the artifacts and gear from her historic 1992 journey – she was Canada’s first woman in space, spending eight days above the Earth – can be viewed.

Oil and gas may be the industry that’s given much of Western Canada its riches, but farming has always been its backbone, generating wheat, oilseed, meat and other agricultural products to sustain not only the region but also the rest of the country and beyond.

The sweat of a farmer’s brow can’t be underestimated but their labours have been gradually lessened over the generations by ever-improving machinery, particularly the tractor. The symbiosis between human and machine comes alive at the Canadian Tractor Museum, a showcase for about 90 restored tractors and 30 stationary engines, as well as farm implements and toys. Massey Harris, John Deere and Case are among the makers represented in the row upon row of vehicles.

The museum opened in 2002 after a group of vintage tractor owners decided they wanted their machines to have a long-term home, lest this rural community (and visitors) forget its roots.

While you’re there: Westlock, about 85 kilometres northwest of Edmonton, is a small town with a population of about 5,000, so the museum isn’t hard to find. But anyone who’s severely directionally challenged can look for a 15.4-metre-high weathervane that points the way. Believed to be the world’s tallest of its kind, the tower’s peak is accented by a red 1942 Model D Case tractor and a giant arrow. (Oddly, the Westlock area also boasts a 14.6-hectare statue of Buddha, a less obvious but still compelling feature of this grain trade hub.)

Destination Cape Breton Association provided the writer with accommodation during a 2018 visit to Sydney, N.S., and area. It did not review or approve this article.

5 tips to avoid being a jerk on an overnight flight
Subscriber content
February 26, 2019 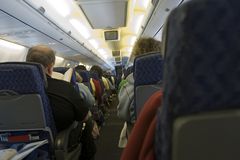 Sip and sweat: Wineries are kicking vineyard tours up a notch with races and fitness
Subscriber content
February 27, 2019 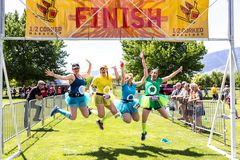 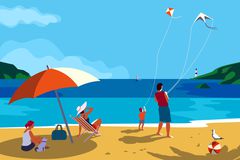