As restrictions lift and summer begins to look normal(ish), Ontarians are once again hitting the road to head, as they would say, “up north.” But what exactly does “up north” mean in a country that spans more than 40 degrees of latitude – nearly equal to the difference between Cairo, Egypt, and Cape Nordkinn, Norway.

“If I say I’m heading north, I would be talking about North Bay, Sudbury and the Soo areas,” says Rob Durnan, a Huntsville builder who maintains seasonal cottages near Muskoka, which is the up north to Toronto less than 200 kilometres away. For Sudbury-born singer-songwriter Kate Maki, up north means Timmins or Iroquois Falls, a 4½ hour drive north of her hometown, but still 4,000 kilometres south of the Canadian Forces outpost at Alert, Nunavut, the most northern permanently inhabited place in the world.

In Canada, there’s always another north.

I travelled (by phone) north across the Canadian Shield, boreal forest, low Arctic tundra and high Arctic Cordillera to towns and hamlets on the threshold of various Canadian norths to find out how latitude shapes the lives of their inhabitants, and what each community means when they talk about up north.

The most northerly town in Ontario reachable year-round by road, Pickle Lake is home to the province’s most northerly farm and public school. Its residents are well acquainted with the “turn and burn” – the eight-hour same day return drive locals make to Dryden, a city about 400 kilometres southwest, for supplies, haircuts and medical appointments.

The community of 380 full-time residents is surrounded by lakes and boreal forest (or “bush” in local parlance) to which visitors from Southern Ontario and the United States come for the abundant pickerel, pike and walleye, and to hunt moose and small game.

Pickle Lake may be the last stop on Highway 599, but it’s also the starting point of the sprawling winter road network across the frozen muskeg, enabling truckers to deliver supplies to remote First Nations communities even farther north.

Amanda Pickett, who moved to Pickle Lake from Sault Ste. Marie for a teaching job 10 years ago, says: “We are the north, but we are the gateway to the north as well.”

Legend says that Churchill residents leave their cars unlocked to give neighbours an emergency shelter from marauding polar bears. But the real reason, according to Kyle Walkoski, president of Great White Bear Expeditions, is that there’s no reason to steal a car. The only way out of town is by plane or train. The polar bear threat, however, is real. About 1,000 of the giant carnivores arrive each October to await freeze-up on Hudson Bay. Their numbers eclipse the local population of just 800 humans.

Sometimes called the “accessible Arctic,” Churchill sits at the meeting point of the Hudson Bay marine ecosystem and the taiga, the transitional zone between boreal forest and the sub-Arctic tundra. Visitors will find a blend of wildlife from north and south – red fox and Arctic fox, barn owl and snowy owl, black bear and polar bear (though if someone says “bear” in Churchill, they always mean the polar kind).

This Inuit community of just more than 1,000 sits on the Arctic Circle, or “right on the edge of the sun that doesn’t set,” as Solomon Malliki, an expedition guide and former mayor of Naujaat, puts it. During Malliki’s time in office, the hamlet’s name was changed back from the colonial Repulse Bay to the Inuktitut Naujaat, meaning seagull nesting place.

Before the pandemic halted non-essential travel to the territory, visitors would come from around the world to the northwestern limit of Hudson Bay to watch polar bears, whales and the dynamic life at the floe edge, the meeting point of the frozen and open sea. Naujaat is a traditional Inuit community where everyone knows each other, no part of a hunted animal is wasted and the take is always shared with neighbours.

Canada’s northernmost permanent settlement is a place of extremes: 24-hour sunlight from May through August, snow in June and an average temperature of -16.5. A Sealift supply ship pulls in once a year to supplement the bi-weekly plane drops of fresh food and small essentials for the 141 residents, many of them descendants of the Inuit families who were relocated from Inukjuak, Que., in 1953, and forced to adapt to the extreme and unfamiliar conditions of the high Arctic.

Jeffrey Qaunaq, who moved from Pond Inlet 30 years ago, says only a handful of southerners understand how people live in Grise Fiord and many others don’t even know the community exists. The hamlet used to see more tourists, but most visitors now are scientists studying the effects of climate change on the community whose Inuktitut name, Aujuittuq, means “the place that never thaws.” It is, in fact, now thawing.

“We want them to understand that there are people here, that it’s not only a place on the map,” says Qaunaq, adding that for him, life in Grise Fiord is as normal as it is in Toronto. 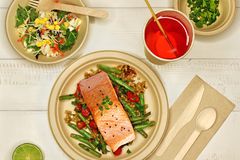 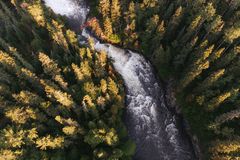