The first famous party-goer who comes to mind upon entering the 3,000-square-metre grand hall at the Ned on a Sunday night is Gatsby. Friends raise flutes of champagne in standing-room only bars against a backdrop of grand, green verdite Corinthian columns; young couples curl into each other on deep red-leather restaurant banquettes; smartly dressed staff carry luggage through the crowd to reception as new arrivals pour in and – in the centre of it all – a trio of flappers sings show tunes on a small circular nickel stage.

The energy is infectious – raucous and riotous in all the right ways. Thanks to a £200-million ($349-million) investment from The Soho House & Co. and the Sydell Group, a building that opened as a bank in 1939 continues on – fittingly – as an ode to extravagance. Even with its eight bars and restaurants, the ground floor is merely one of many spectacles.

So it’s not hard to imagine Prince Harry – in his younger, wilder, pre-Meghan days, of course – spending a rowdy evening here in the city with posh friends. Well, not here on the main floor, but rather in one of the Ned’s exclusive member-only areas – areas you can also access as a guest of the hotel, without having to pay the £3,500 annual fee. Fancy a drink in a quieter atmosphere? Head to the basement for a cocktail in the Vault: Walk through the 20-tonne, two-metre-wide original door and it takes a second to realize the gleaming silver wallpaper is actually row upon row of more than 3,000 safety-deposit boxes. On a warm evening, venture to the Roof Bar and its dazzling views of London’s dramatic skyline. Or head up earlier for a predinner swim in the open-air pool as you stare at the glory of St. Paul’s Cathedral. Yes, this is how the upper-class does weekends.

Your ticket to this world is one of the hotel’s 252 rooms, all decorated with a 1920s/30s style: retro-looking Roberts radio; bars with thick crystal glasses; wrought-iron beds and ornate fabrics. The rooms also come standard with possibly the most extensive array of toiletries and amenities ever, including all the basics plus toothpaste, facial toner, face wash, condoms, a hair straightener and the ability to have a fresh set of clothes delivered – for a fee, of course – through a mini Net-a-Porter/Mr. Porter catalogue.

Because while this hotel is certainly set up for fun that goes past the expected hours – “Crash Pad” is one of the room categories, after all – one thing the upper class apparently does not do is the walk of shame.

Prior to marrying William and joining the Firm as the Duchess of Cambridge, Kate Middleton was a carefree, moneyed young woman who lived and partied in the Royal Borough of Kensington and Chelsea. She was one of the “Sloane Rangers” – a term used to describe a certain class of twentysomethings whose lives orbited Sloane Square, one of the richest areas of London (Diana Spencer, future Princess of Wales, was one of the earliest examples).

The borough is a place of tony shops, private parks, hard-to-get-into restaurants and expensive schools where rows of uniformed children patiently queue out front. One such school sits on Cadogan Gardens, a quiet side street that’s home to rows of townhouses – and a fairly hidden hotel. Four of the Victorian-era homes have been combined and turned into 11 Cadogan Gardens, a property that gives guests a real sense of how the other half lives. Stay outside of the main house and you even get a proper key to the front door, letting the real-estate fantasies really take hold.

The rooms are pleasant enough, but it’s the public space – and the service delivered therein – that elevates a stay to an experience. Staff is attentive but not overbearing and shockingly skilled at knowing exactly what it is you want before you do. “Fancy taking a break from your work in the lounge to look at the menu?” Why, yes, actually, I am hungry. “Would you like some hot cocoa to enjoy as you read by the fire this evening?” Definitely. “It’s a beautiful day. Might I suggest a trip out to Richmond Park to see the rutting stags?” How did you know that was a place I wanted to see but had forgotten the name of?

Combining four properties means the hotel is a delightful mishmash of rooms and history that must be explored. An old, gated elevator can take guests to the upper floors. Secret passages lead from rooms to unmarked back laneway exits – perfect for celebrities or guests who have other reasons to hide their activities. Tucked away is a wondrous little room with gold-rimmed mirrors covering the ceiling and walls, reflecting a black-and-white checkerboard floor. (For special occasions, it might be possible to take high tea in there.)

The main restaurant, Hans’ Bar & Grill, is set to open any day. In the meantime guests can enjoy a light meal pretty much wherever they want, including the dark, alluring Chelsea Bar. A small library in the front is the perfect place to read newspapers over a morning coffee, while a sun room or small back patio is ideal for an afternoon spent drinking champagne. Sounds lazy and luxurious? That’s the entire point. Even Kate didn’t have it this good.

Sleep at one of the Queen’s favourite escapes

Rumour has it there’s a secret passage to swiftly transport royals between Buckingham Palace and The Goring Hotel. It’s not inconceivable – after all, this five-star hotel just minutes from the palace has been a monarchical haunt since the days of George VI.

More recently, the Queen has frequented its restaurant, Kate Middleton has stayed the night (right before her wedding) and Prince Harry has become familiar with its bar. But after welcoming me into the luxury of the $15,000-a-night Royal Suite, my personal footman refuses to say anything about royal entrances and exits – remaining instead the height of discretion. No doubt one of the reasons the Windsors return.

The Goring – the only hotel with a royal warrant for hospitality services – is likely the closest that most of us will ever get to experiencing palace life. The rows of staff are suited and booted, with a singular aim of serving guests’ every whim. (“We want to spoil you,” my footman explains.) Hidden in the writing desk of my two-bedroom penthouse are 19th-century letters from the palaces and the silken wallpaper lining its guest toilet can also be found in Buckingham Palace’s “throne room” – a.k.a. washroom. Even the regular double rooms offer a taste of the posh life, with a quintessentially English yet decadent decor of plush velvet drapes and marble bathrooms.

Downstairs, high-society types linger over pricey G&Ts and a crackling fire in the inviting bar, where an excess of staff await eye contact. And at the Michelin-starred restaurant across the hall, patrons can indulge in sumptuous British classics such as Cotswold chicken and Scottish lamb before retiring to their rooms for a sleep that is truly fit for a queen.

The writer was a guest of the Goring. It did not review or approve this article.

How luxury train trips are perfecting the art of slow travel
March 8, 2018 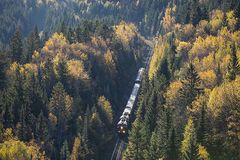 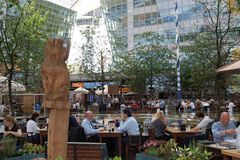 British exhibit on Franklin expedition features new artifacts, Inuit history
July 20, 2017
Follow us on Twitter @globeandmail Opens in a new window
Report an error Editorial code of conduct
Due to technical reasons, we have temporarily removed commenting from our articles. We hope to have this fixed soon. Thank you for your patience. If you are looking to give feedback on our new site, please send it along to feedback@globeandmail.com. If you want to write a letter to the editor, please forward to letters@globeandmail.com.
Comments