With communities on Haida Gwaii adapting to increased travel restrictions after a recent COVID-19 outbreak, staycations have taken on a new importance in the remote islands. The 20-person outbreak is believed to have occurred after residents who travelled off-island returned home. So now, in addition to new provincial restrictions banning all visitors to Haida Gwaii, Carla Lutner, chief operations officer of the Gwaii Trust Society, says local leadership is encouraging residents to stay on Haida Gwaii whenever possible.

To help, the Gwaii Trust is offering up to $250 in grants for Haida and residents of Haida Gwaii (Haidagwaii’an) for staycation expenses. “The grant helps locals explore and provides assistance for local tourism businesses,” says Lutner.

Lutner says the grants have been well received. They’ve also provided some much-needed distraction on the hard-hit islands. “A popular topic of conversation is people asking each other, ‘What are you going to do with your staycation money?’” she says.

Families can pool their money, and so far requests for the funds have ranged from cabin rentals on North Beach to cultural tours in Gwaii Haanas to fishing charters for entire families.

A Tourism Industry Association of Canada report predicts that without further support, some 61,000 tourism businesses in Canada, or 57 per cent, are projected to fail, putting 1.66 million Canadians out of work. To stem the losses, government programs have been offering emergency wage subsidies and other grants. Meanwhile, professional organizations have been teaching tourism businesses enhanced cleaning techniques and offering marketing tips to entice locals. But there’s still a need to find innovative ways to get people out exploring safely and spending money locally.

New Brunswick recently announced a $3-million staycation rebate program for residents. The province’s grant encourages locals to stay and spend in nearby communities, and offers a 20-per-cent rebate of up to $1,000 per person. Eligible expenses include travel costs like fuel and car rentals; accommodation including hotels, motels, inns, B&Bs and campsites; restaurant meals; and activities like museum fees and outdoor tours.

Local travel must include a paid overnight stay in the province up to Sept. 30. According to a statement by Tourism, Heritage and Culture Minister Bruce Fitch, “the rebate will not only encourage New Brunswickers to travel and discover the natural beauty and diversity of the province,” but support tourism businesses when they need it the most.

PEI is also exploring ideas that will spur in-province travel. Internationally, Ireland has recently announced its own program. Ireland’s staycation voucher offers citizens a refund of 20 per cent on restaurant and hotel bills in the form of a tax credit. The rebate, which begins in October and is expected to run until April, 2021, is good for individual expenses up to €625 (with the rebate worth up to €125, or roughly $195), and double that for couples. Regionally, 56,000 households in Kerry are receiving an additional €100 that can be used for a range of registered county accommodations, in an effort to keep them even closer to home.

James Cowpar, co-owner of Haida Style Expeditions, which specializes in cultural adventure tours, says for businesses, the $250 individual grants are a lifeline. The Indigenous-owned company, which normally hosts travellers from around the world on its daily tours, had been expecting a banner season. Instead, as trips were cancelled and deposits returned, the company initially fell through the cracks of the federal stimulus funding.

Now, Cowpar says they hope to run two to three tours a week for August and September. “The benefits will help to keep local businesses alive, and will give people an opportunity to visit Gwaii Haanas and enjoy outdoor recreation,” he says.

Destinations that don’t have financial incentives to encourage locals to visit are still hoping travellers bust out their travel savings and splurge on local experiences.

Maya Lange, vice-president of marketing at Destination BC, says local support is going to be crucial to the long-term survival of many tourism businesses: “When you support tourism businesses, you support your friends, families and neighbours, and the small businesses that make up the foundation of our industry.”

Equally important, says Lange, is the fact that tourism businesses contribute to a region’s identity. “Tourism plays a positive role in preserving, sharing and celebrating the rich culture and history of B.C.‘s diverse communities and people,” she says. “Think about the things we enjoy that would not be as viable without the tourism engine: museums and galleries; festivals and sports events; air, highway and coastal transportation; dining and wine touring; and parks and recreational facilities.”

The new Aeroplan loyalty program has been revealed, and it’s a complete overhaul
Subscriber content
August 12, 2020 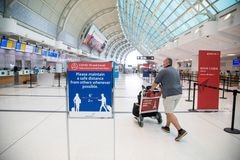 Road trips are this summer’s ideal vacation – though they take more planning than ever before
November 12, 2020 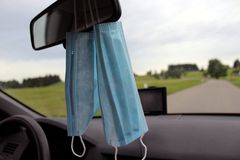 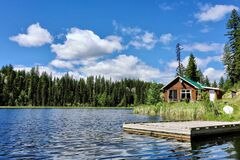