When the coronavirus pandemic swept across Italy last March, Fulvio De Bonis, founder of Rome-based luxury tour operator Imago Artis Travel, found himself awash in a sea of cancellations. Now, almost a year later, he’s still waiting for international travel to pick up again but is keeping busy planning for the future – a future he hopes will see tourism come back in a more sustainable way. “It’s very easy to point to the problem of overtourism,” De Bonis says. “It’s much harder to find a solution.”

In Rome, as in Florence, Venice, Barcelona, Dubrovnik, Paris, Lisbon and other cities across Europe, overtourism has been driving locals out of city centres, artificially inflating the housing market and causing tourist restaurants and cheap souvenir shops to replace local artisans, independent boutiques and homegrown eateries. “The city loses its authenticity – and when you lose your authenticity, you’re being killed and eaten by globalization,” De Bonis says. “And we can’t allow that to happen.”

But the coronavirus pandemic has created a sort of paradox; in the places where tourist traps have replaced businesses that once catered to locals, the people that rely on tourist dollars are now out of work. According to Federalberghi, the Federation of the Italian Associations of Hotels and Tourism, which released a report in September on the pandemic’s effects on tourism, 55,000 hospitality-industry jobs were lost that month and another 70,000 were at risk for the rest of the fall. Tourism makes up around 13 per cent of Italy’s GDP and employs 4.2 million people. The numbers are similar in France, the U.K., and Spain, where the tourism industry makes up about 9.7 per cent, 10 per cent and 11 per cent of those countries’ GDP respectively.

Europe is far from the only place suffering from the lack of tourism. Between March and May, the Galapagos Islands lost an estimated US$50-million in tourism revenue. In Thailand, which received nearly 40 million tourists in 2019, officials expected to see just 8 million visitors by the end of 2020. Tourism generates about 18 per cent of the country’s GDP.

The pendulum has shifted – now travel-industry insiders and government officials are worried about undertourism, or the sudden lack of tourism and the economic support it provides. The worry is that once travel picks up again, places starved for revenue will desperately try to lure tourists back without addressing how to regulate the industry. But some organizations are using this time to rethink old models and develop tourism economies that will be more sustainable for the environment and the locals who call popular destinations home.

“These places need tourists to come in a way that maximizes the sustainable economic development for the communities and minimizes the impact from tourist visitation. And that’s where I think there’s this rebalancing that is so necessary to avoid overtourism,” says Gregory Miller, executive director of the Center for Responsible Travel (CREST). Because of the pandemic, CREST delayed the publication of a book of case studies on overtourism, a subject the organization has been studying for years. Miller is deeply concerned that when international borders reopen, places suffering from undertourism will forsake environmental and societal best practices in a desperate attempt to regain lost revenue, thus putting their long-term survival at risk.

CREST consults with local, regional and national governments to develop comprehensive strategies for sustainable tourism. Among its projects, the non-profit organization is completing a tourism master plan for Oman and is helping Michigan’s Upper Peninsula transition from an extraction-based economy to one that focuses on local and regional tourism.

Of course, it’s much easier for destinations starting from scratch to set sensible parameters. Such is the case for Rwanda, Botswana and Bhutan – three shining examples of sustainable tourism, according to Melissa Biggs Bradley, founder of travel-planning company Indagare.

In 2017, the Rwandan government set the cost for a coveted gorilla-tracking permit at US$1,500 a person as a way to keep the number of tourists who come into contact with the animals low while generating enough revenue to protect them. The government of Botswana passed the Wildlife Conservation and National Parks Act in 1992 and has designated over 30 per cent of the country as national parks or wildlife preserves, incentivizing eco-tourism. In Bhutan, the self-proclaimed “happiest country on earth,” foreign tourists are required to spend a minimum of US$200 a day, stay at a hotel approved by the country’s tourism council and employ a licensed local guide for the entire trip – a policy in place since 1989.

“If it costs a lot to come, people are going to stay longer, pay more and appreciate it more than if you have really cheap and easy access to places,” Biggs Bradley says, noting that in some countries, such as Rwanda and Kenya, park permits cost less for citizens than foreigners and safari camps have residents’ rates in order to promote domestic tourism.

Both Miller and Biggs Bradley see domestic tourism as an important way to help the industry get back on its feet. In much of the world, including Canada, people who spent the spring cooped up at home began flocking to hiking trails, national parks, lakes and beaches within driving distance this summer and fall. Some governments have even offered stipends as incentives for people to support their local communities.

There’s no doubt that the pandemic has caused a reckoning among those who work in the tourism industry, as well as among travellers themselves. Many hope that it will mean the end of mass tourism, a departure from the bucket-list mentality and an opportunity for destinations to re-examine their tourism strategies and implement much-needed regulations.

Biggs Bradley sees a silver lining in the enthusiasm for the online travel classes, cooking lessons and clubs that companies such as hers have launched during the pandemic. “What we’ve found is that people are so excited to have the extra education in advance,” she says, adding that after a virtual tour of the Rwanda Genocide Memorial this past summer, everyone who attended was determined to visit Rwanda.

“In a crisis, one finds many solutions for a wonderful future,” tour operator De Bonis says. “Now we have an opportunity to organize ourselves better and put the destination first instead of putting ourselves first, because then the destination will take care of us.”

The future of travel is private
Subscriber content
January 1, 2021 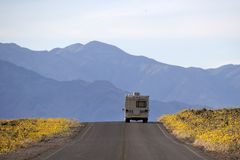 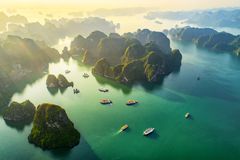