After a busy day of seeing people, John Beranek will go into his basement, close the blackout curtains and sit in darkness. As an introvert, he needs these moments of calm. But that doesn’t mean the 55-year-old consultant from Sioux Falls, S.D., wants to live a life of familiarity and retreat. He loves to travel. The issue is that every part of the experience can be difficult, from dealing with large groups to forced social interactions.

“Airline travel is excruciating to think about," Beranek says. "Who is the stranger that’s going to be sitting beside you?”

So when he heard of IntroverTravels, a travel agency for introverts launched by Jacob Marek, Beranek was intrigued. Once he heard the sales pitch, he was sold.

“There’s never large groups,” Beranek says. “It’s either on your own with a tour guide or with a small group.”

Introverts make up one-third to half of the population, according to studies. But until relatively recently, they have largely been misunderstood. Cast as anti-social shut-ins, introverts have been largely overlooked by the travel industry. Now, thanks to a better understanding of introverts, prompted largely by Susan Cain’s 2012 book Quiet: The Power of Introverts in a World That Can’t Stop Talking, tours and retreats designed specifically for this niche are beginning to flourish.

“It’s taken many years for people to even start talking about introversion and to understand that introverts do have unique needs," says Michaela Chung, the Ottawa-based founder of Introvert Spring, a blog that focuses on issues for this population group. "That’s why there’s a lag in having those types of offerings specifically for introverts.”

Despite misconceptions, many introverts have a sense of adventure and a strong desire to see the world.

Since launching IntroverTravels in South Dakota nearly three years ago, Marek has planned a wide array of trips for his clients, from tours of Vietnam and Thailand focused on cuisine, to more adventurous wildlife-watching itineraries in South Africa and the Galapagos. “They tend to be remote places where there’s an absence of people or external stimuli. You can get back to nature, contemplate history or experience the culture of a new place,” Marek says.

His clients tend to be “social introverts,” people who enjoy activities but need to be alone afterward to recharge.

“I might propose something once or twice a day, blow your mind, have a really high-quality experience. And then the rest of the time use it to do whatever you want to do,” Marek explains. “I do build in quite a bit of down time.”

Beranek chose to go to Australia last year, a trip he calls “amazing.”

Marek organized a tour with just 10 other people of the Sydney Opera House, since Beranek had said in a pre-trip interview that he was an arts lover. Beranek then flew to Uluru (Ayers Rock), where he and 15 other people enjoyed dinner under the stars, sipping champagne and eating crocodile. For his time in Melbourne, he visited a botanical garden on the water to enjoy some quiet solitude.

For travellers who need even more alone-time, Marek can arrange more exclusive experiences.

Jill Ruiz, a 40-year-old designer who lives in Chicago, took a trip to South Africa through IntroverTravels that included visiting Cape Town and Kruger National Park.

“Every single safari tour we went on was private, which I loved,” she says.

Melissa Renzi, a Chicago-based yoga instructor, has been organizing group retreats for introverts since 2017. That concept might sound like an oxymoron, but she has ways of making it work.

“I try to pad the schedule so that if we have a full day of group activities people are free to not come, and I try to make sure there is a free day beforehand and a free day after,” she says.

When the group meets, Renzi has them all agree to a few specific principles, including, she says, “Honour one another’s needs and preferences for personal time and space and right to silence, and encourage one another to take personal time and skip group activities as needed. Be open to different belief systems, ways of behaving, communication styles.”

The trips are usually capped at 16 people, and many now have waiting lists. “The demand has certainly been growing,” Renzi says.

Making such things explicit was appreciated by Tiffany Ness, a 38-year-old media researcher who lives in New Jersey and took an introvert retreat to Peru’s Machu Picchu that Renzi organized last year.

“That was one of the refreshing things, knowing that everyone is like you in that regard,” she says. “There was no pressure.”

The experience was so enjoyable that Ness has gone on two other introvert retreats since, one in Mexico last summer and another in Guatemala in January.

Beranek plans on taking another trip through IntroverTravels, although he’s not sure where it will be. His time in Australia, with its mix of interesting activities in small groups and time alone to recharge, was everything he could hope for, he says.

"It was absolutely glorious.”

Neither introvert nor extrovert? You need a break too
November 8, 2018

Want to feel good? Have a deep discussion
October 4, 2018 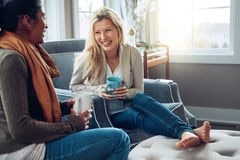 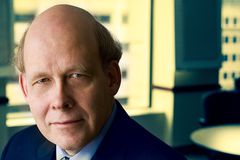