Canada, when compared to the United States and Britain, has been a little lackadaisical on the stylish country-hotel front. Until recently, the choice was either the eye-wateringly expensive luxury of the Wickaninnish Inn, Le Château Montebello and Langdon Hall or fusty B&Bs. Two new boutique hotels outside Ottawa, both rescued from dereliction and beautifully restored, have changed all that – and with another to come in Ontario’s Prince Edward County, the stylish country hotel scene is beginning to take off.

It starts at the Brothers Grimm-like bright red door with massive Gothic hinges set in a wall of hand-hewn granite. Crack it open and you see Persian rugs scattered smartly across original 1930s maple floors, walls adorned with museum-quality art and strikingly upholstered furniture arranged cozily around fieldstone fireplaces. “Four years ago the building was derelict, the only residents were raccoons and the odd cross-country skier,” says owner Robert Milling, who has run the nearby Wakefield Mill and Spa for the past 25 years. “Every window was smashed – almost nothing you see here, besides the floors and the fireplaces, could be salvaged.”

Positioned commandingly on a granite outcrop overlooking Meech Lake in Chelsea, Que., O’Brien House was built in 1930 by industrialist and founder of the Montreal Canadiens, Ambrose O’Brien. The National Capital Commission (NCC) bought it in 1964 and used it as a conference centre until the 80s. Milling had always had his eye on it and has now leased it from the NCC for five years. The ground floor of the hotel showcases striking art on loan from the Crown Collection, which holds 4,000 pieces of fine and decorative art used to furnish Canada’s official residences . The main level decor invites guests to sit down and enjoy the space and art. There are no hovering staff, you can crank up the gramophone player yourself, type a note on the old Underwood typewriter or mix a drink from the library’s honour bar while prime minister John Thompson’s grandfather clock ticks soothingly in the corner.

The laid-back luxurious vibe continues in the guest rooms. Soft cushions and blankets are scattered on velvet-covered window seats. Tivoli brand radios, discreetly placed televisions, Scandi-style lighting and heated bathroom tiles are subtle details of the spaces. And this is all before you look out at the view. Much like a treehouse, rooms float high above the canopy either looking down on the winding shimmer of Lake Meech or the undulating hills of Gatineau Park.

In-house chef Patrick Marion is almost obsessively local. His seven-course tasting menu is similar to a Hansel and Gretel walk through the forest, replete with pine tips, pickled oxeye daisy buds and wintergreen berries. Day-lilly root showcases dollops of Canadian sturgeon caviar, smoked and pickled walleye is infused with pine, and rabbit nestles on a bed of wood sorrel and sprouted grains.

At some point, you will have to leave the lodge. It would be a shame to miss out on Gatineau Park with its 165 kilometres of hiking and biking trails. But with a hot tub and sauna coming soon and overlooking the lake, it may get even harder to find a reason to venture out.

Fiona McKean, wife of Shopify CEO Tobias Lutke, grew up in a cottage nearby this property in Elgin, Ont., which is made up of a main lodge and a series of cottages. The resort had been in the same family for 90 years and its glory days were far behind it. But McKean feared seeing it torn down so she made a last-minute bid for it four years ago.

“The first winter we decided we would just clean and pretty it up. That’s when I found out that 90 per cent of the beams were twisted and cracked, it was stuffed full of asbestos, and generations of raccoons were living in the cottages,” McKean says. Then her structural engineer informed her the main lodge had no foundations. “The entire building had to be ripped down to the studs and stuffed full of steel.” Luckily, McKean had some mentors to call on, including Fogo Island’s Zita Cobb, famous for resuscitating the tiny Newfoundland island where she grew up with a destination hotel. “She walked around in the snow salivating and saying, ‘Oh my god, what you can do with this.’ I was so tired I was hallucinating and she gave me a great pep talk.”

The now perfectly preserved lemony gabled Victorian resort still exudes just the right amount of nostalgia on the outside, while inside everything has been modernized. The two-storey galleried lobby is flooded with light and there are tasteful touches of Canadiana throughout.

Tweedy wool blankets woven for the Opinicon by MacAusland’s Woollen Mills in Prince Edward Island adorn the crisp white linen-beds in the 16 cabins. Ranging in size from one to four bedrooms the cottages are set back in the grounds among towering trees. Each has a fireplace, window-seats and rustic touches. Food here is simple, locally sourced and seasonal. The pub and dining room have multi-generational crowd-pleasers from steak to burgers as well as more adventurous dishes such as tuna poke, pork steam buns and scallop ceviche.

Much as with Fogo, McKean is running the Opinicon as a social enterprise. Everyone on the front desk is local, the docks are staffed by teenagers doing summer jobs and the ice-cream shop is full of kids coming to spend their pocket money and play one of the many board games housed on its shelves. The resort also offers a cultural draw with bands booked to play on the vast lawn sloping down to the lake, film-screenings on a stage set in a clearing in the woods and live music every Friday in the pub. The only negative is the lack of lake swimming – the water by the docks is shallow and weedy, but with the final piece of McKean’s vision just completed, there is a pool.

Former minister of finance Greg Sorbara and his wife, Katherine, are transforming this 1879 hotel in Prince Edward County’s Picton, Ont., into a boutique hotel. When completed in spring 2019 (they hope), it will have 33 guest rooms, two restaurants, a spa and a large garden. Their nearby family farm will supply all of the beef, organic veggies and small batch maple syrup. theroyalhotel.ca

Antonia Whyatt was a guest of the O’Brien House and the Opinicon. The companies did not review or approve the story before publication.

Editor’s note: An earlier version of this story incorrectly said MacAusland’s Woollen Mills is located in Prince Edward County instead of Prince Edward Island. This version has been corrected. 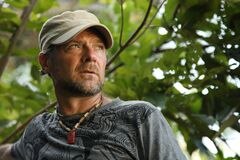 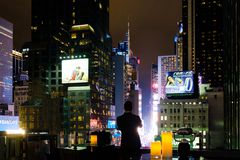 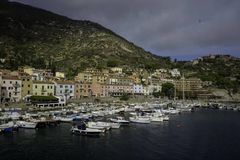