Unexpectedly, and without warning, I found myself sharing a lunch table with extreme ski legend Glen Plake.

The star of many Warren Miller ski films, he is as famous for skiing the unskiable as he is for his multicoloured mohawk. But today those locks are tucked under a tuque and our table is hemmed in by admirers hanging on his every word.

Plake’s annual RV road trip to promote the sport brought him to the main lodge of Mad River Glen, a legend in its own right. This co-op-owned ski hill proudly runs a rare single-chair lift, relies on natural snow and is the only ski resort with a U.S. national historic designation.

On the mountain, I’d watched him slither through tightly treed runs like a snake through grass. Now he was taking questions from his admirers and signing autographs with the same grace – the reverence in people’s eyes when they approached was touching.

Plake surprised me by musing aloud about the cult of powder skiing, the thrill of gliding through deep snow. His question – asked in a ski bar so hardcore customers pay to reserve their own beer stein – was sacrilege.

“Why do we keep pushing powder?” he asked between bites of a basket of deep fried green beans we shared. “It’s not like we get to ski it very often.”

He put his finger on a point I’d long wondered about, too. Skiing powder is not so fun if you’re not used to it. Powder days are often an exception, not the norm. Why make it the Holy Grail?

For skiers, that’s something you’re not supposed to admit. But skiing at a few indie resorts last season in Mad River Valley, Vt., (a state famous for its independent state of mind), would give me a new appreciation for a sport I am still trying to master.

Step 1 was figuring out how to get scooped up gracefully by the fast-moving single-seat chairlift (you can’t). And while it’s awkward, fewer people heading up on the lift means fewer people skiing down – the near empty runs are heavenly. On a bluebird weekday visit there were no lift lines either. On the way up, I thought, “How strange to sit in silence on a chair lift.” Until I realized how wonderful it was to sit in silence! Nine Zen-like minutes to reach the 681-metre summit, to watch a hawk soaring overhead and to forget that I was about to attempt a hardcore-skier’s mountain that dares visitors to “Ski It If You Can.”

As intermediate skiers, my ski buddy Mary Lynn and I focused on what we could do – shushing down runs covered in natural, unpacked snow and admired the views off the top of General Stark Mountain. Runs seem hidden within the trees (unlike the wide swaths cut into forests in many ski resorts) and I only noted the glades when a couple of hot shots blazed by me into the forest dodging trees as if they were bullets. I’d change that tagline to: “Ski it whenever you can.”

There is no slopeside accommodation at Mad River Glen, but a five-minute drive away, tucked off Route 17, we found the nine-room Hyde Away Inn – home to a renowned bar and excellent restaurant. Here we spent a lot of time by the hardwood fire in the bar rehashing our day over G&Ts (heavy on the Vermont Barr Hill gin). This local’s local is where we heard about some of the blessings and pressures of living in an independently minded area – enjoy all that locally made food and drink, but make sure you buy it at the locally owned supermarket (Mehuron’s), not the chain store.

Mad River Valley is also home to Sugarbush Resort, dubbed “mascara mountain” back in the sixties for all the celebs who drove up from New York in the early years. When skier/businessman Win Smith traded his career on Wall Street to buy Sugarbush in 2001, he ran it like a family-run resort – albeit one with the sleek trappings of deep-pocketed investors. (Sugarbush was recently sold to Alterra Mountain Company, which runs 14 resorts across North America, but Smith remains involved in its operation.) On the drive up to the Lincoln Peak base area, we’re impressed at how fresh and sleek everything looks, including the slopeside Clay Brook Hotel, a big red barn-style hotel with ski- and car-valet service. Clay Brook and its adjacent restaurant, Rumble’s Kitchen (named for Win’s dog), are right next to bars and the rental shop – all easily clomped to in your ski boots.

Settling in for the night, we watched a snowstorm rage outside. It boded well for our next day on the mountain – as long as it stopped by morning.

But it didn’t. At breakfast, we lingered over our omelets at Rumble’s, marveling at the keeners already lining up for first chair. Since it was a powder day – the Holy Grail remember? – we bundled up and head out, even if it was a little stormy.

The runs were full of ungroomed, choppy snow that got trickier to navigate the longer we skied. Mary Lynn bailed for the pub first. The moment I was blinded by a whiteout mid-run, I joined her.

We had booked some time to ski with another U.S. Ski Hall of Famer and freeski legend, John Egan, but with the lifts on a windhold, it looks as if we’ll be having lunch with him instead.

Egan is famous for manoeuvering out of an avalanche in a Warren Miller film, one of 17 that he starred in with his brother, Dan. Now, at 62, he works for Sugarbush – guests can shred runs with him for as long as they can afford to.

He found us in a booth at the back. Shaking the snow out of his shoulder length, curly grey hair, Egan sat down and ordered chili and beer. While we waited, he told us that no matter how far and wide he travelled in his career, he always came back to Vermont. He didn’t boast about his glory days so much as seem grateful for the opportunities. As I listened, I wondered what two middling skiers could learn from the second Warren Miller star we’d met in as many days. “Flying down the mountain, you are part of a physics equation,” he said. “Half of it is the math, half of it is the mojo.”

He wanted us to embrace the feeling of hurtling downhill: “It’s all about the flow. … Either you go with the flow, or you fight it, and it takes you.”

By this time, the pub had emptied out – which had to mean the lifts were open. We bid goodbye to our guru and snapped into our skies. If we were ever going to shred “pow,” today was the day.

We went for it, embracing our part of the physics equation. We whooped and hollered our way down. We may have looked ridiculous (we certainly sounded it) but we’d found the flow, and the flow was good.

Our last stop on this ski trip is no indie resort, but it is another Vermont legend. Stowe Mountain Resort, part of the Epic Pass, has long attracted a moneyed crowd. Storms shortened our slope time here, too, but we did get a chance to ski above the treeline on Mount Mansfield (Vermont’s highest peak). And Stowe is where we found an après scene to write home about.

During dinner at the Lodge at Spruce Peak (the resort’s only ski in/ski out hotel) we were handed an invitation to visit a speakeasy. Bartender Dan Hathway turned an underground storage room into a hedonistic hootch gallery where adventurous imbibers settle into plush armchairs and clink vintage glassware brimming with cocktails they’d never thought of ordering before. He says he likes to push his customers’ palates while still working within their “taste profile.” It’s quite a skill and if you really want to watch a master a work, ask for his signature, six-minute creation, the Forbidden Lady. Not all legends, we discovered, work on the ski hills.

The writer was a guest of Ski Vermont and Vermont Tourism. Neither agency reviewed or approved the story.

Explore the small town of Waitsfield between ski resorts in the scenic Mad River Valley. You’ll find a lively après scene at the Taproom, a cathedral-ceilinged eatery opened in 2018 by local brewer Sean Lawson (who also runs the Mad River Glen nature programs). Also: Taste Place is a curated shop of Vermont specialties (cheese, maple syrup, charcuterie, beer, cider) with lots of samples to munch on.

Stowe Mountain Resort is an hour east of the airport. A member of Vail Resorts, Stowe uses the Epic Pass, day lift tickets from US$118. The Lodge at Spruce Peak is the closest you can stay to the lifts, rooms from US$249. 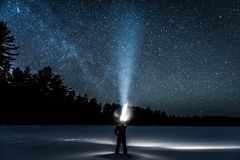 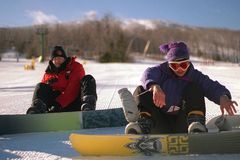 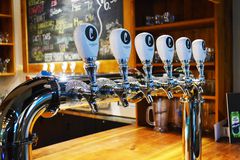