School has been back in session a few weeks now, and I really need a break from my kids and their routines. Any suggestions?

Grab a few of your most fun friends, and head to New York for a weekend.

Right? New York is always fab, even if you’ve been a billion times already.

It’s so big I often find it overwhelming. Where to start?

Eating is a core theme of any trip, as far as I’m concerned, so plan to eat at a few of New York’s classic restaurants. The Grand Central Oyster Bar beneath Grand Central Station has been operating since 1913 and is classic New York cool. Brunch at the gaudy Russian Tea Room is a treat, especially if you order the champagne and caviar, move on to borscht, then finish with the Czar’s Gold Parfait, topped with actual gold (posh!). Russ & Daughters is also amazing.

It isn’t the same. Katz’s is great, sure, and everyone should go there at least once, but the Russ & Daughters Cafe does these platters that are perfect for sharing as a long leisurely lunch with friends. The Anne, with New Zealand smoked salmon, sturgeon, sable, smoked brook trout, and wild salmon Alaskan roe, is pretty spectacular. Plus, the lighting there is super flattering for taking great pics of yourselves.

Okay, sure, I’ll give you that, but I feel like food is always worth splurging on. There’s plenty of cheap stuff I’d recommend at night though, such as the going to the so-funny-I-just-peed-a-little Baby Wants Candy improv musical or any other show at the Upright Citizens Brigade Theatre (Amy Poehler was a founding member) for a mere US$14 a ticket. Head to the tiny Marie’s Crisis Cafe, a (cash-only) basement piano bar in the West Village with no cover where drinks are relatively cheap. There, you can sing along to show tunes with talented theatre kids and actual Broadway performers.

What should we do when we aren’t eating or drinking?

Remember who you were before kids drained all your vitality? Back when weekends weren’t an endless chore of driving kids places? Be that person again! Channel her! Leisurely art museum visits are in order. The Guggenheim has an amazing Basquiat exhibit running through November 6 (MoMA is closed BTW, reopening after a significant refresh at the end of October).

Wander through SoHo and the Bowery, stopping in at boutiques to lust over highly inappropriate things you’d probably never wear; maybe snag a great pair of shoes at a pop-up sample sale. For a change of pace, head to the Alchemist’s Kitchen for a tumeric latte and – if you’re feeling whimsical – a tarot card reading. No hippie hideout, this bright, upscale botanical apothecary sells natural skincare and (apparently totally legal) CBD chocolate bars, mints and other treats (to be consumed before you get back on the plane to Canada, of course).

Walking a lot means sore tootsies, so you’re going to want to fix that with a spa visit. The Great Jones Spa does group bookings and can accommodate up to four friends having body treatments at once. Plus, they have a “water lounge” with a three-storey waterfall that tumbles down next to the plunge pool and jacuzzi. It’s a pretty sweet place to chill and talk.

That all sounds great but one of my friends has never been to New York and is going to want to do some of the tourist stuff as well.

And so she should. The easiest way to pack in a lot of sights is with a tour – but not one of those double-decker sightseeing buses (though they can be a great way to get oriented in a new city). I suggest trying an art tour with a feminist slant, or a food tour that takes you through Little Italy. With a little bit of research, you’ll find a tour to cover almost every interest or aspect of culture and history in the city.

Because New York is always serving up something fresh and new, you’ll likely discover worthwhile “touristy” things that even you haven’t done, such as the One World Observatory or the Vessel at Hudson Yards.

Okay, that does all sound like fun. Last question: Any suggestions on where to stay?

How much do you want to spend? The Gramercy Park Hotel is rather swish, all lush velvet and rich colours, and the interior was designed by artist and director Julian Schnabel. It also boasts two of the city’s sexiest bars, but you’ll be spending about US$450 a night for a queen room. If that’s out of your budget, the Ace Hotel New York is hipster cool, with lots of exposed brick and industrial chic fixtures, and you can get single rooms from US$350 a night. Check the website for frequent deals.

Weekend Getaway from Toronto: Why Elora is the perfect fall escape
September 18, 2019 Weekend Getaway: Yes, Hamilton is well worth a visit
August 7, 2019 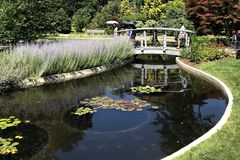 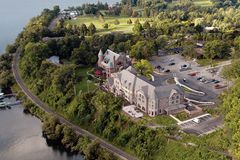