I’m in need of a weekend getaway, but not to the usual suspects. Caveat: I don’t want to cross any international borders.

Trust! It’s one of the destinations on The Globe and Mail’s places to go in 2019 list.

The city is in the midst of a major regeneration with some areas, such as the newly built ICE District, popping up where once there was nothing but parking lots. The River Valley Trail cuts through the heart of the city and is perfect for strolls, runs or cycling. And the food scene here is impressive.

In a way, yes. Part of it is Rogers Place, home to the Edmonton Oilers. But it’s a neighbourhood within a neighbourhood (the bigger one being the city’s downtown core). This summer will see the opening of the luxe JW Marriott, which will offer fantastic views of the city, particularly from Alchemy, the hotel’s cocktail bar on the fifth floor. As the district nears completion, you can expect more restaurants, markets, bars and other spaces, all connected through an elevated walkway that also goes to the hotel and everything else ICE.

Weekend Getaway: See a new side of Quebec City this spring

Budget travel: How to get away for cheap

So, I have a place to stay, but what is there to do?

Within walking distance you’ve got the Arts District, home to the recently relocated Royal Alberta Museum and the Art Gallery of Alberta, which this summer has major exhibitions about Vikings and South African artist William Kentridge. As well as 4th Street Promenade, technically 104th Street NW, where you can find a collection of boutiques, bars and restaurants. After you pick up a tasty souvenir at Jacek Chocolate Couture – where the sweets are so artistic you might not want to eat them – indulge at lunch at Bundok, with an ever-changing menu featuring seasonal ingredients, Asian-inspired Baijiu in the century-old Mercer Warehouse, or the plant-forward casual eatery KB & Co (Bundok’s neighbour), and have an afternoon beverage at Mercer Tavern (in the same building as Baijiu).

Is this a glimpse of that food scene you mentioned?

Yes, and there’s lots more in some unexpected places. Partake, for instance, just off 124th Street, is as unassuming as you can get. The French wine bar and restaurant is in a strip plaza, but once you walk through its doors, you’re transported to France. The small menu is dedicated to French classics such as aligot (potato fondue), coq au vin and escargots. The charcuterie boards are overly generous (a warning if you think it will be small starter). The wine list rotates and the cocktails are conversation pieces. Plus, there’s Bar Clementine, a destination cocktail bar, and Café Linnea, which gives an indulgent French twist to brunch. Oh, and this city has a thing for doughnuts. Hit up Doughnut Party before you leave town – it may be the most difficult food decision you make all weekend.

How am I going to digest all of that?

Get thee to the River Valley Trail. The city has more than 160 kilometres of trails, but even a short walk along the river and through tree canopies will have you forgetting you’re smack in the middle of the province’s capital. And definitely make room in the schedule for a visit to the newly opened Aga Khan Garden on the University of Alberta Botanic Garden grounds, roughly 15 minutes from downtown. An unexpected gift to the city from the Aga Khan, the 4.8-hectare botanical space incorporates nature into geometric architectural play and boasts forest paths and orchards, a reflecting pool and amphitheatre.

Wow. And you haven’t mentioned West Edmonton Mall once!

Edmonton seizes the opportunity that summer brings with it (read: sunshine and warmth) by going big with festivals, spring through fall. The International Fringe Festival is likely its most famous (second largest in the world only to Edinburgh, Scotland). Films, craft beer, music and even cats are celebrated with a festival (Edmonton International Cat Fest!). If you’ve got a particular hobby or passion you want to devote a weekend to, plan your trip accordingly.

The writer’s travels were subsidized by Explore Edmonton. It did not review or approve this article. 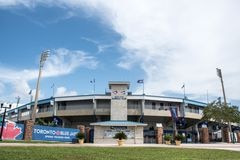 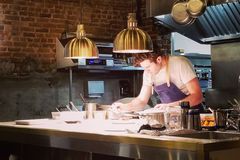 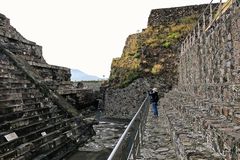