The Toronto Blue Jays have played their spring training home games in sleepy little Dunedin, Fla., for more than 40 years. Why should I go down there this year?

Three words: Vladimir Guerrero Jr. He’s the phenom son of a Hall of Famer, baseball’s hottest prospect and he wears a Blue Jays uniform. The husky, big-smiling teen will be at the Jays spring training ballpark in delightful Dunedin.

Yes, but he’ll be playing for the Jays at some point this season at Toronto’s Rogers Centre. Got another reason I should venture down to Dunedin Stadium?

Well, this is the last chance to watch the Jays play in the stadium as it currently exists. After this year’s spring training, the stadium (constructed in 1990 and last renovated in 2002) will undergo extensive modernization that will change the concrete-and-plastic tomb irrevocably. It’s not a pretty place, admittedly, and it’s tiny with little frills. But there’s a special charm to its simple offering of big-league baseball in a friendly, small-town facility. It is spring training baseball the quaint way God and Lloyd Moseby intended it to be. Tickets (US$20 to US$38) are available at mlb.com. Best to purchase in advance, as some games do sell out.

Interesting. Is there a tiki bar in the stadium’s outfield concourse?

No – there’s not even an outfield concourse. That will come next year, with, yes, a tiki bar.

Instead of ball boys, do they have women in Hooters uniforms, like they do at the Philadelphia Phillies ballpark nearby in Clearwater?

No. Dunedin Stadium just has baseball.

Do they have an outfield berm for picnics and blanket-sitting like they do at a lot of the other Florida spring training parks?

How about loud music and flashing lights like they have at Rogers Centre?

Okay. But my husband doesn’t like baseball. What’s he going to do in Dunedin?

That’s right. He’s a golfer. Are there places he can play?

First, my condolences. But, yes, there are two courses in Dunedin, including the illustrious Dunedin Golf Club, a semi-private course that opened way back in 1926. Babe Ruth played there. There’s also Dunedin Stirling Links, a public 18-hole par-three course. Plus, you know, it’s Florida. You’ll have plenty of options.

Where should we stay? I heard it’s tough to find a room in Dunedin in March.

That’s true, but it’s less of an issue now with the recent opening of the Fenway. The hotel, a historically important jazz age construction, originally opened in 1926 and played host to prominent explorers, musicians, politicians and ballplayers – including avid golfer Ruth. It hadn’t operated as a hotel since 1961, until it re-emerged last year as an 83-room luxury boutique place (rooms from US$264) with a chop house, resort-style swimming pool and a rooftop bar with a clear view of the water across the road. fenwayhotel.com

How close is it to the ballpark? I’d prefer not to drive so as not to interfere with my beer drinking.

The Fenway is within walking distance of Dunedin Stadium. As are a couple of other places I can highly recommend. The Meranova Bed & Breakfast is a lovely establishment (with a pool and gourmet breakfasts; rooms starting at US$215) right off Main Street in downtown Dunedin. The beloved former owners Frank and David sold the inn recently, but the new owners tell me they don’t intend to change much.

At this late date, however, you might have trouble booking one of the Meranova’s seven suites, apartments and one cottage. If so, the Best Western Plus Yacht Harbor Inn is a great option, with rooms beginning at US$252. It’s a breezy and unfailingly friendly motel right on the waterfront at the foot of Main Street. You can rent a bike there, in case you don’t want to walk to the ballpark. But, like the Fenway and the Meranova, it’s close enough to the stadium that you can almost smell the Ball Park Franks.

Ugh, hot dogs. No thanks. What about restaurants in Dunedin?

If you stay at the Yacht Harbour Inn, you can rent a room with a balcony that overlooks the Olde Bay Café. It’s an old wooden fish house, home to the Dunedin Fish Company, casual dining and a thriving patio that sits next to a marina. Choose from a menu of seafood and a few things for landlubbers. There’s a children’s menu, too. Try the corn-and-shrimp chowder and the twin crab cake dinner. I’ve eaten at the Olde Bay so often over the years that I’m beginning to grow gills.

Is there much of a beer selection there?

Absolutely. The Olde Bay is a big supporter of Florida craft beer, with a list of suds longer than my right arm – an arm, by the way, that is often raised to summon a friendly server for “something hoppy.” They have 21 rotating taps, featuring such satisfying beverages as Reef Donkey (an American pale ale from Tampa Bay Brewing Co.) and Mermaids Milk Stout (with toasted coconut and hints of dark chocolate, from Marker 48 Brewing). On March 23 and 24, the Olde Bay hosts the Dunedin Seafood Festival, where local brewers are well represented. Don’t worry if you’re not in town that weekend. There are nine micro breweries within walking distance of the café.

My husband is allergic to shellfish, but I love my lobster. Is there a place where I can get my claws into something with claws?

You’re in luck, madam. Not with your husband, obviously, but when it comes to lobster. Located right on the Pinellas Trail (for walking and biking) is the Lucky Lobster Co. Have at steamed Maine lobster, lobster pot pie, lobster B.L.T. sliders, lobster and shrimp quesadilla and, my favourite, lobster mac and cheese, a comfort-food arrangement of smoked Gouda and cheddar topped with seasoned bread crumbs. Dining is available indoors and out, and even if you don’t eat at the Lucky Lobster, the pristine patio is a great place to unwind. The staff will be happy to show the golf match on one of the big screens behind the bar for your husband. ​ 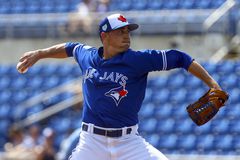